No Means No, Even if Rape Survivor Is A Woman of 'Easy Virtue': SC’s All-Women Bench

In a landmark judgment delivered on Tuesday, the bench has reversed the Delhi high court’s acquittal of four accused in a gang rape and restored the trial court’s conviction and sentence.

New Delhi: The all-women bench of the Supreme Court, comprising Justice R. Banumathi and Justice Indira Banerjee, has shown the difference women judges can make when dealing with rape cases, as opposed to male judges who seem unable to overcome their regressive, stereotypical views on rape.

In a landmark judgment delivered on Tuesday in Delhi v Pankaj Chaudhary and Others, the bench has reversed the Delhi high court’s acquittal of four accused in a gang rape and restored the trial court’s conviction and sentence.

Upon consideration of evidence of the rape survivor in a jhuggi and the medical report, forensic report and other evidence, the trial court had convicted the accused, sentencing each of them to undergo rigorous imprisonment for ten years. The Delhi high court allowed the appeal of the accused and set aside their conviction on the ground that the rape survivor was in custody with the police for prostitution during the time, when the rape was alleged to have taken place. The high court also directed registration of cases against police officials for fabricating false evidence against the accused.

The Supreme Court, however, found that the high court failed to appreciate the evidence of the rape survivor, which is corroborated by the medical evidence. The statement of the rape survivor was corroborated by that of her mother, who saw the accused leaving the crime spot and identified two of them in the trial court. The absence of external injuries on her does not tantamount to consent, nor does it discredit the version of prosecutrix, the Supreme Court held.

The Supreme Court upheld the trial court’s conclusion that even if the allegations of the accused that the prosecutrix is of “immoral character” are taken to be correct, it does not give any right to the accused to rape her. The bench relied on State of Maharashtra and Another v Madhukar Narayan Mardikar (1991), delivered by the Supreme Court earlier, to hold that even a woman of “easy virtue” is entitled to privacy and it is not open to any person to violate her and she is equally entitled to protection of law. Further, the evidence of such a woman cannot be thrown overboard merely because she is a woman of “easy virtue”.

The bench held in paragraph 23: “Even in cases where there is some material to show that the victim was habituated to sexual intercourse, no inference like the victim being a woman of ‘loose moral character’ is permissible to be drawn from that circumstance alone.” A woman of “easy virtue” also could not be raped by a person for that reason, the bench added.

The bench held that the high court clearly erred in placing reliance upon the complaints allegedly made against the prosecutrix to doubt her version and to hold that a false case has been foisted against the accused. The bench reiterated the well-settled principle of law that conviction can be sustained on the sole testimony of the prosecutrix if it inspires confidence.

The high court ought not to have heavily interfered with the verdict of conviction based on the alleged time gap in the registration of two FIRs and other discrepancies in investigation, to reverse it, the bench held. 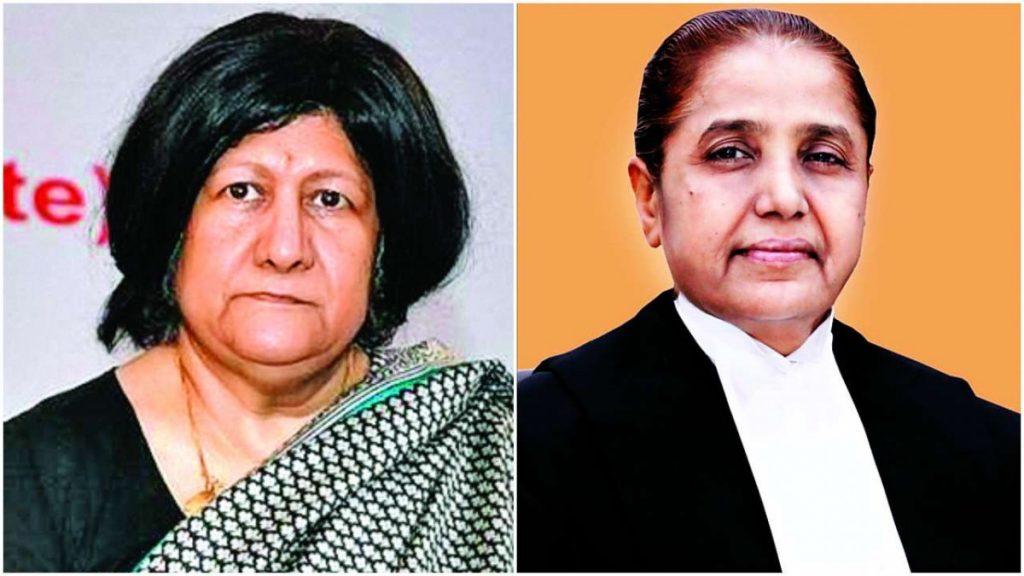 The high court, the bench found, erred in taking into consideration the materials produced before the appellate court, namely, the alleged complaints against the rape survivor and other women that they were engaged in prostitution. Even assuming that the prosecutrix was of “easy virtue”, she has a right to refuse to submit herself to sexual intercourse to anyone, the bench emphasised and restored the sentence of ten years imposed on the accused by the trial court.

The judgment, authored by Justice Banumathi, aptly ignores the previous judgment, delivered by another bench on October 4, 2016 in Raja & Others v State of Karnataka, considered regressive by most observers. Authored by Justice Amitava Roy, for himself and for his brother Judge, Justice Pinaki Chandra Ghose, this judgment interpreted the same set of facts, noticed in State v Pankaj Chaudhary, differently, influenced by stereotypes. In this case, the trial court acquitted the accused of the charge of gang rape. The Karnataka high court reversed the acquittal, and sentenced the three of the four accused to rigorous imprisonment of ten years. The fourth accused was absconding.

The contrast with an all-male verdict

In Raja v State of Karnataka, the Supreme Court held that the credibility and trustworthiness of the victim’s version is the decisive factor to adjudge the culpability of the appellant-accused. Thus, the bench relied on the inconsistencies in her version of the events to discredit her. “Her conduct during the alleged ordeal is also unlike a victim of forcible rape and betrays somewhat submissive and consensual disposition. From the nature of the exchanges between her and the accused persons as narrated by her, the same are not at all consistent with those of an unwilling, terrified, and anguished victim of forcible intercourse, if judged by the normal human conduct”, the bench held.

Also Read: A Look Back at Chief Justice Dipak Misra’s Errors of Commission and Omission

The bench also noted that her conduct after the incident and movements were “noticeably unusual”. And what was it? She wandered around the place to collect information so as to teach the accused a lesson, the bench said. “Her avengeful attitude in the facts and circumstances, as disclosed by her, if true, demonstrably evinces a conduct manifested by a feeling of frustration stoked by an intense feeling of deprivation of something expected, desired as promised. Her confident movements alone past midnight, in that state are also out of the ordinary”, the bench added.

The bench in Raja v Karnataka believed that because the victim was “accustomed to sexual intercourse”, when admittedly, she was living separately from her husband for one-and-a-half years before the incident, also had its own implication. “The medical evidence as such in the attendant facts and circumstances in a way belies the allegation of gang rape”, the bench concluded, and acquitted the accused, giving them the benefit of doubt.

By denying Raja v Karnataka any precedential value, Tuesday’s all-women bench of the Supreme Court has corrected an aberration in the court’s recent jurisprudence. Needless to add, had the Banumathi-Banerjee bench written the judgment in Raja v Karnataka, the outcome would have been very different.