The decision could set a precedent for other state to bypass the landmark Land Acquisition Act of 2013 by using state legislations instead. 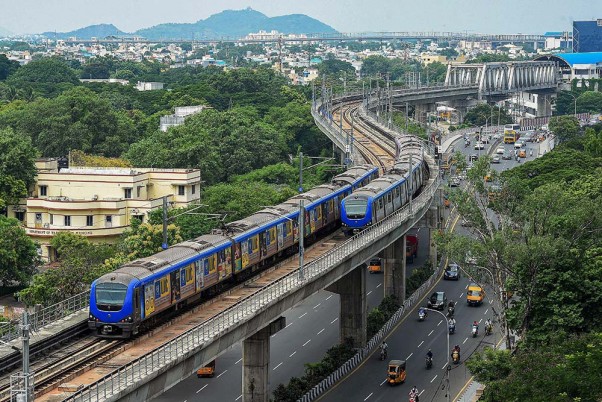 The Supreme Court on June 29 has stamped its approval on Tamil Nadu’s decision to revive three state laws and retrospectively bypass the 2013 land acquisition and rehabilitation law to acquire private property.

The apex court’s verdict opens the doors for other states to follow suit.

The 2013 law, the Right to Fair Compensation and Transparency in Land Acquisition, Rehabilitation and Resettlement Act or simply LARR, replaced the 100-year old colonial Land Acquisition Act. The colonial legal regime had allowed forceful acquisition of lands and arbitrary compensation payouts, sparking decades of land conflicts between the state and people. The LARR, passed by the erstwhile UPA government and with support from the Bhartiya Janta Party (then in opposition), came with more favourable provisions for those losing their lands, such as social impact assessments, a fixed range of compensation and need for public consent before acquisitions.

When it came to office, the BJP government amended the law to weaken it. It later withdrew these changes in the face of protests. But subsequently it allowed a number of state governments (across the political spectrum) to make similar amendments at their level.

Tamil Nadu went a step further. It tried to bypass the LARR altogether. It amended the LARR to exempt its application to three old state land acquisition laws that were similar to the colonial Land Acquisition Act. Maharashtra and Karnataka followed suit.

The Madras high court struck down this move in 2019, saying the old laws stood invalidated after the LARR was enacted. The Tamil Nadu government then passed a state law that revalidated the laws. Landowners filed a petition against this revival in the Supreme Court. The court has now pronounced that the revival of the laws was a “legitimate legislative exercise”.

It was “beyond debate that a legislature can validate an invalidated law by removing the cause for such invalidity through a legislative exercise,” the judgement read.

The court also held that Article 254 (2) of the Constitution allows states to deviate from the LARR as long as they have the consent of the president of India. The president, acting under the advice of the BJP-led Union government, has consented to all LARR amendments by states.

The judgement “opens the door for similar legislations by other states” and comes at a time when the LARR is facing several setbacks and reversals, said Madhuresh Kumar of the National Alliance of People’s Movements, which is a petitioner in a Supreme Court challenge to the dilutions to the LARR. “The 2013 law came about after a lot of struggle. It was not the best law, but it was better than the 1894 law as it recognised certain principles like seeking people’s consent and conducting social impact assessment. We thought we would build upon those principles. But instead states have circumvented the law and courts have also not stood for the rights of the people,” he said, citing the recent verdict and the March 2020 judgement interpreting Section 24 of the law.

Tamil Nadu’s revival of laws was with effect from 2013, so the Supreme Court judgement now regularises all the acquisitions done since then under state laws, which were put on hold by the high court. These include acquisition for the Chennai Metro Rail that has been opposed by affected people.

But this may not be the final word on the issue. The Supreme Court said it will now hear another challenge from a group of landowners in the state. They have argued that the validity of state laws along with the LARR would violate their right to equality under Article 14 of the Constitution.

After the LARR came into force on January 1, 2014, many states diluted the 2013 law as it applied to their territories. Under the Constitution, land acquisition is a ‘concurrent list’ subject over which both the state and union government can make laws.

Most states, including Gujarat, Jharkhand and Telangana, amended the LARR to exempt some of its provisions from applying to certain types of projects. For instance, Gujarat exempted acquisitions for infrastructure projects from doing a social impact assessment.

But Tamil Nadu mounted a more ambitious challenge to the LARR. It decided to exempt the LARR entirely from acquisitions for certain categories of projects, including industrial and infrastructure projects. The state revived three outdated laws (here, here and here) that were largely used for acquiring land for such projects. In fact, two of the laws – on land acquisition for industrial purposes and highways – account for a majority of land acquisitions in the state. The laws are similar to the repealed colonial land acquisition law and allow forceful acquisition of land without social impact assessments, consent or other provisions of the LARR.

The state’s attempts were struck down by the Madras high court in 2019 in a petition filed by landowners affected by acquisition for highways and projects like the Chennai Metro Rail. The court said that the state laws were inconsistent with the LARR and were hence rendered void on the day the LARR became law. Two weeks later, the state government nullified the court’s verdict through a state legislation, which again revived the three laws. Now, the Supreme Court has upheld this nullification of the high court verdict.

The legal arguments over Tamil Nadu’s actions centre around interpretations of Article 254 of the Constitution, which governs inconsistencies between state and Union laws on the same subject. Article 254 (2) says a state law inconsistent with a Union law can remain in force only if it is assented to by the president. Otherwise, it is rendered void.

The Supreme Court’s judgement, delivered by a bench comprising Justices A.M. Khanwilkar and Dinesh Maheshwari, holds that when a state law is rendered void due to Article 254, the state legislature can still revive the law through an amendment “substantively changing the basis of voidness”. And it can do this retrospectively.

The court held also that once the requirements of Article 254 (2) were followed by the state legislature, any inconsistency between state and central laws becomes “inconsequential” and is “said to have been Constitutionalised.”

Consequently, the court held that there was no point in analysing whether the Tamil Nadu state laws were inconsistent with the LARR. In its words, “the whole exercise of pointing out any repugnancy after a validating Act has obtained the assent of the President is otiose”.

The court also said the Tamil Nadu legislature had followed the lawful procedure in nullifying the high court judgement.

Tamil Nadu, which was represented by Attorney General K.K. Venugopal, had argued that it enacted the 2019 law reviving the state laws “keeping in mind the State interest, public interest and land owners’ interest”.

According to the judgement, the state government’s letter to the president seeking his assent to the 2019 Act had said that the saving and revival of state laws would have a “strong bearing on the public exchequer”.

The court may still put an end to state land acquisition laws. Its decision concerns only the legality of Tamil Nadu’s revival of laws and nullification of the high court judgement in 2019.

The court has not yet heard a clutch of related petitions from landowners arguing that reviving state land acquisition laws violates citizens’ right to equality before the law under Article 14 of the Constitution. The court had said it would take up these petitions after deciding the legality of the 2019 revival.

The Article 14 question stems from how state laws apply only to specific kinds of projects. Acquisition for other projects would still be done using the LARR.

So, a landowner having their land acquired for an industrial estate would face the harsh provisions of the state law, but a landowner facing acquisition for, say, an educational institute would be entitled to all benefits of the LARR.

Such discrimination among citizens on the basis of purpose of acquisition violates Article 14 of the Constitution, which says all citizens are equal before law, the petition argues.

The court has also said it would hear “all other issues not dealt with in this judgment in relation to the validity of State enactments in the other pending cases arising from the decision of the high court”.

If the court upholds the landowners’ argument, it would make land acquisitions under state laws illegal again, in Tamil Nadu and elsewhere in the country. The story of states bypassing the LARR is not over.