Taking a dim view of how Muslims have been represented in the show, the bench cited the fact that the show "contained a pictorial representation of a Muslim with a beard, skull cap and green face, with flames in the background." 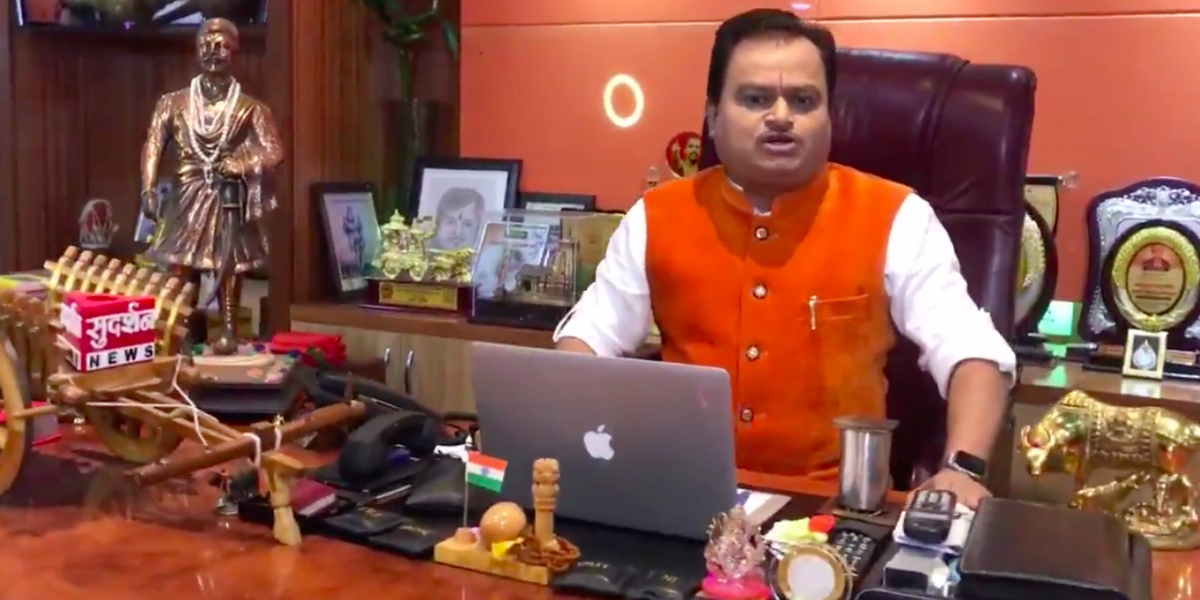 New Delhi: The Supreme Court on Friday questioned Sudarshan TV over its ‘Bindas Bol’ programme, which had claimed to be a big expose on the conspiracy by Muslims to infiltrate into government service, and asked whether the media can be allowed to target whole communities.

On September 15, the top court had restrained the channel from telecasting episodes of the show, saying that it appeared to vilify Muslims.

Taking a dim view of how Muslims have been represented in the show, the bench, led by Justice D.Y. Chandrachud cited the fact that the show “contained a pictorial representation of a Muslim with a beard, skull cap and green face, with flames in the background.”

According to LiveLaw, Justice Chandrachud said that even the live chat aired on the topic on Sudarshan TV had an objectionable tenor “because of comments such as ‘Chor ki daari mein tinka. Yahaan pe chor bhi hain, daari bhi hain‘.”

The apex court, while hearing a plea against the programme, said the channel is entitled to break a story but it cannot brand the entire community and alienate them by doing such stories.

“This is the real issue. Whenever you show them joining civil services, you show ISIS. You want to say that Muslims joining civil services is a part of a deep-rooted conspiracy. Can the media be allowed to target whole set of communities?” the bench, also comprising Justices Indu Malhotra and K.M. Joseph, said.

“Painting all candidates as carrying out an agenda shows the kind of hatred. This is the element of concern,” said the bench.

“Here free speech becomes hatred. You can’t brand every member of the community. You alienate the good members too by divisive agenda,” it said.

Also read: Sudarshan TV’s ‘UPSC Jihad’ Episode is an Assault Not Just on Muslims but on the UPSC Too

The bench told senior advocate Shyam Divan, who was representing Sudarshan TV, that the court has no problem with the story on investigative journalism on funding from terror linked organisations but it cannot be said that Muslims are carrying out some agenda by going for UPSC services.

“Let a message go to media that a particular community cannot be targeted. We have to look after a nation of the future which is cohesive and diverse,” it said, adding, “Let this message go to the media that the country cannot survive with such agenda.”

“We are a court and seen as to what happened during emergency and it is our duty to see that the human dignity is preserved,” said the bench.

During the hearing conducted through video-conferencing, Divan said the channel has no problem with any individual from any community joining the civil services on merit.

“Channel wants to complete the broadcast. We are not running away anywhere. As far as the four episodes are seen as whole then a cuss word here and there should not ignite the jurisdiction of this court to impose a pre-telecast ban,” he said.

However, the bench said, “Look at the tenor of the statements. Audience says all things which has been elicited by the show. We have no issue with the NGO or sources of funding. There issue is you implicate a whole community as taking over the civil services.”

Divan told the bench that channel would file an affidavit with regard to the alleged offensive content of the programme as pointed out by the court.

The bench observed, “We know how an injunction order will be looked like. I am afraid that there will be injunctions galore and we don’t want that to be the law of land. We want to give your client a good faith option.”

Earlier in the day’s proceeding, the bench asked Zakat Foundation, an NGO which provides training to students aspiring for civil services, whether it wanted to intervene in the case following allegations of foreign funding from some terror linked organisations to its Indian set up.

The bench told senior advocate Sanjay Hegde, appearing for Zakat Foundation, that an affidavit filed by Sudarshan TV has allegations of foreign funding against his client.

In its affidavit, Sudarshan TV through the channel’s head Suresh Chavhanke, has said:

“The Answering Respondent [Chavhanke] has used the words UPSC Jihad because it has come to the knowledge… through various sources that Zakat Foundation has received funds from various terror-linked organizations.”

The bench told Hegde that some Foreign Contribution Regulations Act (FCRA) records with regard to foreign funding have been filed by the TV channel and it is upon his client to intervene in the matter or not.

Hegde said Zakat Foundation does not conduct any residential programmes and only pays the fees of the IAS coaching classes. He added that his client is a charitable organisation and has been supporting non-Muslims as well and this kind of social service is not known even in government circles.

The channel has also filed an application in the apex court seeking live telecast of the hearing in the matter.