In 2016, the Supreme Court examined whether a person in public office can dismiss as a “political conspiracy” a victim's complaint of sexual violence. 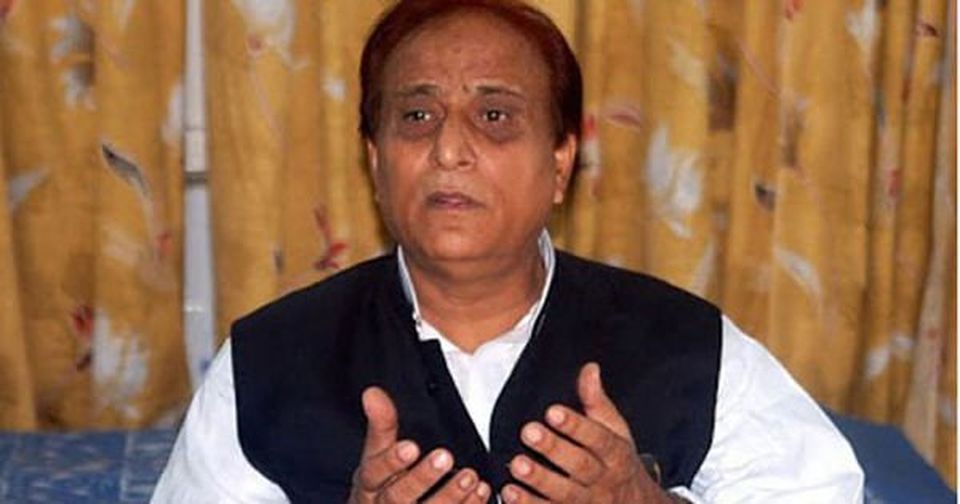 This is not a piece about any recent occurrence in the Supreme Court. This is a report of a case filed in 2016 that was last listed in 2017. Any sense of déjà vu it inspires and any resemblance to any other proceedings, pending or disposed of, is purely coincidental. Any fatal injuries caused to irony are unintended.

On August 1, 2016, Azam Khan, then a minister in the Samajwadi Party government in Uttar Pradesh, was asked by a reporter at a press conference to comment on the incident of rape that had taken place in Bulandshahr earlier that year.

He replied saying, “Politics has fallen to such a low that we also have to be cognisant of the possibility that some persons with an ideology opposed to the government are organising crimes in the state to malign the government before the election. … The issue itself is extremely serious, not only the three shocking incidents of rape that have taken place at a time but also what is the truth behind the incidents, that must come out.”

The media went to town with the statement, with newspaper headlines screaming that Khan said the Bulandshahr rapes were a “political conspiracy and nothing else”.

Also read: The Smothering of Justice at India’s Highest Court

The father of the rape victim approached the Supreme Court under Article 32 by way of Writ Petition (Criminal) No. 113 of 2016, and claimed that Khan had publicly insulted the victim. He also said he had become disillusioned about the possibility of a fair investigation in Uttar Pradesh because of Khan’s public addresses, and demanded that the case be transferred to another state.

The petitioner argued that the petition was maintainable under Article 32 as his daughter’s right to a life of dignity under Article 21 had been violated by Khan calling her a liar and a political pawn, and denying her victimhood.

Justice Dipak Misra, who later went on to become the chief justice of India, issued notice to Khan and asked him to file a reply. The court framed four questions which it felt were important and needed the court’s consideration. These questions deserve to be reproduced in full and to be read carefully:

“(a) When a victim files an F.I.R. alleging rape, gang rape or murder or such other heinous offences against another person or group of persons, whether any individual holding a public office or a person in authority or in-charge of governance, should be allowed to comment on the crime stating that “it is an outcome of political controversy”, more so, when as an individual, he has nothing to do with the offences in question?

(b) Should the “State”, the protector of citizens and responsible for law and order situation, allow these comments as they have the effect potentiality to create a distrust in the mind of the victim as regards the fair investigation and, in a way, the entire system?

(c) Whether the statements do come within the ambit and sweep of freedom of speech and expression or exceed the boundary that is not permissible?

“Show me the man and I will show you the crime.” These famous words of Lavrenti Beria, the chief of the Russian secret police and architect of Stalin’s reign of terror, are generally quoted as the antithesis of the rule of law. So let us engage in an academic exercise to evaluate where we emerge in relation to our commitment to the rule of law.

Also read: The High Barriers to Justice For Women

(b) Would statements such as calling the complaint “wild and scandalous allegations” create distrust in the mind of the victim, and if so, should they be allowed to be used in official orders? Should representatives of the institution being in the position of ‘state’, such as the secretary general, be permitted to issue a statement, without a proper inquiry having been conducted, calling the allegations false and saying that “there are mischievous forces behind all this, with an intention to malign the institution”?

What if the institution in its response felt that it was “extremely relevant” to mention “that the concerned individual and her family have criminal antecedents”? What if an enquiry was ordered into who was behind the conspiracy even before any inquiry was initiated into the allegations of sexual harassment themselves? Would the victim feel that her case had been pre-judged?

(c) Would such statements be permitted as free speech or be covered under any other protection granted by law?

Coming back to Azam Khan’s case, although Khan had not actually denied the victim her victimhood or accused her of making a false allegation and had merely blamed political conspirators of committing the crime against her to create unrest against the incumbent state government, the court refused to even view the recording of the speech or inquire into the facts at all. Instead, the court took the allegation at face value, after briefly toying with the idea suggested somewhat sarcastically by amicus curiae Fali Nariman of issuing notice to sundry newspapers to ask how they had all got it wrong if Khan hadn’t said it.

The court then proceeded to ask Khan to submit an unconditional apology. Two days of hearing were dedicated only to debating whether the expression “the answering Respondent unconditionally and without reserve expresses his sincere and heartfelt remorse” used by Khan in his affidavit satisfied the requirement of an apology. Dictionaries and lexicons were pulled out, and finally, Azam Khan was let off the hook on the basis of this apology.

These questions are therefore still at large. Perhaps the time has come for these questions to be answered. But then again, who will constitute the bench?

Nizam Pasha is a lawyer who practices primarily in Supreme Court but can be seen these days trying to pass off as a High Court lawyer to avoid derision. He can be reached on Twitter @MNizamPasha.