Debate: Should the Supreme Court Merely Stand By While Its Judgments Are Misrepresented?

If the court were to issue a comprehensive statement on secularism, it will most likely raise the cost for political parties of undermining it. 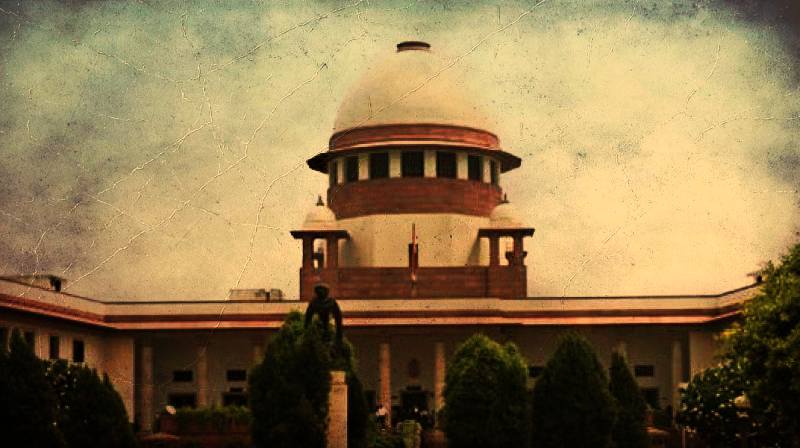 Working to preserve secularism requires not merely a judgment in good faith, but also a strong commitment to counter the reign of illusions and misrepresentations about court judgments. Credit: PTI

We are grateful to Rahul Unnikrishnan for a thoughtful engagement with our recent piece on secularism and the Supreme Court. It presented us an opportunity to reflect upon some of our arguments and how they might be perceived. Most of what we say here is, therefore, in the nature of an explanation and a gentle provocation.

We agree with Unnikrishnan that the interpretation of Section 123(3) of Representation of the People Act, 1951 was the main concern of Abhiram Singh, heard recently, but we disagree with his conclusion that this actually prevented the court from considering the import of Justice J.S. Verma’s ‘Hindutva’ remarks from 1995. In fact, we believe that any court concerned with the fair and serious implementation of its orders should address the confusions that besiege it and the fact is that Justice Verma’s characterisation of Hinduism “as a way of life” introduced a confusion in the reading of Section 123 (3) that survived the reasoning of Abhiram Singh.

To be clear, the confusion is not about the nature of Hinduism or whether it is a way of life or not, but whether an appeal based on a ‘way of life’ is barred by Section 123(3) even as we speak. Justice Verma’s gratuitous remarks on Hinduism in Ramesh Prabhoo were construed as legitimising Hinduism-based appeals in electoral politics and rehabilitating the spirit of Section 123(3) required addressing this perception frontally, not by being restricted by referral orders.

The court could have said that all religions are “a way of life” that their followers swear by and being so is not sufficient to save them from the scrutiny of Section 123(3). What else is the point of purposive interpretation undertaken by the Abhiram court, if not to assert that any coded appeal based on identities or ways of life that slights the equality of individuals and communities, would be penalised? Did Abhiram broadcast this message categorically? Possibly not, and that is why we see it as a missed opportunity shaped in parts by the evasiveness of the court.

As recently as in the Puttaswamy judgment, the court went beyond its ‘formal’ role to opine on the implausibility of Suresh Koushal and ADM Jabalpur in a judgment that is seen as laying a new foundation for civil liberties in India. Could Justice Chandrachud have strictly limited himself to the questions referred to the constitution bench? Probably, since Suresh Kaushal and ADM Jabalpur didn’t feature in the terms of reference (see Section A of the judgment). But that would have meant shying away from acknowledging the practical consequences of the Puttaswamy judgment.

A judgment on privacy cannot un-see the challenges to privacy under any proper conception of the judicial role. In fact, all the judgments relayed by the Supreme Court, and especially ones that involve deliberations by a constitution bench, should understand that a judgment is not merely what it says, but all that it implies, all the assumptions it rests on and all the natural, foreseeable consequences flowing from it. To register only the textual presence of a judgment, while projecting innocence about its purpose and consequence is naivety of a high order.

Looking beyond the separation of powers

On the question of what role the court defined for itself in preserving secularism, and under what constitutional authority, we relate with Unnikrishnan’s anxieties about separation of powers. These are old and legitimate anxieties, but they co-exist with other equally legitimate anxieties about the health of constitutionalism, protection of minority rights, the pervasiveness of discrimination and the rule of law.

Working to preserve secularism requires not merely a judgment in good faith, but also a strong commitment to counter the reign of illusions and misrepresentations about court judgments of the kind we have seen in the Haj subsidy, triple talaq and uniform civil code debate. In each one of these debates, court orders were misrepresented in the public sphere and eventually misappropriated for narrow political purposes.

Can the court be a bystander to the deliberate misrepresentations of its judgments? Does the court not have sufficient ‘constitutional authority’ to clarify and restate the implications of its own judgments? Secularism needs more than a long list of scrupulous judgments; it needs an atmosphere. And it is well within the court’s remit to check the pollution caused to this atmosphere where constitutional values breathe. In a country that is majorly Hindu, in a democracy that is deeply majoritarian and marginalising, in an atmosphere that is polarised beyond recognition, is it not right for the Supreme Court to shed its formalism and imagine new ways of making politics accountable? At a very fundamental level, that is precisely what it means to be a custodian of the constitution, a gatekeeper against constitutional breaches, a protector of constitutional values.

To be sure, we are not defining a permanent institutional posture for all seasons, we are only nudging the Supreme Court to anticipate, register and resist the misrepresentations and misappropriations of its well-meaning orders.

The primary responsibility is certainly to frame a coherent constitutional vision through well-reasoned judgments but when they do not suffice, we cannot afford an unsuspecting court that allows itself to be played by the political branches and remains a mute spectator to the pillage of constitutional values. To borrow the phrase of Pratap Bhanu Mehta, the Supreme Court has been deft in “the art of democratic positioning” in the past, and it must be well aware of its inherent powers under Article 142 as well as its illustrious record to doubt its own resourcefulness in managing this situation.

Perhaps it is once again time for the court to adopt tactics that speak to the changing temperament of Indian politics. We are not naïve to suggest that this can be a long-term strategy and will not impose its own cost, but our hope is that Supreme Court can make it more difficult for political parties to deal in prejudice. The politics of justification requires the court to adopt an approach where it infuses greater rigour, coherence and comprehensiveness in its public reasoning, thereby raising the bar of justification for political branches. Should the court issue a comprehensive statement on secularism, it will most likely raise the cost for political parties to undermine it. Whatever be its efficacy, it will not let politics take law for granted. For this reason alone, it is not a strategy to be dismissed without a trial.

The symbolism of the Supreme Court in politics

Everything from words to gestures to abstentions at the top court has considerable sway in a political society. Supreme Court judges have often been imagined as teachers to the citizens and political community at large, their judgments well-considered and unflustered reflections on complex questions of law and governance. They people the lighthouse that steers and propels public debate away from oppressive identities and inflamed emotions.

In fact, the legitimation hypothesis holds that public opinion often adjusts to align itself with the view of the Supreme Court. This itself is a function of the respectability and legitimacy that the court commands, and maybe also the intractability of legal discourse. But once the court has decided, it is more likely that the public will consider it to be the right outcome. One cannot fault an ordinary citizen for imagining the Supreme Court as the temple of truth and justice. “The honourable Supreme Court has observed” is a familiar refrain in public conversations, often employed to shift the scales in favour of an argument. The court must not lose sight of its essential expressive role and legitimacy-conferring potential in these cases.

Given the communicative responsibility of the Supreme Court in our contested politics, these judgments signify much more than typical legal adjudication and have enduring effects beyond the issues and parties involved. As the journeys of Ramesh Yashwant Prabhoo, Shayara Bano and Rafiq Bhikan (Haj subsidy case) reveal, they are often co-opted for ideological legitimisation and narrow political purposes. No amount of retrospective regret can make up for the poisoning of public life caused by it. The court must, therefore, be foresighted, alert and surefooted to force politics to meet the burden of justification if it is serious about constitutional-gatekeeping.

Satya Prasoon and Ashwini Tallur are lawyers working with the Centre for Law and Policy Research, Bengaluru. They are associate editors for the Supreme Court Observer Project. Views are personal.