A constitution bench delivered a unanimous verdict against the colonial-era law that criminalised 'unnatural sex'.

New Delhi: A Supreme Court constitution bench on Thursday pronounced a unanimous verdict – in four concurring judgments – scrapping the provisions of Section 377 of the Indian Penal Code, which criminalise ‘unnatural sex’ between consenting adults, and was effectively used to criminalise homosexual relations in India for more than a century.

The judgment decriminalises sexual acts between consensual adults and brings the curtains down on a decade-long legal struggle that saw the Delhi high court first strike down Section 377 as unconstitutional only to have the Supreme Court bring it back into play.

The parts of Section 377 pertaining to sex with animals and children will remain, the court said.

On Thursday, four separate but concurring judgments were delivered, authored by CJI Misra, Justice Chandrachud, Justice Nariman and Justice Malhotra. The chief justice began by reading the judgment by him and Justice Khanwilkar, saying, according to LiveLaw, “Section 377 is arbitrary. The LGBT community possesses rights like others. Majoritarian views and popular morality cannot dictate constitutional rights. We have to vanquish prejudice, embrace inclusion and ensure equal rights.”

The team of lawyers outside the #SupremeCourt after #377Verdict #Section377 pic.twitter.com/EeXzT9sI8M

The bench has overruled the Supreme Court order in the Suresh Kumar Koushal case, which re-criminalised ‘unnatural sex’, Bar and Bench quoted CJI Misra as saying. “Sexual orientation of an individual is natural and discrimination on the basis of sexual orientation is a violation of freedom of expression,” the court said. “The provision of IPC had resulted in collateral effect in that consensual sex between LGBT persons is criminalised, and is violative of Article 14, Supreme Court.”

Justice Nariman delivered his judgment next, saying that the Suresh Kumar Koushal was no longer good law in view of the NALSA and Puttaswamy judgments. He also said that “homosexuality cannot be regarded as mental disorder” and “homosexuals have the right to live with dignity”.

Justice Chandrachud delivered his judgment after Justice Nariman, saying, “Section 377 inflicts tragedy and anguish; it has to be remedied.”

“This case is much more than just decriminalising a provision It is about an aspiration to realise constitutional rights and equal existence of LGBT community as other citizens,” Chandrachud continued. He too brought up the right to privacy judgment from last year, “To deny the LGBT community of their right to sexual orientation is a denial of their citizenship and a violation of their privacy. They cannot be pushed into obscurity by an oppressive colonial legislation.”

He added that IPC Section 377 has been destructive to the LGBT identity.

Justice Malhotra read out her judgment last, saying that history owes an apology to those who have been persecuted and socially ostracised because of Section 377.

Section 377 of the Indian Penal Code criminalises “unnatural sex”, with “natural sex” being between a man and a woman and of the penile-vaginal variety. This obviously discriminates against other forms of sexual expression between consenting adults, especially among India’s sexual minorities.

These were the 64 words of Section 377 in the IPC which the court was deliberating on:

This repressive section is a colonial legacy, given to India by the British, and has been a part of Indian laws in some form or the other for close to 165 years now. “Unnatural sex” is of course no longer illegal in Britain itself, but India has chosen not to shed this colonial artifice.

Modi government did not oppose petitions

During the hearing, the Narendra Modi government told the Supreme Court that it will not be opposing the petitions challenging Section 377. Additional Solicitor General Tushar Mehta said that the government will be leaving the decision to the court, but asked that the court not rule on related matters such as marriage rights for the LGBT community.

The government took several months to file its response in the case, leading to speculation on whether or not it would be opposing the plea. 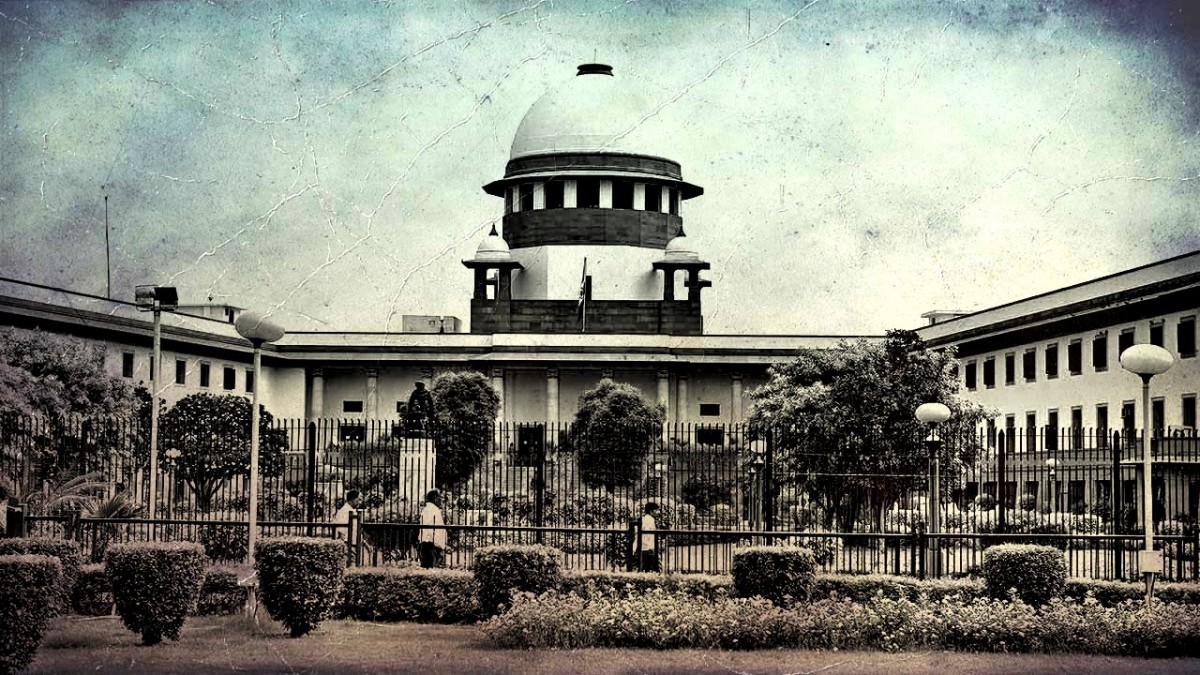 While Hindu, Muslim and Christian religious groups were all active during the earlier hearings on the de-criminalisation of Section 377, this time around, only three Christian groups challenged the petitions. The bench had asked these groups how this would impact their religious freedom. “What is its impact on your religious freedom?” asked Justice Nariman. “You go ahead and practice your religion.”

Suresh Kumar Koushal, who had unexpectedly won the re-criminalisation of Section 377 after the Delhi high court had de-criminalised it, also took his opposition to the court. “As a logical person, I can understand there is some problem with this section. But will the cure be worse than the disease, we have to see,” his lawyer, Soumya Chakraborty, said. He gave the example of “group sex” and said, “To what extent will they ask for liberty?”

A law that has been challenged before

As The Wire has reported before, Section 377 has seen several challenges in the past, including one that was temporarily successful. In July 2009, the Delhi high court de-criminalised gay sex.

“We declare section 377 of Indian Penal Code in so far as it criminalises consensual sexual acts of adults in private is violative of Articles 21, 14, and 15 of the Constitution,” said a division bench of the Delhi high court, comprising Chief Justice A.P. Shah and Justice S. Murlidhar (Naz Foundation vs Government of NCT of Delhi and others).

However, this relief was short-lived. The Delhi high court’s judgement was appealed in the Supreme Court, and the apex court overturned the judgment in December 2013.

“Section 377, which holds same-sex relations unnatural, does not suffer from unconstitutionality,” said a two-judge bench of the Supreme Court, comprising of Justices G.S. Singhvi and S.J. Mukhopadaya.

This decision was then appealed in the Supreme Court via a review petition, and the last known status was that of a pending curative petition. This has now taken a backseat, and was not the case the Supreme Court was hearing while pronouncing its verdict today.

In January this year, Chief Justice of India Dipak Misra called out an old 2016 petition and listed it for January 8. This petition was Navtej Singh Johar and others versus Union of India, filed in 2016, after the Supreme Court struck down the Delhi high court order.

There are five petitioners in this 2016 petition. All five are well-known and publicly successful professionals from the field of dance, journalism, hospitality and business – Navtej Singh Johar, Sunil Mehra, Ritu Dalmia, Aman Nath and Ayesha Kapur.

The 2016 petition was tagged with another 2016 petition, Akkai Padamshali versus Union of India. This second one pertains to the rights of transgender persons.

After the CJI announced his decision to hear these old petitions, four new writ petitions were filed this year, including by petitioners who were a part of the original Naz Foundation challenge to Section 377, which won the de-criminalisation case in the Delhi high court in 2009.

The petitioners in the #Section377 matter outside the #SupremeCourt with advocates @MenakaGuruswamy and @arundhatikatju pic.twitter.com/xg5QNQypP8

All of these petitions were tagged together, so the Supreme Court was hearing six petitions at the same time when it decided to de-criminalise homosexual sex.