Police across the country continue to use section 66A to book people for making offensive comments on social media, blissfully unaware of its deletion from the IT Act. 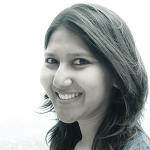 Last November, police in Sheopur, Madhya Pradesh arrested 25-year-old Sattar Khan for allegedly making offensive remarks about the RSS chief on social media. Reacting to pressure from angry protestors, the police filed a criminal case against Khan. But months later, the police were in a fix. “We don’t know how to proceed because we came to know later that the Section 66A was struck down by the SC [Supreme Court],” a police officer told the Indian Express.

The police officer’s dilemma shows the huge gap between judicial pronouncements by courts and their implementation on the ground.

In March 2015, months before Khan’s arrest under section 66A of the Information Technology Act, the Supreme Court struck down the provision, ruling it unconstitutional and void.

Section 66A was a broadly worded provision for regulating anyone using a computer or other electronic communication device. It prohibited content that was “grossly offensive,” had “menacing character,” or caused “annoyance” or “inconvenience” and provided for up to three years of imprisonment for those convicted under the act.

Before the Supreme Court overturned the law, it was mostly used to arrest peaceful critics of politicians or state policies – including two students complaining about a political strike on social media.

Many in India and around the world welcomed the decision as a big win for freedom of expression online .

However, annual crime data that was recently released by the government raises the serious concern that this unconstitutional law may still be in use.

According to the National Crime Records Bureau (NCRB), 4,154 new cases were filed and 3,137 people arrested under section 66A in 2015. The numbers are for the whole year and no monthly disaggregation is available, but it’s highly improbable that all these cases were filed before the law was scrapped in March, especially when compared to data for 2014, when 4,192 cases were filed and 2,423 people were arrested.

An officer at the NCRB told Human Rights Watch that these numbers are for both section 66 and 66A but, because of a printing mistake, the report only mentions 66A. However, he added that it is entirely possible that the police are still filing cases under 66A. “All court judgments don’t reach the level of [the] police station,” he said.

Government data also shows that over 1,200 of these people remained in police custody at the end of 2015, pending investigation or trial. Indeed, two weeks after the Supreme Court judgment, in April 2015, Mumbai police used Section 66A to file a complaint against a man who had allegedly posted offensive remarks against Prime Minister Narendra Modi on a social networking website. In March 2016, police in Madhya Pradesh arrested Mohammed Danish under 66A for posting a comment on social media against the RSS chief.

Soon after the Supreme Court ruling, police in some places, such as Uttar Pradesh, Mumbai, Chandigarh and Jammu and Kashmir said they would begin a review of all pending cases under 66A. A year and a half later there is little information on the progress of such reviews and the status of pending cases in other states.

There are numerous examples to show that police in India are poorly trained when it comes to using laws that restrict the freedom of expression. For instance, in filing cases under the sedition law, police routinely ignore or defy Supreme Court guidelines on the sedition law – which limit the scope of the law by requiring evidence that the person being charged with sedition incited people to violence. Earlier this week, the Supreme Court, ruling on a petition that argued that the sedition law was being misused to “instil fear and scuttle dissent,” reminded the authorities that, “[s]omeone’s statement criticising the government does not invoke an offence of sedition or defamation.” It is therefore vital that police, prosecutors and the judiciary receive training and information on peaceful versus violent expressions of dissent.

The central and state governments should also appoint independent review committees to screen all pending cases under section 66A and publicly report on them in a transparent manner.

Yes, last year, the Supreme Court set an important standard for freedom of expression in India. But it will mean little if the authorities don’t promptly act to ensure that a bad law is no longer used.

Jayshree Bajoria is the co-author of the Human Rights Watch report, ‘Stifling Dissent: The Criminalization of Peaceful Expression in India‘, released in May 2016.