The Supreme Court Must Note That Reservation Is a Fundamental Right

Equality is not only a fundamental right under Article 14, but also a goal enshrined in the preamble and a part of the basic structure of the constitution.

Again in the first half of 2020, the Supreme Court has opined twice that there is no fundamental right to reservation. The first occasion was the case of Mukesh Kumar vs The State of Uttarakhand, involving the question of reservation in promotion and decided on February 7. The other instance dated June 11 relates to reservation of seats for students in medical courses.

In the case of Mukesh Kumar, the judgment passed by the high court of Uttarakhand was under appeal. The high court had declared illegal the state government’s order denying reservation in promotion. The court had further directed the state government to collect quantifiable data relating to adequacy or inadequacy of representation of the SCs and STs in public services before deciding whether or not to provide reservation in promotion. This is because as per the evidence produced before the high court, the impugned order of the government was not based on any empirical data on the representation.

During the appellate proceedings, it was brought to the notice of the Supreme Court (the same was not disclosed before the high court) that the Uttarakhand government had formed a committee to gather data regarding the representation. The committee report, which revealed inadequate representation of SCs and STs in state services, had been approved by the state cabinet also. Yet, the government deliberately passed an order not to provide reservation in promotion. It is emphasised here that if the government was unwilling to provide reservation in promotion, it would have simply refused to do so. There was no need to appoint a committee to collect data. Therefore, the entire exercise in respect of collection of data on the representation was undertaken exclusively to exercise the power conferred by Article 16(4A), as mandated in the M. Nagaraj judgment. Despite the fact that the report produced by the committee showed data of glaring inadequacy of representation, the state government decided not to make provision for reservation.

This attitude raises several burning questions: Wasn’t the data on inadequacy sufficient to form the “opinion” within the meaning of Article 16(4A) to provide reservation in promotion? Wasn’t the impugned order wholly arbitrary? Where the subjective satisfaction of the government to provide reservation may be judicially reviewed to test the extent (percentage) of reservation, why can’t the same be reviewed when decision is taken to provide less or no reservation at all? The constitution bench in M. Nagaraj has made two important observations in this regard:

“…‘exercise of the power’ by the State in a given case may be arbitrary, particularly, if the State fails to identify and measure backwardness and inadequacy…”

“It (equality) is violated by arbitrary exercise by those on whom it is conferred. This is the theory of ‘guided power’. This theory is based on the assumption that in the event of arbitrary exercise by those on whom the power is conferred would be corrected by the Courts. This is the basic principle behind the enabling provisions which are incorporated in Articles 16(4A) and 16(4B).”

The impugned arbitrary order which is “law” within the meaning of Article 13(3)(a) violated the right to equality under Article 14 which forbids arbitrariness, and took away the equality of opportunity guaranteed under Article 16(1) by treating equals and unequals similarly. This is barred and rendered void by Article 13(2):

The State shall not make any law which takes away or abridges the rights conferred by this Part and any law made in contravention of this clause shall, to the extent of the contravention, be void.

Therefore, the impugned order is unconstitutional. However, the bench led by Justice L. Nageswara Rao took no notice of these facts. 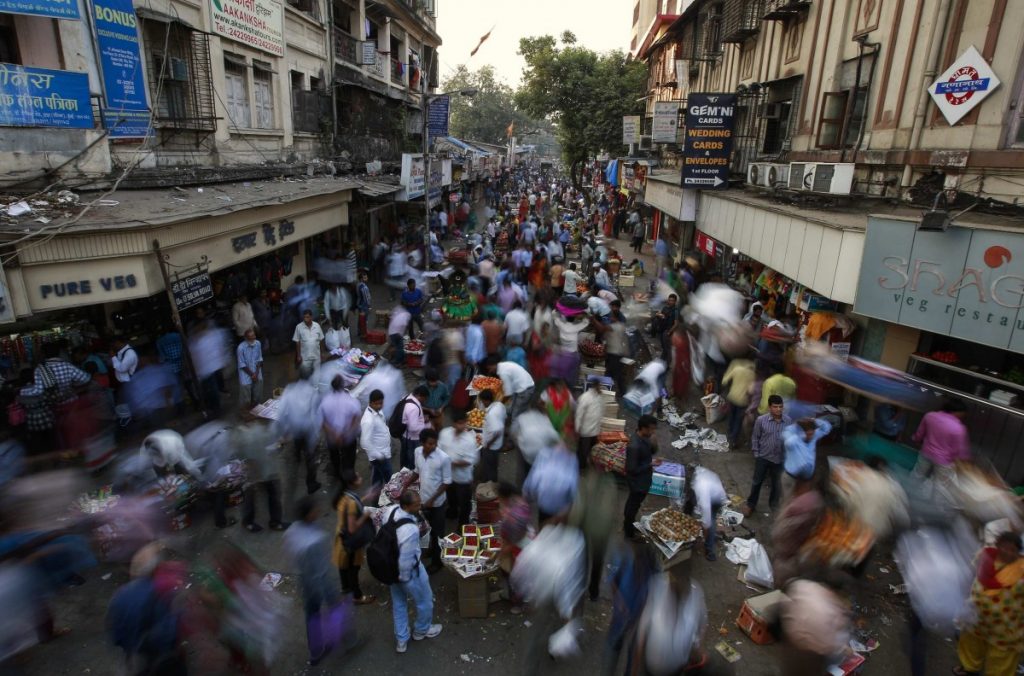 Evidence produced before the high court, the impugned order of the government was not based on any empirical data on the representation. Photo: Reuters

The impugned order was unconstitutional on the face of it and it had already been declared illegal by the high court, but the bench set aside this decision. The bench reasoned that the government took a “conscious decision” and it was not bound to provide reservation in promotion.

The Supreme Court adopted quite a narrow approach towards Article 16(4A), which is actually part of the “code of equality” in the constitution and, therefore, cannot be read in isolation. Equality is not only a fundamental right under Article 14, but also a goal enshrined in the preamble and a part of the basic structure of the constitution.

The idea of equality is that like should be treated alike and different treatment may be accorded to those who are sharply dissimilar. Thus, right to equality permits classification. One of the facets of equality is equality of opportunity in the matters of public employment, as guaranteed in Article 16(1). In Indra Sawhney the nine-judge bench observed that under Article 16(1), appointments and/or posts can be reserved in favour of a class. Thus, reservation in state services in favour of backward classes may be made under Article 16(1) too, as it is based on the premise of equality. Articles 16(4) and 16(4A), under which the state may make provision for reservation and reservation in promotion respectively, are constitutionally sanctified classifications and illustrations of Article 16(1). In M. Nagaraj, the Constitution bench made it very explicit by saying that, “in our view, equality as a concept is retained even under Article 16(4A).”

Another observation of the court in the Mukesh Kumar decision that needs deeper investigation is that the ‘government is not obligated to provide reservation in state services’. While Articles 16(4) and 16(4A) empower the government to reserve certain number of posts, Article 46, a directive principle of state policy, calls upon the state in unequivocal terms to nurture the interests of the SCs and STs:

The State shall promote with special care the educational and economic interests of the weaker sections of the people, and, in particular, of the Scheduled Castes and the Scheduled Tribes, and shall protect them from social injustice and all forms of exploitation.

The selection of words in this Article makes it very clear that the constitution makers intended to impose inescapable and extensive duty upon the state towards SCs and STs. About the importance of the directive principles, Article 37 declares that the directive principles are not enforceable by any court, but they are nevertheless fundamental in the governance of the country and it shall be the duty of the State to apply these principles in making laws. Thus, the state is bound to give effect to these principles in the law-making.

In the Minerva Mills judgment, the Supreme Court held that balance between directive principles and fundamental rights is an essential feature of the basic structure of the constitution. In case of any inconsistency between them, both should be harmoniously construed. The scope of Article 21 has been expanded in the light of directive principles only. Therefore, reading the preamble and Articles 13, 14, 16, 38(2) and 46 together, it is evident that state is bound to take appropriate steps to balance the social representation in public services. Thus, making provision for reservation in public services is not a matter of choice for the state.

In the light of the directive contained in Article 46, the enabling provisions under Articles 16(4) and 16(4A) must not be interpreted to include discretionary powers but powers coupled with duty to provide reservation consistent with the requirements as to backwardness, inadequacy of representation and efficiency of administration. It is emphasised here that these two Articles do not use the word “may”, which implies discretion.

On the other hand, the reason why the word “shall” which indicates compulsion, could not be used is that these provisions are in the form of illustrations to Article 16(1) and constitutionally sanctified classifications, inserted to remove any doubts. For understanding the imperative nature of the duty, recourse must be had to the parent provision, Article 14: “the state shall not deny…” (Emphasis added).

The bench further stated that even if under-representation of SCs and STs in state services is brought to the notice of the court, the court cannot issue the writ of mandamus to the government to provide reservation. This observation utterly disregards and frustrates the code of equality, the directive principles and the intention of the constitution makers. It frees the state of its obligation to eliminate inequality and bring about social justice and gives it a licence to act arbitrarily. The core values of equality and socio-economic justice must not be left at the mercy of the political executive.

Otherwise, the imbalance and non-representation of backward classes in public services will multiply. Will the judiciary still declare that we cannot direct the government to collect data on representation and implement reservation? Therefore, the intervention of judiciary is very crucial and essential for maintaining constitutionalism. Judiciary is the ultimate resort to seek justice when all the doors are shut. Under Article 142 the Supreme Court has power to pass any order necessary for doing complete justice. Therefore, the above view adopted by the two-judge bench is erroneous. The court must direct the state to satisfy the conditions-precedent under Articles 16(4), 16(4A) and 335, and provide reservation accordingly.

The other petition entertained on June 11 related to reservation for medical students in Tamil Nadu. The Centre and the Medical Council of India had arbitrarily decided to fill All India Quota seats reserved for backward classes from the unreserved category. The Supreme Court bench laid by Justice Nageswara Rao lackadaisically opined that the petition under Article 32 is not maintainable because reservation is a not fundamental right. It is reiterated that the impugned action of the government and MCI is manifestly arbitrary and contrary to the fundamental right to equality, and deserves to be declared void on the grounds already stated.

During the past few years, anti-reservation and anti-Dalit ideology has gained momentum and simultaneously governmental actions to dilute the reservation policy are also increasing. In the post-independence era, the backward classes are beset with fear and anxiety that they may again be colonised at the hands of their own “democratically elected masters”. In such a scenario, the Supreme Court, instead of adopting a holistic view of the provisions, is narrowing down its approach unjustifiably. The judgments in cases, such as Suresh Chand Gautam, Chebrolu Leela Prasad and Mukesh Kumar add fuel to the detestable upper-caste ideology and make backward classes even more insecure. Therefore, in respect of reservation, it must adopt such an approach which would help fulfil the intentions of the constitution makers, that is to ensure adequate representation of backward classes at all levels of every public service.

Kailash Jeenger is assistant professor, Campus Law Centre, Faculty of Law, University of Delhi. He may be reached at kailash333bj@yahoo.co.in.