As Protests in Odisha Mark SC's Ban on Rath Yatra, Stand Taken by Centre and Odisha Under Scrutiny

Through a textual reliance on Article 25 of the Constitution, the Supreme Court has defended India’s secularism, as envisaged by its founders. 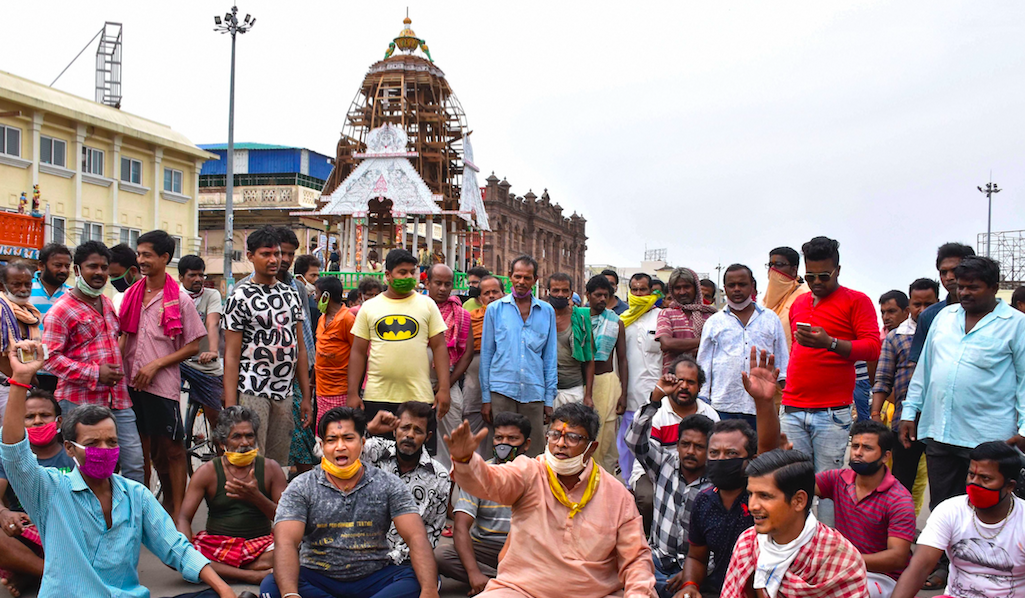 The Supreme Court, in ​Odisha Vikash Parishad v Union of India,​ on Thursday ​directed​ that there shall no Rath Yatra anywhere in the temple town of Odisha or in any other part of the state this year. “We further direct that there shall be no activities secular or religious associated with the Rath Yatra during this period,” the bench comprising the Chief Justice of India S.A. Bobde and Justices Dinesh Maheshwari and A.S. Bopanna held.

The direction has expectedly met with sporadic ​protests across the state, with many questioning the merits of the decision to stay the centuries-old annual festival.

The Supreme Court bench took note of the undisputed fact that the number of people likely to gather for the annual Rath Yatra, scheduled to be held from June 23, is about 10 to 12 lakhs, and that the festivities would normally continue for about 10-12 days. “Having regard to the danger presented by such a large gathering of people for the Rath Yatra, we consider it appropriate in the interests of public health and safety of citizens who are devotees to restrain the respondents from holding the Rath Yatra this year”, the bench added.

Earlier, the bench orally observed that a procession of this magnitude cannot be permitted at the time of a pandemic. The bench quipped: “Lord Jagannath will not forgive us if we allow it.” The petitioner in this case sought a stay on the festivities at Puri’s Jagannath temple, as holding it would be catastrophic keeping in view the alarming rise in the number of COVID-19 cases in the state.

Interestingly, ​according​ to ​Bar and Bench​, while the Centre, through solicitor general Tushar Mehta, urged the court that some other ritual instead of the Rath Yatra could be permitted without a gathering, senior counsel, Harish Salve, representing the Odisha government, supported the petitioner’s plea. “The moment there is a festivity, people will gather,” Salve told the bench, which agreed with him.

The Centre’s stand was curious because it was only recently that its official spokespersons fuelled the campaign against the Tablighi Jamaat, whose congregation in New Delhi before the announcement of nation-wide lockdown by the Prime Minister, had allegedly led to a spurt in COVID-19 cases across the country.

Before the Odisha high court, the state’s advocate general had admitted on June 9 that there had been a steep increase in the number of COVID-19 cases on account of the recent influx of migrants and people coming from outside the state. The number of positive cases in Odisha reportedly stood at 2,856 and in Puri, the number reached 108 on June 7. Puri was classified as a high-risk zone and was included in the 11 districts earmarked for weekend shutdown on June 1.

The Odisha high court bench, comprising Chief Justice Mohammad Rafiq and Justice Biswajit Mohanty, in its June 9 order on the PIL (​Surendra Panigrahi v State of Odisha and others​) declined to interfere in the matter by holding that the state government, in having extended the restrictions up to June 30 with regard to the entry into the religious places/places of worship, appears to have taken into consideration the larger public interest.

The high court expressed its optimism that the state government would take a decision with regard to the holding or otherwise of the Rath Yatra, on the basis of objective evaluation of the ground situation at an appropriate time, prior to the scheduled date, that is, few days before June 23, keeping in view safety, security and welfare of the state.

The high court, in its order, also expressed its view that deploying heavy duty machines or any other means like elephants than the manpower that is generally used to pull the chariot would obviate the necessity of involving a large number of persons, which could be in many hundreds. The high court, therefore, asked the state government to consider this aspect while taking a decision on the yatra, consistent with the guidelines issued by the Centre and the state. The Supreme Court’s hearing on Thursday, however, did not deal with this issue.

In its order, the Supreme Court bench reproduced Article 25 of the Constitution in full, and emphasised that the provision confers the right to freely profess and propagate religion ​subject to health​ (emphasis added). Article 25(1) starts with “subject to public order, morality and health and to the other provisions of this Part” and then guarantees that all persons are equally entitled to freedom of conscience and the right freely to profess, practise and propagate religion.

When a provision of the constitution qualifies itself as ‘subject to’, it clearly means that it will yield to that larger facet, in case of a conflict. Although the bench didn’t have to explain it so many words, its implications are clear to any student of the constitution.

Recent verdict by the US Supreme Court

The unanimous order from the Indian Supreme Court stands in contrast to the recent split ​verdict​ from the US Supreme Court in ​South Bay United Pentecostal Church v Gavin Newsom, Governor of California.

In this case, the governor of California had placed temporary numerical restrictions on public gatherings to address the COVID-19 health emergency. State guidelines limited attendance at places of worship to 25% of building capacity or a maximum of 100 attendees, whichever is lower.

The US Supreme Court, in a split decision of 5:4, found California’s restrictions consistent with the Free Exercise Clause of the First Amendment. Similar or more severe restrictions apply to comparable secular gatherings, including lectures, concerts, movie showings, spectator sports, and theatrical performances, where large groups of people gather in close proximity for extended periods of time. The majority Judges reasoned that the governor’s order exempts or treats more leniently only dissimilar activities such as operating grocery stores, banks, and laundromats, in which people neither congregate in large groups nor remain in close proximity for extended periods. 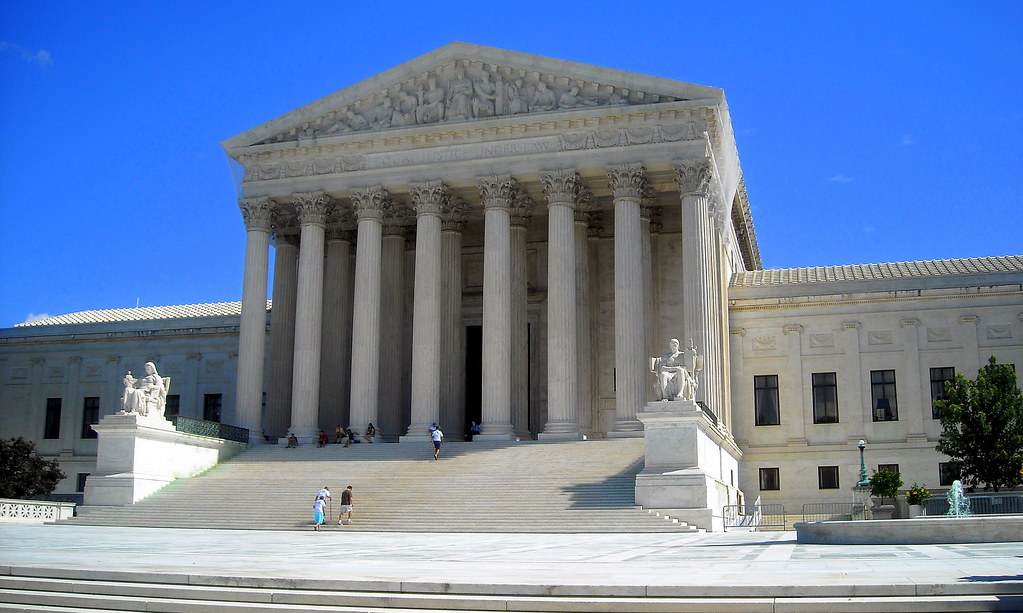 The four dissenting judges, namely, Justices Clarence Thomas, Samuel Alito, Neil Gorsuch and Brett Kavanaugh, granted a stay on the restrictions. The judges – with the exception of Alito, who did not give his reasons for dissenting – believed that the restrictions “discriminated” against places of worship and in favour of comparable secular businesses. Such discrimination, they argued, violates the First Amendment because comparable secular businesses, such as factories, offices, supermarkets, restaurants, retail stores, pharmacies and malls are not subject to a 25% occupancy cap.

The razor-thin majority was possible because of the swing vote cast by Chief Justice John G.Roberts, a known conservative who sided with the court’s four liberal Judges, Ruth Bader Ginsburg, Stephen G. Breyer, Sonia Sotomayor and Elena Kagan. The dissent by four judges has made a well-known observer of the US Supreme Court extremely ​concerned​ about its future thus:

“The polarization roiling the country has the Supreme Court in its grip. The court can’t save us; that much is clear. It can’t even save itself.”