The technical committee was unable to say if the malware found was Pegasus, but the Supreme Court will continue hearings on the spyware allegation. 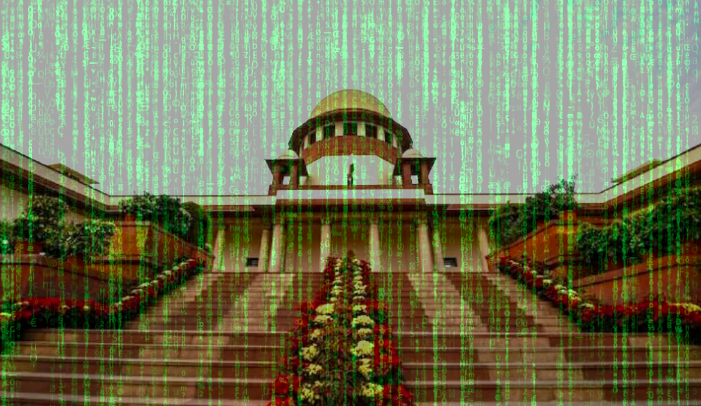 New Delhi: The Supreme Court on August 25, Thursday, noted that the technical committee appointed to investigate whether Indian law enforcement authorities had procured and used Pegasus, a military-grade Israeli spyware product, had found ‘malware’ in five out of the 29 devices submitted to it. The bench also noted that the Union government “did not cooperate” with the expert committee.

A bench of the CJI, Justices Surya Kant and Hima Kohli, however, said that the committee found no conclusive proof of whether Pegasus was the malware used in the examined phones.

The bench said that the committee, supervised by retired Supreme Court judge, Justice R.V. Raveendran, has informed the court that the government did not cooperate with it.

“The same stand you took here, you have taken there,” CJI Ramana told the Solicitor General, Tushar Mehta, who was representing the Union government.

#BREAKING CJI : One thing committee has said, Government of India has not cooperated. The same stand you took here, you have taken there..#CJINVRamana #Pegasus #SupremeCourt

“I am not aware of that,” SG Mehta said, according to LiveLaw’s live tweets from the hearing.

During arguments in the Supreme Court in August last year, SG Mehta had said that the government cannot be made to answer whether or not it uses Pegasus spyware, for this would alert terrorists and compromise national security.

The top court had noted that in the absence of any “specific denial” of the use of Pegasus by the Union government, the court had no option but to set up an independent committee to probe the matter.

The three-member technical committee that is advising the investigation includes Naveen Kumar Chaudhary, professor of cyber security and digital forensics and dean of the National Forensic Sciences University at Gandhinagar, Gujarat; Prabaharan P., professor at the School of Engineering at Amrita Vishwa Vidyapeetham in Kerala; and Ashwin Anil Gumaste, Institute Chair Associate Professor of computer science and engineering at the Indian Institute of Technology, Bombay.

The probe by the committee was expected to shed further light on the findings of the Pegasus Project – a 2021 global media investigation of which The Wire has a part and which found traces of Pegasus on the phones of human rights activists, lawyers, journalists, politicians in over 10 countries around the world including India.

Also read: Seven Things the Supreme Court Has Asked the Pegasus Probe Committee to Look Into

It was revealed that the spyware was only sold to governments and not to private individuals.

In January 2022, the New York Times reported that India’s purchase of Pegasus was part of a broader 2017 contract and likely cost the Union government “millions” of dollars.

The Supreme Court, however, said that it will upload on its website the report submitted to it by the supervising retired judge, Justice Raveendran. This report contains suggestions on protecting citizens, future course of action, accountability, amending the law to improve privacy protection, grievances redressal mechanism, etc., according to LiveLaw‘s records of the CJI’s words in court today.

Aside from Justice Raveendran’s note, the committee’s report has two other parts, the Supreme Court said today.

The two other parts, according to LiveLaw, pertain to matters in paragraphs 61A and 61B of the initial order of the court. The former contains digital images.

In addition to the material taken from the private mobile phones of the 29 who willingly submitted their phones, the report contains information on malware and public research material.

The expert committee had sought comments from the public on 11 queries pertaining to the issue until March 31. These responses also find place in the report.

The Wire has revealed as many as 161 names of heads of state, political figures, activists, students, lawyers and journalists, among others, who could have been potentially affected by the spyware.