The apex court said that the CBI has no direct evidence of witnesses being influenced and that the Delhi HC focused on the merits of allegations instead of "keeping in view" the well-settled principles behind granting bail. 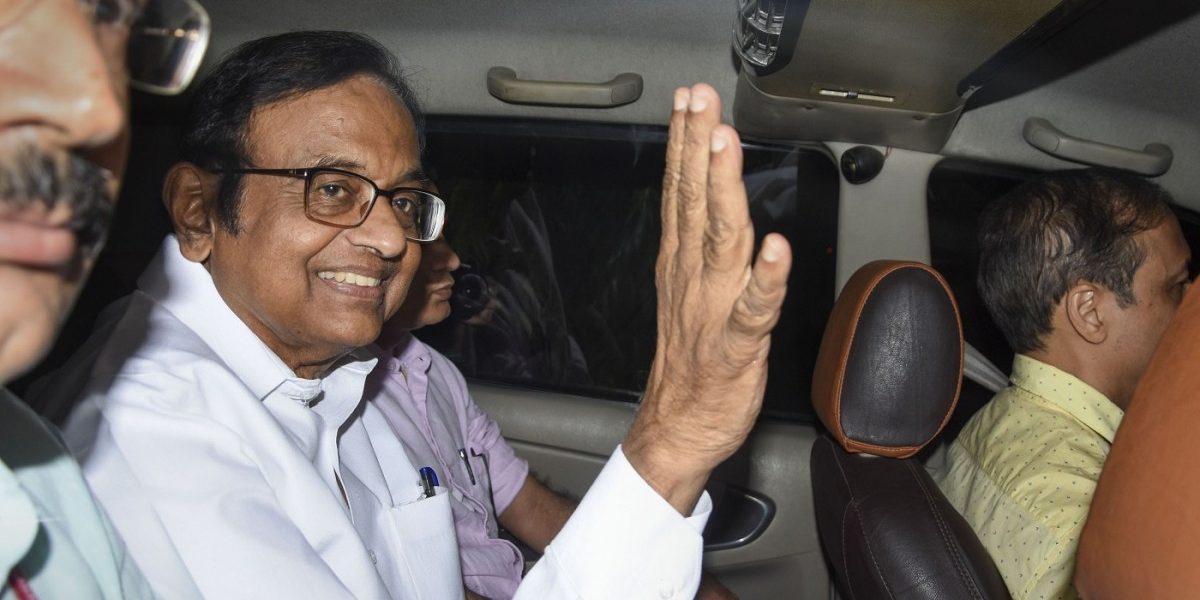 The senior Congress leader was arrested and taken into the Central Bureau of Investigation’s custody two months ago, after the Delhi high court rejected his anticipatory bail petition on August 20, 2019. The high court’s verdict, authored by now-retired Justice Sunil Gaur, became a source of intense media attention after it referred to Chidambaram as the “kingpin” of the alleged crime.

Later, in September 2019, a different single-judge bench of the Delhi high court also denied Chidambaram’s regular bail application on the grounds that he may influence witnesses in the INX Media case.

In its judgment on Tuesday, the Supreme Court has gone through the three primary arguments put forth by the CBI on why the former Union minister should not be granted bail and dismissed all of them.

The apex court has also examined the two Delhi HC verdicts that refused to give relief to Chidambaram and disagreed with some of their reasoning.

The CBI’s three justifications for keeping Chidambaram in jail, as noted by the Supreme Court, are:

1) He may tamper with evidence in the case.

2) He may influence witnesses.

3) He is a flight risk and thus may leave the country.

The first two arguments have been the strongest primarily because, as noted above, the Delhi HC in its September 2019 order held that the possibility of Chidambaram influencing witnesses could not be ruled out.

The Supreme Court points out that the Delhi HC primarily relied on arguments put forth by solicitor general Tushar Mehta, whose arguments, in turn, depended on content put forth in a “sealed cover”. The content in the cover indicated that two material witnesses in the INX Media case were apparently approached and asked not to disclose any information regarding Chidambaram or his son Karti.

The apex court  however  emphatically rejects both the CBI’s claims and Mehta’s legal argument, noting that the agency has not supplied any “direct evidence” of witnesses being approached or influenced.

It critically notes that in absence of any form of evidence, no weight can be attached to the allegation that the “appellant has been influencing the witnesses…”.

As the verdict notes:

In the absence of any contemporaneous materials, no weight could be attached to the allegation that the appellant has been influencing the witnesses by approaching the witnesses.

The conclusion of the learned Single Judge “…that it cannot be ruled out that the petitioner will not influence the witnesses directly or indirectly……” is not substantiated by any materials and is only a generalised apprehension and appears to be speculative.

The Supreme Court also notes that from May 2018 (when Chidambaram was granted interim bail) to August 2019 (when he was denied anticipatory bail), there was “no allegation regarding influence of any witnesses”.

“In the number of remand applications, there was no whisper that any material witness has been approached not to disclose information about the appellant and his son. It appears that only at the time of opposing the bail and in the counter affidavit filed by the CBI before the High Court, the averments were made…,” the judgment notes.

The three-judge bench also disagreed strongly with the premise of the Delhi high court’s order, noting that it unnecessarily focused on the merits of the allegations and not on the well-settled principles behind whether bail should be granted or not.

“At the outset, it is to be pointed out that in the impugned judgment, the High Court mainly focussed on the nature of the allegations and the merits of the case; but the High Court did not keep in view the well-settled principles for grant or refusal to grant bail,” it said.

On Mehta’s contention that the findings of the Delhi high court only indicate as to why “bail was not granted”, the apex court disagreed and noted that the two issues must be clearly demarcated.

“…giving reasons for exercise of discretion in granting or refusing to grant bail is different from discussing the merits or demerits of the case. At the stage of granting bail, an elaborate examination of evidence and detailed reasons touching upon the merit of the case, which may prejudice the accused, should be avoided.

It is therefore, made clear that the findings of the High Court in paras (51) to (70) be construed as expression of opinion only for the purpose of refusal to grant bail and the same shall not in any way influence the trial or other proceedings.”

On the issue of Chidambaram being a flight risk, the Supreme Court argued that there is no “merit in that particular submission.

It noted that because the appellant has “strong roots in society”, and his paassport has been surrendered, it is unlikely that he will flee the country.

Between 31.05.2018 and 20.08.2019, when the appellant was having interim protection, the appellant did not file any application seeking permission to travel abroad nor prior to the same after registration of FIR any attempt is shown to have been made to flee.