As Supreme Court Reaches Out to Migrants, Activists Hail its Intervention

Supreme Court makes amends for its perceived abdication of responsibility towards migrant labourers in the wake of the first lockdown in 2020. 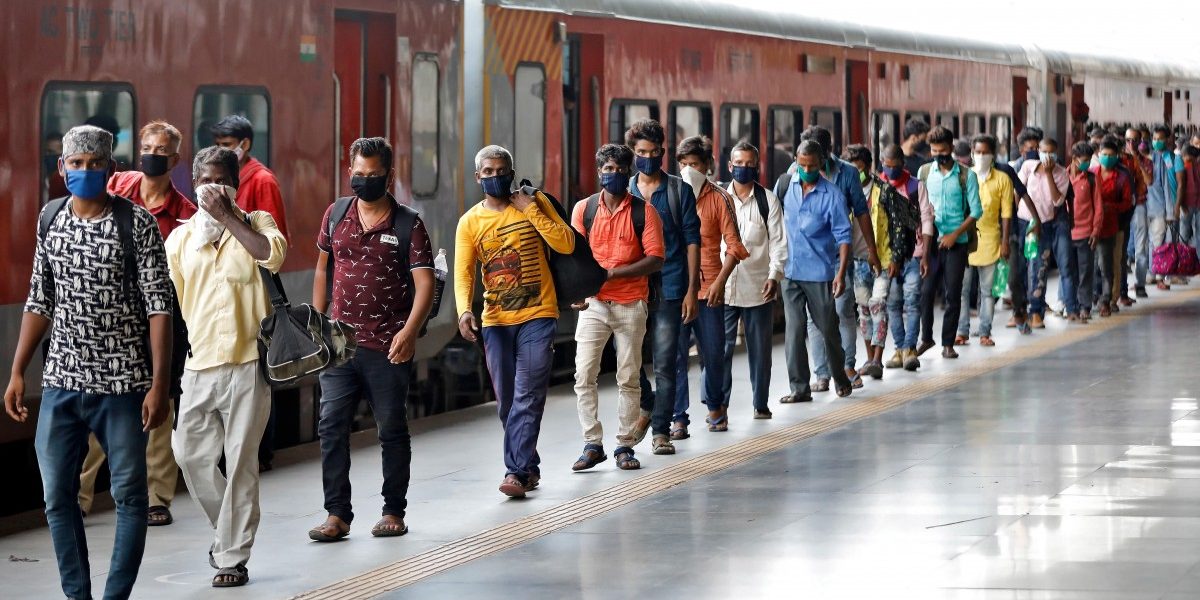 New Delhi: When a nationwide lockdown was declared on March 24, 2020, there was huge exodus of the migrant labourers from their places of work to their native places. Cessation of employment due to lockdown and fear of the pandemic were considered as the primary reasons for the migration.

The Supreme Court, however, in the immediate aftermath of the migration, uncritically accepted the Union government’s plea that the workers migrated because of ‘rumours’ spread by the media that the lockdown would be for a longer duration. If someone was bent on walking back home, how can anyone stop it, was the refrain one heard from the court then. Why do migrant labourers need wages, if they are fed by the state, was another gem which one heard from the then Chief Justice of India, S.A. Bobde, during one such early hearing.

On Tuesday, the same court turned full circle. The bench of Justices Ashok Bhushan and M.R. Shah noted in its order that a large number of migrant labourers started their journeys on highways on foot, cycles and other modes of transports without food and facing several untold miseries when it suo motu took cognisance of their problems and miseries on May 26 last year.

The bench acknowledged that the states and union territories, in subsequent hearings of the case, claimed to be following all directions and policies and taking necessary steps for running the relief and shelter camps,  attending their needs of food, water and transportation to their native places.

“There can be no exception to the policies and intentions of the state, but what is important is that those on whom implementation of circulars, policies and schemes are entrusted are efficiently and correctly implementing those schemes,” the bench observed on Tuesday. The bench, therefore, underlined the significance of strict vigilance and supervision to ensure that measures, schemes and benefits conceived by the governments actually reached those for whom they are meant.

In the wake of the second wave of coronavirus across the country, the court responded effectively to the pleas of intervenor-activists, namely, Harsh Mander, Anjali Bhardwaj and Jagdeep Chhokar, for direction to distribute dry ration to migrant workers, facilitating their transport either by road or by train to their native places and  for running community kitchens so that they and their family members could get two meals a day.

On May 21, the bench directed the Centre and the states of Delhi, Uttar Pradesh, Haryana, Maharashtra, Gujarat and Bihar to respond to suggestions on ameliorating migrant workers’ miseries.

On May 24, the bench directed that migrant workers, wherever stranded throughout the country, should be provided dry ration under the Atmanirbhar Scheme or any other scheme found suitable by the states/Centre.

On Tuesday, the bench noted the survey carried out by the National Statistics Office (NSO) that in 2017-18, there were around 38 crore workers engaged in the unorganised sectors, which is more than one-fourth the population of the entire country (the present size of the population is 136.6 crore). These unorganised workers did not have any permanent source of employment and have engaged themselves in small time vocations and occupations at various places away from their native places. “Contributions of these labourers towards different projects, industries, make considerable additions in the economic development of the country,” the bench acknowledged.

On Tuesday, the bench recalled the mandate of the Constitution that ownership and control of the material resources of the community are for promoting welfare of the people by securing social and economic justice to the weaker section so as to serve the common good to minimise inequalities in income and endeavour to eliminate inequality in status. Both in the first and the second waves of the pandemic, migrant workers had been exposed to financial and other forms of hardships due to their limited access and claim to the welfare resources offered by the states/union territories, the bench added.

The Right to Life as guaranteed by Article 21 of the Constitution gives right to every human being to live a life of dignity with access to at least bare necessities  of life;  To provide food security to impoverished persons is the bounden duty of all states and governments, the bench further declared.

A migrant labourer, who is covered under the National Food Security Act, 2013 and had been issued a ration card under the Act, is entitled to access the dry ration wherever he is, at his work place also, in accordance with the scheme of the Central government. “One Nation One Ration Card (ONORC),” the bench clarified.

During the hearing, intervenors told the bench that a large section of migrant workers, who are not covered under the NFSA, and therefore do not possess ration card, have been deprived of dry ration during the pandemic. The bench also noted that a large number of unorganised workers and building and construction workers are deprived from access to the welfare schemes of the Union government or the state governments.   The bench noted with dismay that its earlier directions regarding registration of unorganised workers have not been complied with satisfactorily.

Under the Atmanirbhar Bharat Scheme run by the Department of Food and Public Distribution, migrants were covered and 5 kg per person per month free of cost dry ration for a period of two months (May and June 2020) was given. The Union claimed that identification of migrant workers and distribution of dry ration to them is to be done by respective states/union territories. But the bench noted with disappointment that many states do not have any schemes to benefit migrant workers. 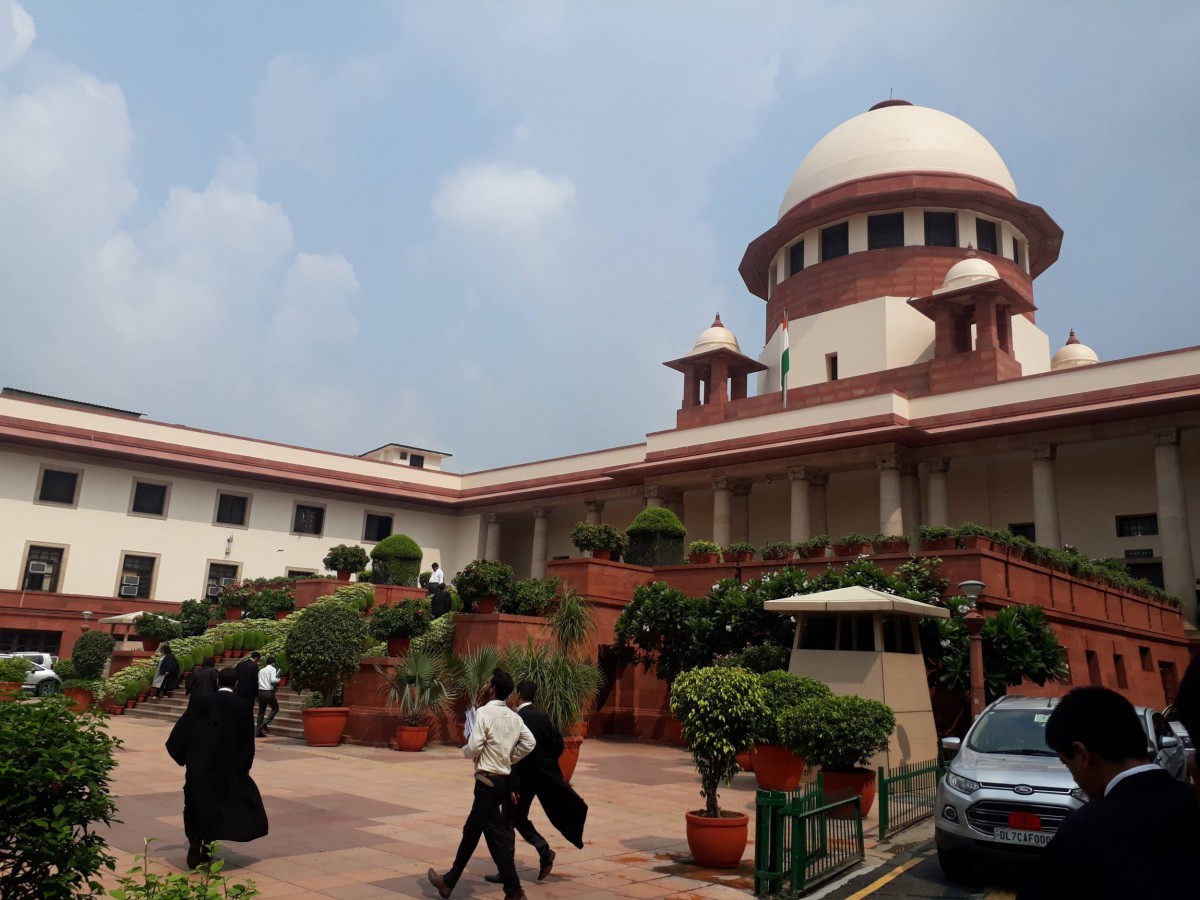 The bench, therefore, directed the Union to allocate and distribute foodgrains as per demand from the states for disbursement to migrant labourers. The bench further directed the states to bring in place an appropriate scheme by July 31 for distribution of dry ration to migrant labourers for which it shall be open for states to ask for allocation of additional foodgrains from the Union government, which shall provide the additional foodgrains to the state.

The Union informed the court that the states of Assam, Chhattisgarh, Delhi and West Bengal have not yet implemented the ONORC scheme. Recognising it as a welfare scheme in the interest of poor and marginal sections of the society, the bench made it clear that the states are bound to implement it and not deny the benefits merely because the migrant worker is not in his native state, from where he was issued the ration card under the NFSA. The bench, therefore, fixed July 31 as the deadline for implementing the ONORC by all the states.

The bench directed the Centre to take steps under Section 9 of the NFSA to redetermine the total number of persons to be covered under rural and urban areas of the states, which shall be beneficial to large number of persons.

The bench deplored that the Inter-State Migrant Workman (Regulation of Employment and Condition of Service) Act, 1979, a welfare legislation, has not been taken seriously by the states. It directed all the states/union territories to register all establishments and license all contractors under the Act and ensure that statutory duty imposed on them to give particulars of migrant workers is fully complied with. The competent authority, while registering the establishments and granting license to the contractors, may also impose conditions pertaining to service condition, journey allowance and other facilities as set out in the Act, the bench held.

The bench expressed its dissatisfaction with the Union’s inaction over the registration of unorganised workers.  It recalled its 2018 order in which the court had directed the Ministry of Labour and Employment to make available a module to the states/union territories for the purpose of registration.

“When the unorganised workers are waiting for registration and are waiting to reap the benefit of various welfare schemes of the states and Centre, the apathy and lackadaisical attitude by the Ministry of Labour and Employment is unpardonable. There was urgency in the portal to be finalised and implemented looking to the pandemic and dire need of unorganised workers to receive the benefit. The attitude of the Ministry of Labour and Employment in not completing the module even though directed as early as on 21.08.2018 shows that Ministry is not alive to the concern of the migrant worker and the non-action of the Ministry is strongly disapproved,” the bench held.

The bench directed the secretary, Ministry of Labour and Employment to ensure that the National Database for Unorganised Workers (NDUW) portal is finalised and implementation of the portal commences on or before July 31.

The bench asked the states to run community kitchens at prominent places where large number of migrant labourers are there till pandemic continues and advertise such places where these kitchens are provided.

The bench noted that all states have made direct bank transfers (DBT) of amounts ranging from Rs 1,000 to Rs 6,000 to construction workers, who are registered under the 1996 Act. Some states have made similar transfers to autorickshaw drivers and some other categories.

The bench expressed its inability to direct DBTs to migrant labourers, as it is a matter of policy. The interveners had highlighted that emergency cash transfers are crucial to enable migrant workers to cope with the deep economic crisis in the country on account of the disruption of economic activity caused due to lockdowns/restrictions to curb the spread of COVID-19. “Money is needed to pay for health expenditure, rent payment and basic expenses like cooking oil, milk, vegetables,” the interveners had noted, though it failed to persuade the bench to issue necessary direction.

Tuesday’s order in the migrant workers’ case shows that the Supreme Court may well have begun its conscious efforts to redeem its image, which suffered a serious dent in the wake of the lockdown last year. Activists, Harsh Mander, Anjali Bhardwaj and Jagdeep Chhokar have rightly hailed the Supreme Court’s orders in favour of migrant workers as vindication of their claims in their Interlocutory Applications filed before the court in this case.