One Year After SC Recommended a Lynching Law, Is Anybody Listening?

The court's recommendation has only been followed by the state of Manipur. Will UP do as its Law Commission has suggested and follow suit? 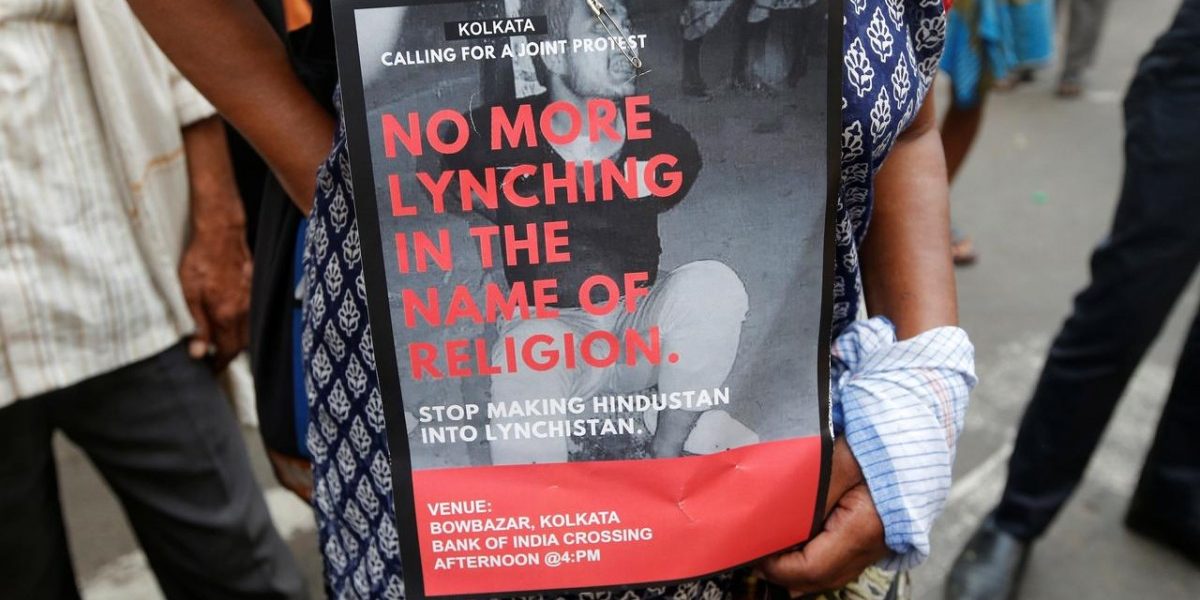 Representational image. A woman holds a placard during a protest against the lynching of a Muslim man Tabrez Ansari by a Hindu mob, in Kolkata, June 26, 2019. Photo: Reuters/Rupak De Chowdhuri

In 1905, the sociologist James E. Cutler began his book Lynch- Law: An Investigation into the History of Lynching in the United States with the following introduction:

“It has been said that our country’s national crime is lynching . . . The practice whereby mobs capture individuals suspected of crime . . . and execute them without any process of law . . . is to be found in no other country of a high degree of civilization. Riots and mob executions take place in other countries, but there is no such frequent administration of what may be termed popular justice which can properly be compared with lynch- law procedures in the United States.”

There was reason for Cutler’s concern. During the 1890s, the yearly death toll of lynching victims was over 100. African Americans accounted for the vast majority. At a time when White Americans celebrated the glories of “Anglo Saxon civilisation”, mobs tortured, mutilated, hanged, shot and burned alive scores of Black men. Over the last few years, India has lurched dangerously in that direction.

Cow protection has always been a potent tool in the hands of cow vigilantes for atrocities against Muslims and Dalits. Despite the hype around the slogan of development (vikas) during the 2014 Lok Sabha elections, the Bharatiya Janata Party campaign heavily promoted cow protection. Two widely distributed text message slogans were: ‘Vote for Modi, give life to the cow (Modi ko matdan, gai ko jeevadan)’ and ‘BJP’s message, the cow will be saved, the country will be saved (BJP ka sandesh, bachegi gai, bachega desh)’.

Also read: Behind Mounting Muslim Protests, a Yearning to be Heard by the State Gone Deaf

Shortly after Narendra Modi became prime minister, cow vigilante groups were formed – almost overnight – in states ruled by the BJP or its allies. The spate of killings across the country is well documented. Today, vigilantism is not limited to the protection of cows. Incidents of mob violence have been fuelled by rumours of theft, child-lifting, cattle-smuggling etc. The victims include traders in Jharkhand, a policeman in Kashmir and a BJP worker in Kerala.  Technology is aiding the spread of rumours. In nearly all the incidents of mob violence, the rumours were circulated by WhatsApp, a free messaging application owned by Facebook.

The Supreme Court took note of this, and in a judgment pronounced exactly a year ago, described acts of lynching as “absolutely despicable”, “utterly detestable”, “nauseatingly perverse” and “completely hellish”. The court also passed detailed guidelines, laying down preventive, punitive and remedial measures to be taken by the government to prevent and punish mob violence. Further, it recommended that legislature “create a separate offence for lynching and provide adequate punishment for the same”.

A year later, the court’s recommendation has only been followed by the state of Manipur. Recently, the Uttar Pradesh State Law Commission under the chairmanship of Justice A.N. Mittal has published a suo motu report and a draft Bill on the issue of mob violence. The report notes that there is no official data on the number of mob violence-related incidents in the state. It, however, relies on data published by various portals to state that over 50 incidents have taken place in Uttar Pradesh in the last seven years.

Also read: ‘The Hour of Lynching’ Captures Two Sides of an India in Flux

The 128-page report refers to various cases of lynching and mob violence in the state, including the 2015 killing of Mohammed Akhlaq in Dadri and the killing of Inspector Subodh Singh in Bulandshahr on December 3, 2018, in a clash between police and Hindutva. The commission notes that the existing laws to combat lynchings are not sufficient and has asserted that there should be a separate law to tackle them.

The draft Bill titled, ‘Uttar Pradesh Combating of Mob Lynching Bill, 2019’, draws heavily from the Supreme Court’s judgment in Teshseen Poonawalla’s case and legislations/bills from South Africa and Nigeria. The Bill prescribes punishments ranging from seven years in jail to life imprisonment for the offence, as well as imprisonment for a year for any policeman or district magistrate who fails to prevent incidents of lynching in their jurisdiction. Taking note of the role of social media, the Bill also prescribes a punishment of up to three years for dissemination of offensive material.

The need for legislation

Many commentators have downplayed the incidents of mob violence that have taken place across the country. However, this has been rejected by the Supreme Court itself, which described mob violence as a “sweeping phenomenon with a far-reaching impact”.

In any event, lynching is no ordinary crime. Most crimes can and do occur in private. Incidents of mob violence and lynching are public spectacles. They demand an audience. Writing for the New York Times, Aatish Taseer described it as the “majority’s way of telling a minority population that the law cannot protect it”.

The Uttar Pradesh government has an absolute majority. This majority has been achieved on the back of a wave of lynchings, that started in UP with the 2015 lynching of Mohammed Aklaq in Dadri village near Greater Noida. It seems unlikely that the majority government will want to do anything that will be seen by its base as ‘minority appeasement’.

The UP Law Commission’s report goes some way towards telling the minority population that there can be a law to protect it; that there cannot be an investigation, trial and punishment on the streets. However, one must keep in mind that the report is a ‘suo-motu’ exercise, i.e. published by the Law Commission on its own accord. It remains to be seen whether the Adityanath government will act on the same.

The prime minister has spoken against mob violence on more than one occasion. But it has often been a case of too little, coming too late. The Justice Mittal report takes note of the prime minister’s interventions, but states that mere lip service is not the solution to the existing problems. It has now suggested the parameters of a law, which a fair minded state might want to bring to legislative fruition.

The UP Law Commission must be commended for speaking up in times of self-imposed silences. Whether the Adityanath government shares the commission’s perception of rajdharma is a question that the nation wants answered.

Pranjal Kishore and Sanjay Hegde are lawyers in the Supreme Court who fought the lynching guidelines case.