'Tell Us Who You Have Charged, Arrested': SC to UP Govt on Lakhimpur Kheri Incident

The matter will be heard again tomorrow, before which the Uttar Pradesh authorities are expected to file a status report. 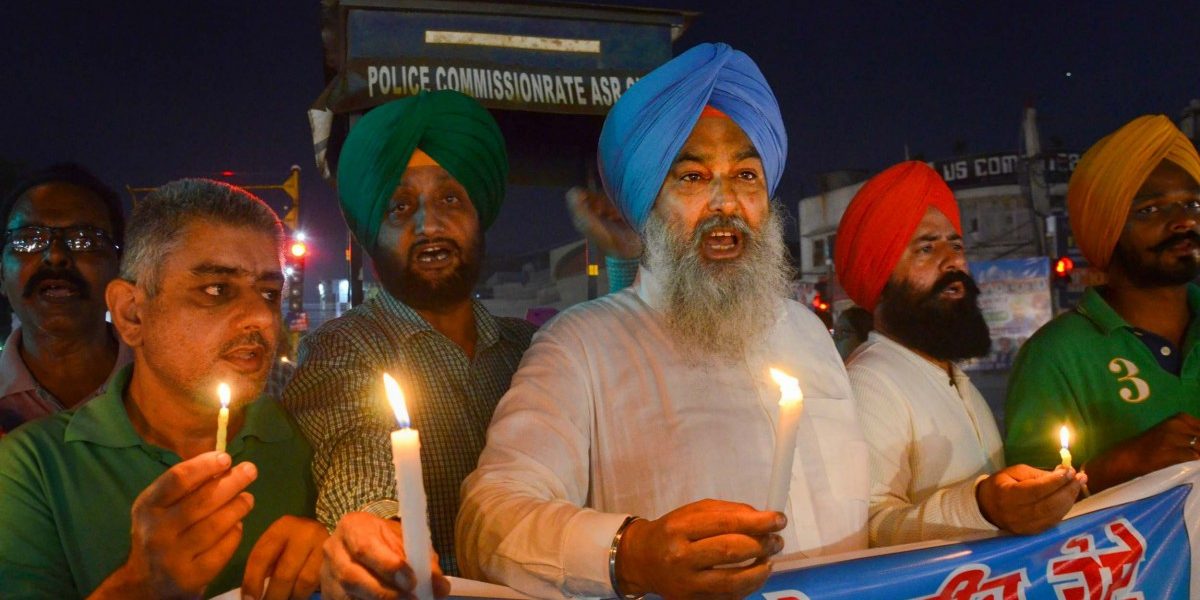 New Delhi: The Supreme Court on Thursday heard the matter relating to Sunday’s violence at Lakhimpur Kheri, and asked the state government to file a status report on investigations into and action taken. The matter will be heard again on Friday.

The court has taken cognisance of the Lakhimpur Kheri incident in which eight people were killed – including four protesting farmers mowed down by SUVs including one allegedly carrying Union minister Ajay Kumar Mishra’s son Ashish Mishra. However, while hearing the matter on Thursday afternoon, Chief Justice of India N.V. Ramana clarified that the matter was supposed to have been listen as a public interest litigation based on a letter from two advocates rather than a suo motu case.

Two lawyers had on Tuesday written a letter to the CJI seeking a high-level judicial inquiry, involving the CBI, under the supervision of the apex court into the incident. The letter by the two advocates had urged the CJI to treat it as public interest litigation (PIL) so that guilty could be brought to justice. It had also sought direction to the home ministry and the police to register an FIR in the case and punish those involved in the incident.

Advocate Shiva Kumar Tripathi, one of the authors of the letter, appeared before the court on Thursday, LiveLaw reported. However, the bench had trouble hearing him because of connectivity issues.

Senior advocate Garima Prashad, appearing for the government, said that the incident was “unfortunate”. “We also feel that way. Eight people lost their lives,” CJI Ramana responded. The grievance, he added, is that the authorities are not investigating the matter properly.

Prashad said that an inquiry is already underway, and that the apex court can be provided a status report on the probe.

Justice Surya Kant, also on the bench, said that the court must also be informed about who is named as accused in the FIR and who has been arrested so far. “We need to know who are accused against whom FIR has been filed and if they have been arrested. Add that in your status report,” he said, according to LiveLaw. The bench also comprised Justice Hima Kohli.

The court also said it had been brought to its notice that the mother of one of the victim’s, Lovepreet Singh, is in a critical condition due to shock. “Immediately communicate [this] to your state government and take care. Provide all medical facilities,” CJI Ramana said.

The Lakhimpur Kheri incident has triggered a major political storm, with opposition parties accusing the BJP government in Uttar Pradesh of shielding the culprits including Ashish. There has been growing outcry about how the state authorities and police are handling the case.

The Uttar Pradesh government has announced a one-member judicial commission, comprising Allahabad high court judge Pradeep Kumar Srivastava, to probe the incident. The details of the commission were release on Thursday morning, just before the Supreme Court hearing.

Four farmers were mowed down by an SUV in Lakhimpur Kheri when a group agitating against the Union government’s farm laws was holding a demonstration against the visit of UP deputy chief minister Keshav Prasad Maurya on October 3. Two BJP workers, a driver and a freelance journalist died in the violence that ensued.

An FIR under Section 302 of the Indian Penal Code (murder) has been registered against Ashish Mishra and others in the incident in the Tikonia police station but no arrest has been made so far. Farmer leaders have claimed that Ashish was in one of the cars that allegedly knocked down the protesters. The minister has denied the allegations and said that their “driver” lost control of the car, but farmers claim they have eyewitness and videographic evidence placing Ashish at the spot.

Additional Director General (Law and Order) of the state Prashant Kumar had announced on Monday that the government will order a probe headed by a retired high court judge and give compensation of Rs 45 lakh each to the families of the dead farmers. Their kin will also get a government job. The injured will get Rs 10 lakh.

The apex court, while hearing a separate plea by a farmers’ body protesting against the three new farm laws and seeking directions to authorities to allow it to stage satyagrah at Jantar Mantar, had on Monday observed that nobody takes the responsibility when such incidents happen.

The observations by the top court had come when Attorney General K.K. Venugopal referred to the unfortunate incident at Lakhimpur Kheri.