'Grading' Judiciary Indicates 'After Me the Deluge' Attitude of Ex Judges: Justice Kaul

"Criticism of a view point or a judgement is not a problem, but when imputations and grading start being made, I think we damage the very institution," Kaul said. 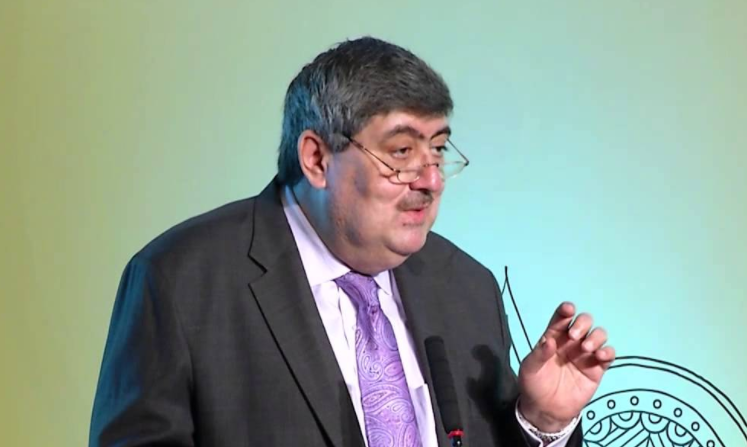 New Delhi: Supreme Court judge Justice Sanjay Kishan Kaul on Sunday said imputations against the judiciary or its “grading” is a reflection of the intolerance prevalent in all sections of society against all kinds of institutions and also indicates the “after me the deluge” view of some retired judges.

“Criticism of a view point or a judgement is not a problem, but when imputations and grading start being made, I think we damage the very institution,” Justice Kaul said.

“The unfortunate part is that in some of us, those who have been part of the institution itself, there is a problem of ‘after me the deluge’. Which is that since we (retired judges) are gone, everything is going wrong. I will say that itself is a danger.”

He further said “we” are an evolving society and things have evolved over a period of time. “People in the past, who speak about it, also have committed many mistakes and blunders.”

Justice Kaul was speaking at an online lecture on ‘Freedom of speech in times of COVID-19’, organised by the Madras high court Bar Association.

His comments appear to be a response to former Supreme Court judge Justice Madan B. Lokur’s recent article on The Wire, which said the apex court deserved an ‘F’ grade for the manner in which it handled the migrant crisis during the COVID-19 pandemic.

Justice Kaul is part of the bench hearing the migrant crisis issue.

A day before the Supreme Court had taken cognisance on its own of the “unfortunate and miserable” plight of migrant labourers, 20 prominent lawyers from Delhi and Mumbai had written a critical open letter to Chief Justice of India S.A. Bobde and other judges saying the apex court’s “apparent indifference” to the humanitarian crisis and its “institutional deference” to statements of the executive would amount to abdication of its constitutional role if not rectified immediately.

When the matter was heard by the apex court on May 28, Solicitor General Tushar Mehta had complained to the court that there were “prophets of doom” in the country, who were spreading negativity and there were “arm-chair intellectuals” who were not recognising the nation’s effort in dealing with the migrant workers’ crisis during the COVID-19 induced lockdown.

Justice Kaul, in his lecture, further said to remain in the news has become a problem and therefore, “there is a tendency to be critical in a manner which crosses certain lines”.

He said this was to some extent a “misinformation pandemic”.

He said that members of the public, bar and the judiciary must appreciate the challenges of any time and any system and added that “while criticism is always information that must come to us, I think some boundaries need to be maintained”.

“Otherwise, it (criticism) becomes part of disinformation which causes doubt on the institution. I don’t think that is good for any system, because if you mistrust everybody, mistrust the system, then we have no system, we only have anarchy. To prevent anarchy, faith in institutions is important,” Justice Kaul said.

He further said that people who are part of such institutions should see it’s “not unnecessarily vilified” and not vilified to the extent that the institution is damaged.

The Bar Council of India (BCI) Saturday deprecated the “sustained and synchronized attack” on the Supreme Court allegedly by “some senior advocates and former judges” and termed it as a conspiracy to “weaken and browbeat” the institution.

The apex lawyer body has alleged that some people are using the media and social media to “castigate and scandalize” the judiciary by imputing baseless motives on the apex court judges.

In his nearly hour-long lecture, Justice Kaul also spoke on the issue of how advances in communication technology have aggravated the problems of fake news, disinformation and hate speeches.

He said in times like now, during the COVID-19 pandemic when people are unable to touch base with each other and only means of communication is through technology, “it causes far greater problems and is a greater challenge”.

He said champions of free speech and the makers of the constitution never envisaged the problems of fake news and misinformation that technology has brought in.

Justice Kaul said people nowadays forward information, received on WhatsApp or other social media, from one to another “without any thought process”.

He suggested that there has to be greater awareness not to share information without any verification.

He also referred to the recent ‘bois locker room’ incident and said “look at the damage caused by it”.