A Year After Four SC Judges' Press Conference, Is Democracy Still in Danger?

It is fair to say that significant issues which were highlighted then still remain largely unresolved. In the words of the US Supreme Court judge Justice Benjamin Cardozo, “The great tides and currents which engulf the rest of men do not turn aside in their course and pass the judges by.” The Supreme Court of India, for better or for worse, has assumed an increasingly proactive role, with its judgments encompassing every sphere of the nation’s activity.

In recent times, this has seen it emerging as a key player in the political scene. But politics within the Supreme Court itself has always been confined to speculation, as sitting judges speak to the public only through judgments. Or at least, that was the status quo until the unprecedented events of January 12, 2018, when four senior judges held a press conference and openly raised concerns regarding the integrity of the institution.

The press conference and its aftermath

Substantively, they had raised two major concerns – first, regarding the manner in which then Chief Justice of India (CJI) Dipak Misra was constituting benches for important cases, and second, regarding finalisation of the Memorandum of Procedure (MoP) for appointment of judges which was still pending with the government.

In the first case, the CJI’s exercise of powers as the master of the roster was questioned for being against well-settled conventions, with allegations of hand-picked benches being constituted for politically sensitive cases. Given that the Indian Supreme Court has a tendency of speaking in different voices through multiple benches, as well as the chronic backlog of cases, this administrative function of the CJI potentially has the power to influence the outcome of cases. 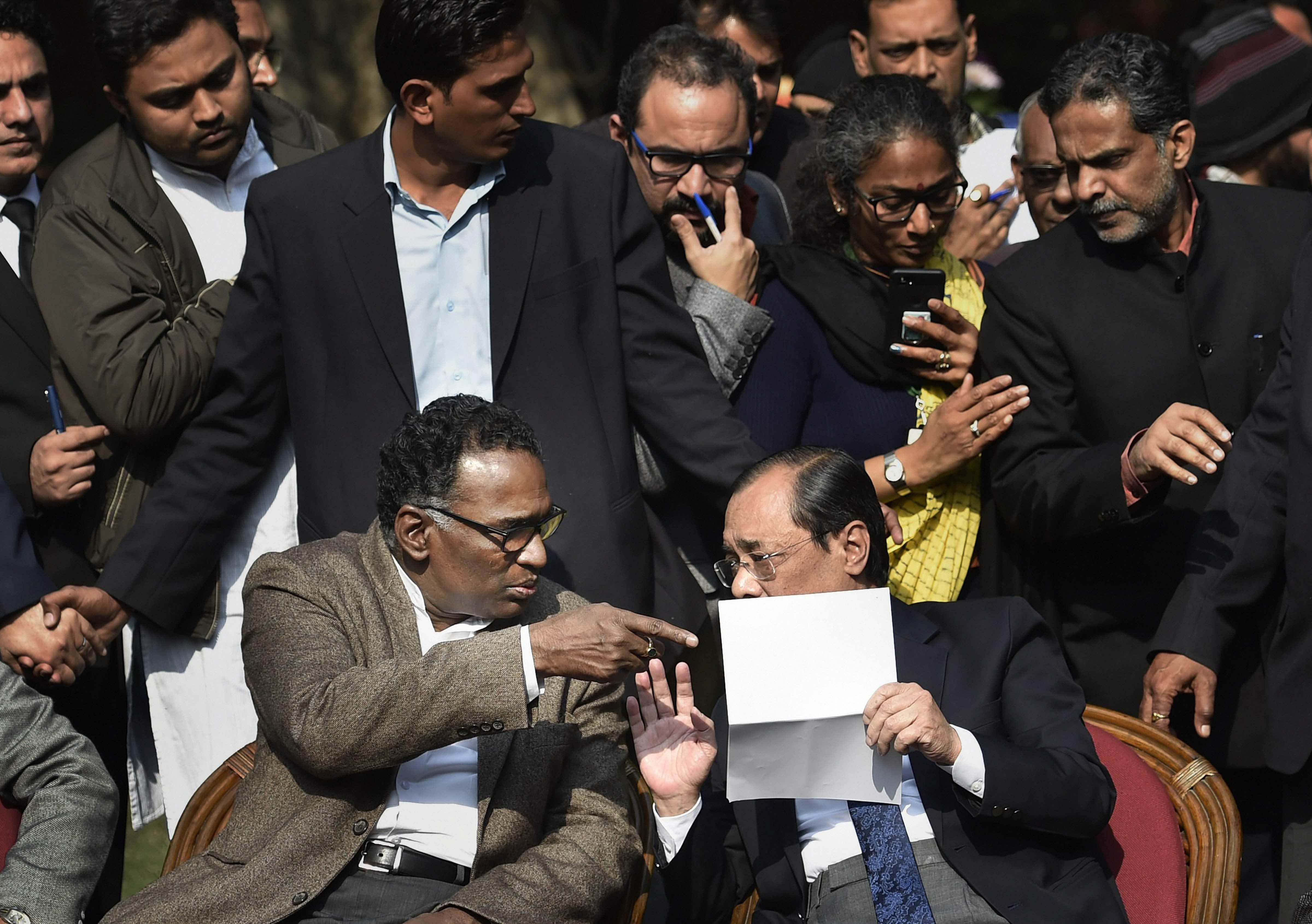 Regarding appointments, the judges expressed their displeasure that the MoP was not considered final yet, with governmental inaction being allowed to stall the process. According to them, the Centre’s silence on the issue, several months after the court had finalised the MoP and sent it across, should have been construed as approval.

One year down the line, it is important to question whether these concerns have been addressed. CJI Dipak Misra continued to exclude the four judges from constitution benches which decided important issues including Aadhaar, Sabarimala, Navtej Jauhar, etc. Still, one thing that has changed is that the roster, which shows the work allocation chart for judges, was made public in February 2018. However, despite the appointment of Justice Ranjan Gogoi (one of the four judges) as CJI, the roster is still decided exclusively by the CJI without consultation with other judges.

The government has not taken any action regarding the MoP either, with the Ministry of Law and Justice stating in the Lok Sabha that it would take more time. Concerns regarding judicial appointments remain pertinent, with a large number of vacancies still to be filled. The protracted elevation of Justice K.M. Joseph, delayed over several months in 2018 due to the government, highlight another aspect of this thorny issue.

One of the four judges who has since retired, Justice Kurian Joseph, has claimed that “recent appointments to the Supreme Court and the high court are being carried out as per the draft MoP that has been sent to the government.” The lack of consensus between the executive and judiciary in this regard needs to be resolved urgently.

After the highly controversial tenure of CJI Misra, which even included an unsuccessful attempt to impeach him (the first ever impeachment attempt against a sitting Chief Justice of India), CJI Gogoi had to restore some public confidence in the administration of justice. The first three months of his tenure have certainly been eventful. The Rafale and CBI cases have ensured that the Supreme Court has remained in the front pages. A concerning development has been that both these cases involved information being handed to the court in “sealed covers,” an unfortunately growing practice. In Rafale, relying on information submitted in a sealed cover, the judgment makes reference to a CAG report examined by the parliamentary Public Accounts Committee. This report, however, does not exist. This led to a huge controversy, and the Centre has since filed an application seeking correction of the judgment.

In the recently decided CBI case, the Supreme Court had to answer a straightforward legal question concerning the decision to divest CBI Director Alok Verma of his powers and functions. Not only did it take more than two months to resolve this question – once again resorting to sealed covers – but it subsequently directed the high-powered committee to consider allegations against Mr Verma within a week.

This committee, which contained the prime minister, the leader of opposition in the Lok Sabha, and a Supreme Court judge nominated by the CJI, decided by a 2:1 majority to once again remove Mr Verma from office. This removal comes two days after he was reinstated. The Supreme Court’s overall handling of this sensitive issue exacerbated the controversy, with its image taking a further hit.

Even more tellingly, the disastrous NRC exercise being conducted in Assam, which threatens to render 1 million people stateless and cause enormous hardship to 3 million more, is directly attributable to the Supreme Court.

A year after the press conference, it is fair to say that significant issues which were highlighted then still remain largely unresolved. Additionally, the Supreme Court has continued to attract controversy with its questionable handling of high-profile cases. The year ahead promises to be filled with even more political drama, especially with the upcoming general elections.

It will have to decide politically sensitive issues like the Ayodhya-Ram Mandir case, and the quota for economically backward candidates which has already been challenged. The Supreme Court will have to ensure that it withstands “the great tides and currents which engulf the rest of men”, both internally as well as externally.

Kevin James is a Research Fellow in public law at the Vidhi Centre for Legal Policy.