The apex court has also extended until further orders its status quo order against the demolition drive. 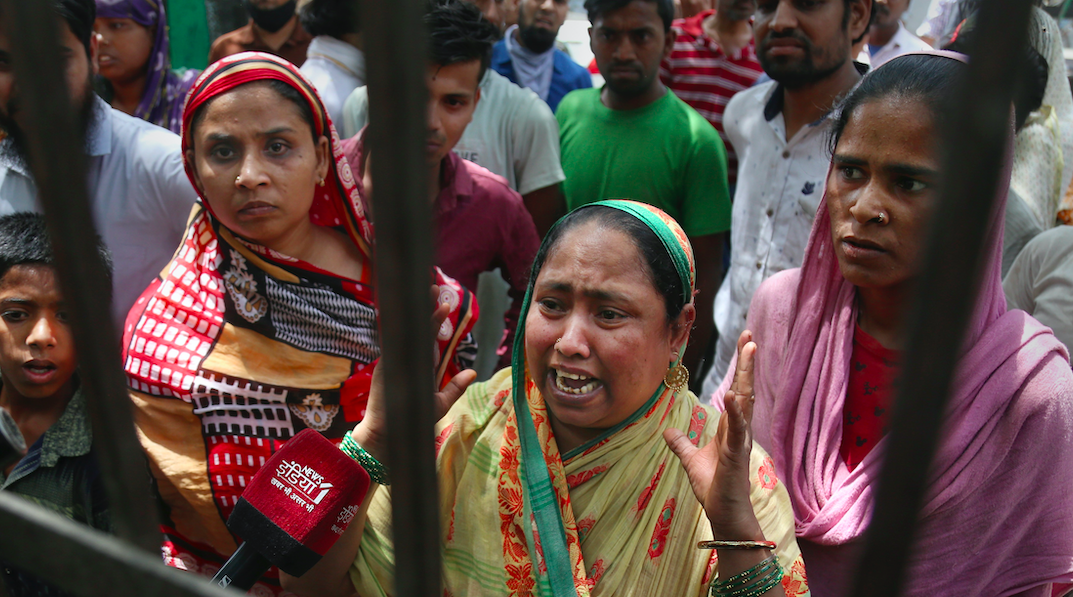 New Delhi: The Supreme Court has said it will take a “serious view” of the fact that demolition took place in the Jahangirpuri area of the national capital on April 20, even after information on its ‘status quo’ order was given to the mayor.

The apex court has also extended until further orders its status quo order against the demolition drive undertaken by the BJP-ruled NDMC in areas which saw communal violence on April 16.

A bench of Justices L. Nageswara Rao and B.R. Gavai issued a notice to the NDMC, the Union government, and the state governments of Madhya Pradesh, Uttar Pradesh and Gujarat in petitions filed by the Jamiat Ulama-i-Hind, LiveLaw has reported.

Jamiat, in its petition, had said that actions like razing a house in a criminal proceeding as a punishment are unknown to criminal law.

“We’ll take serious view of demolition that took place after information was given to Mayor,” the bench said.

On Wednesday, as The Wire had reported from the ground, the NDMC’s demolition drive with bulldozers continued until hours after the Supreme Court’s order asking to maintain status quo. Senior advocate Dushyant Dave returned to the court urging it to pay attention to the fact that the demolitions were still continuing. Chief Justice of India N.V. Ramana then asked the court registry to convey the order to the DCP and police immediately.

Communist Party of India (Marxist) leader Brinda Karat has also moved the Supreme Court against the demolitions that took place, highlighting that they continued for several hours even after the apex court had ordered status quo.

On Thursday, senior advocate Dave submitted that this was a matter of “national importance” and that it had become “state policy” to target a particular section of the society using bulldozers.

He also asked how bulldozers had become an instrument of state policy.

“This is not an issue confined to Jahangirpuri. It is a matter affecting social fabric of our country. If this is allowed, there will be no rule of law left. How is it that the President of the BJP writes a letter to the Municipal Commissioner to start demolitions and they demolish after that? The Municipal Corporation Act provides for service of notice, appeals..Look at the Olga Tellis case,” Dave said, according to LiveLaw.

Delhi BJP president Adesh Gupta had alleged on Sunday that the violence was the result of the AAP government aiding illegal stay of “Rohingya and Bangladeshi immigrants”. On Tuesday, Gupta wrote to the NDMC mayor to identify the illegal constructions of “rioters” in Jahangirpuri and demolish it using bulldozers.

Dave also highlighted the presence of legislation in Delhi which regularised colonies.

“There are 731 unauthorised colonies in Delhi with lakhs of people and you pick up one colony because you target 1 community!” he said, as quoted by LiveLaw.

“Our [residents] homes are more than 30 years old…our shops are beyond 30 years old…we are in a democracy and how can this be allowed,” Dave further said.

Dave highlighted that those whose establishments were destroyed were poor people and delivered searing lines on the inequality of such a measure.

“If you want to act against unauthorised constructions, you go to Sainik Farms. Go to Golf Links where every second home is an encroachment. You don’t want to touch them, but target the poor people,” Dave submitted.

Senior advocate Kapil Sibal who appeared for Jamiat in its second petition – against similar drives in other states – said that the problem of encroachment was being singularly associated with Muslim residents.

To Justice Rao’s question if no Hindu properties were affected, Sibal said there were isolated instances.

“When processions are carried out and frictions occur, homes of only one community is bulldozed..,” Sibal said.

Sibal highlighted comments by Madhya Pradesh chief minister Shivraj Singh Chouhan and the fact that residents in Jahangirpuri were locked inside gates while their property was demolished.

“What is this process, to instil fear to sideline rule of law?” Sibal asked.

To Sibal’s request that an order be passed to stop demolitions like this, the Supreme Court said it cannot pass a blanket order on a countrywide basis.

For Brinda Karat, Senior advocate P.V. Surendranath pointed out the timing of the demolition and the fact that the CPI(M) leader had to physically stand in front of the bulldozers to stop them.

“Had she not been there the entire C block would have got demolished,” Surendranath said. He also said that while the mayor had said at 11 am that the Supreme Court’s order will be complied with, the drive continued till after 12 noon.

Solicitor General Tushar Mehta, for the NDMC, submitted that Wednesday’s demolition drive was part of one which began in January. He also claimed that notices were given – a claim challenged by senior advocate Hegde who appeared for one Ganesh Gupta whose juice stall was destroyed, disputed that.

Mehta also disputed the claim that the drive targeted Muslims, claiming that in Madhya Pradesh’s Khargone more Hindu property than Muslims’ was destroyed.

“We want affidavits from the petitioners on the notices if served and counter affidavits on the details of the demolition and till then status quo order will continue,” the Supreme Court said.

The Supreme Court has given respondents two weeks to respond.