Just as we have new judges, we also have new lawyers of considerable ability to whom the custodianship of the court, constitution and the rule of law must be entrusted. 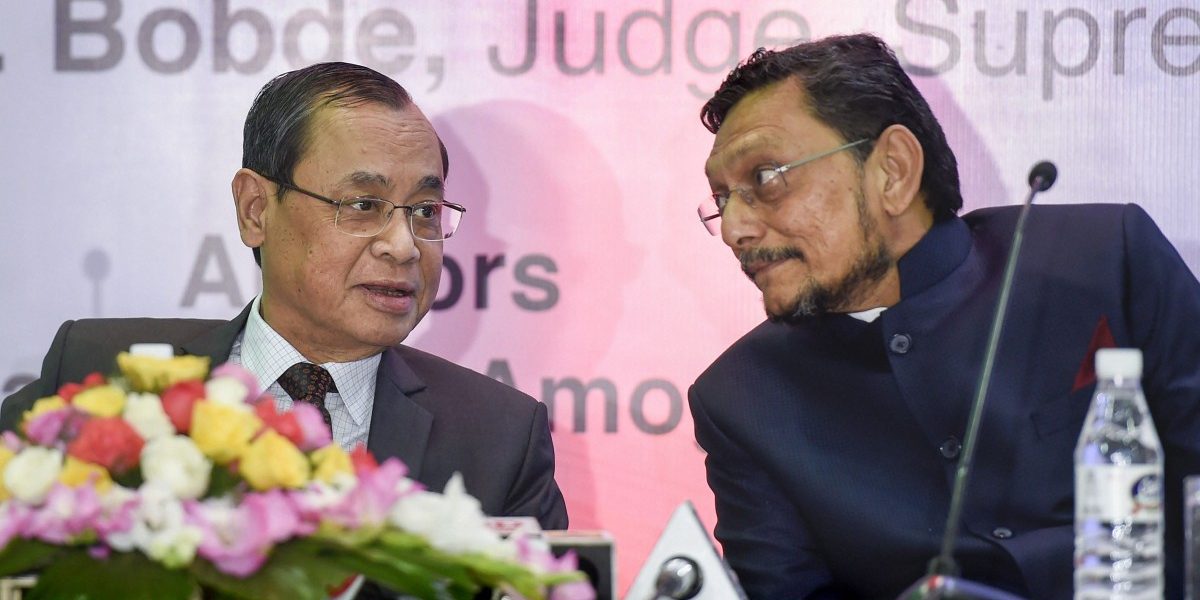 For the Supreme Court, the year 2019 has indisputably been the year of Chief Justice Ranjan Gogoi. As a puisne judge, Justice Gogoi had been part of the four sitting judges – the others were Justices J. Chelameswar, Kurian Joseph and Madan B. Lokur – who had in January 2018 held a press conference to protest the then-Chief Justice, Dipak Misra, acting arbitrarily in allocating cases to preferred benches.

This created the expectation that Gogoi, as CJI himself, would remedy the ills of the court perpetrated by his predecessors in office including K. Balakrishnan, J.S. Khehar and Misra. Known to be decisive, he would also abruptly put lawyers in their place. His prior reading of the brief in special leave petitions was as quick as his judgment of it. By 11.30 a.m. he would finish his board on Mondays and Fridays. Yet there was an untidy belief in his liberalism, if for no other reason than he was expected to be better than his predecessor.

Though he was the first CJI to face a sexual harassment charge, the controversy deepened when he sat on the bench hearing the case in a Saturday hearing devised by him. Justice Gogoi was absolved by a questionable due process, and then the Central government persuaded the woman not to file further internal proceedings on the promise of reinstatement for her relatives and herself. This cloud will remain on his tenure, and the court.

Like his predecessor, Justice Gogoi used his powers as master of the roster to manipulate benches, using Justice Arun Mishra as an ally. In one case, he gratuitously and without provocation told a bunch of senior lawyers that they did not deserve to be heard. Sadly, in one case he heard a matter concerning a society of which he was chairman of a committee even though two other judges (Justices Khanwilkar and Nageswara Rao) who were only members of that committee had recused themselves in the same case earlier.

He had his own home-grown agenda relentlessly to push the National Register of Citizens (NRC) in Assam. The government wanted the NRC and Babri, and Gogoi gave it both. Historians will have to decide whether he was under pressure from the government, including in making judicial appointments of favourites, so that the appointment of future Chief Justices was sowed up till 2028. On November 14, 2019, the day he retired, instead of deciding the review in the Sabarimala matter, he referred with minimal discussion a bunch of cases on religious rights to a larger bench to earn the ire of Justice Nariman, who rightly reprimanded him for judicial discipline

In the CBI case, he set aside appointments the government had made but then acted administratively to allow the government to do what it wanted. History will adjudge whether he compromised judicial independence to do things which could have attracted impeachment. There was only one sitting judge who held his own against him. You will have to guess who it was. The immediate task is to ensure that the post-Gogoi court is not tarnished. Between 2018-19, along with some controversial appointments, the Supreme Court has a number of new judges.

One of the problems the Supreme Court faces is that practically no judge fully understands the new laws pertaining to the liberalised economy, corporate changes, arbitration, insolvency, bankruptcy, debt and investment. The one exception is Justice Rohinton Nariman.  This year he upheld the Insolvency and Bankruptcy Code, disciplined Anil Ambani, treated home buyers as financial creditors, struck down the 2019 amendments to the Arbitration statute and delivered a landmark decision in the Essar Solvency case to uphold the resolution plan of Arcelor Mittal. The reason why I am singling out Justice Nariman’s decisions is that the Supreme Court must realise that it is in another millennium with fresh global challenges. Judges, as indeed lawyers, have to educate themselves beyond their mid-20th century eyes.

It has generally been a bad year for governance and civil liberties. The way the Karnataka crisis was handled by the chief justice led to the downfall of a government. The anti-defection law could have been better interpreted.

If Chidambaram’s bail is an example of the apex court’s attitude to civil liberties, it must fill us with as much dismay as its orders on Kashmir, where a whole province has been humiliated and its leaders placed in detention with wraps on civil liberties and free speech.

Again, if the Babri case represents Indian secular and religious freedom, that judgment will haunt us as much as the destruction of the masjid, which is now celebrated with vulgar joy. Some judges are more interested in their legacy. We can expect long learned judgments from them. But when the cookie crumbles, Justice Loya will speak to us from the afterlife. The year ahead is going to carry over the Kashmir case as well as the Rohingya and NRC-Citizenship (Amendment) Act challenge. It is sad to hear in the corridors that the outcomes of many cases are foreclosed. But just as we have new judges, we also have new lawyers of considerable ability to whom the custodianship of the court, constitution and the rule of law must be entrusted. It will, however, be a long time before we have attorney generals and solicitor generals less captive to the government and personal ambitions and more attached to their constitutional duty.

It is against this rather depressing backdrop that Chief Justice S.A. Bobde has to carry the Supreme Court with him and heal divisions, just as judges like B.K Mukherjea, S.R Das, P.B. Gajendragadkar and V.R. Krishna Iyer did before him. That is quite a challenge. We must await the response.

Rajeev Dhavan in a senior advocate.