A contempt case against Bhushan, pending since 2009, has also been listed to be heard on July 24. 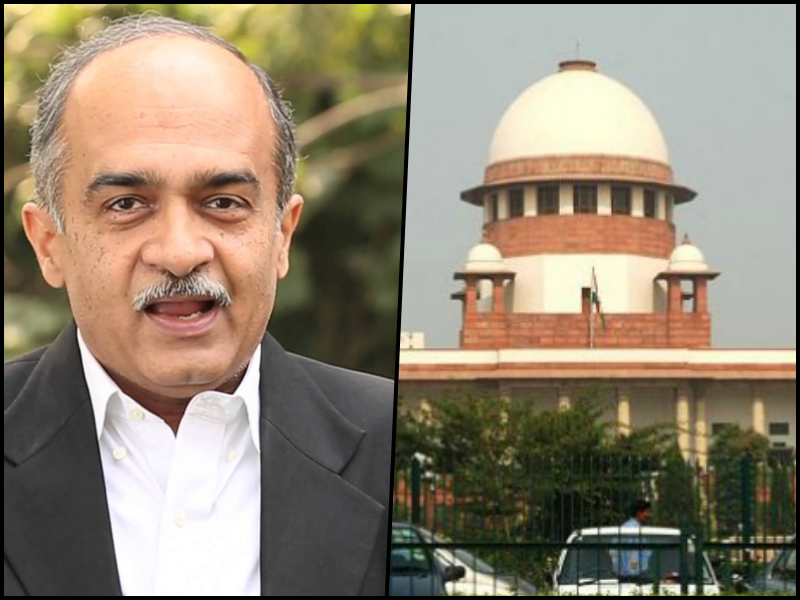 New Delhi: The Supreme Court on Tuesday initiated suo motu contempt proceedings against activist-lawyer Prashant Bhushan for unspecified tweets by him which it deemed derogatory to the judiciary.

The apex court has also initiated contempt proceedings against Twitter India, as Twitter was the social media platform on which Bhushan had posted his allegedly derogatory comments.

The matter is scheduled to be heard on Wednesday by a bench headed by Justice Arun Mishra.

Bhushan has long been raising issues pertaining to judiciary and had recently been vocal of the way in which the top court had handled matters related to migrant workers amid the COVID-19 pandemic.

He also made statements relating to the treatment meted out to jailed activists like Varavara Rao and Sudha Bharadwaj who are accused in Bhima-Koregaon case.

Over the past decade, Bhushan has been instrumental in raising several issues touching upon corruption in high places – from the 2G scam to Rafale, the medical college scam and the Birla-Sahara diaries.

As of now, it is not clear which of Bhushan’s tweets have been construed as “contemptuous” by the apex court for the purpose of initiating proceedings.

Bar and Bench speculated that Bhushan’s tweet criticising the Supreme Court role of the last four chief justices – Justices S.A. Bobde, Ranjan Gogoi, Dipak Misra and J.S. Khehar – for having played a role in the destruction of democracy “without a formal Emergency”:

Livelaw reported that it is likely the tweet which has triggered the Supreme Court’s notice was one where he criticised Chief Justice of India S.A. Bobde for riding a motorcycle without a helmet or mask “when he keeps the SC in Lockdown mode denying citizens their fundamental right to access Justice!”

CJI rides a 50 Lakh motorcycle belonging to a BJP leader at Raj Bhavan Nagpur, without a mask or helmet, at a time when he keeps the SC in Lockdown mode denying citizens their fundamental right to access Justice! pic.twitter.com/PwKOS22iMz

However, most legal observers say these tweets, and other statements by Bhushan that have been critical of the judiciary, do not amount to contempt of court as the term is formally understood.

Seen the so-called “petition” on the basis of which the SC has allegedly initiated contempt proceedings against Prashant Bhushan. There is no point in dignifying it with a substantive response. The top court is embarrassing itself, and there is nothing more to say.

If indeed the Justice Arun Mishra-led bench intends to prosecute Bhushan for contempt over his tweet about Justice Bobde and the Harley Davidson motorcycle he was seen on, Bhushan’s counsel could well cite an authoritative  SCC Journal article on contempt by the late senior counsel, Vinod A. Bobde, which noted, somewhat presciently:

“We cannot countenance a situation where citizens live in fear of the court’s arbitrary power to punish for contempt for words of criticism on the conduct of judges, in or out of court.”

Incidentally, Vinod A. Bobde happens to be the brother of the current chief justice of India.

In November 2009, the apex court had issued a contempt notice to Bhushan for allegedly casting aspersions on some sitting and former top court judges in an interview to the now defunct Tehelka magazine.

The matter, which was not heard by the apex court as per the record available on the top court’s website since May 2012, that is, for eight long years, has now been listed for hearing on July 24.

The pending contempt matter of 2009 against Bhushan will also be heard by a bench headed by Justice Mishra on Friday as per the list of business of July 24, uploaded on the apex court website.