Appointment and transfer of judges are now beyond the control of the collegium. It has been reduced to nothing more than a non-statutory body.

The Department of Justice of the Government of India has finally decided to treat the Supreme Court collegium as nothing more than a post office with a fancy pin code.

Appointment of judges and transfer of judges is now beyond the control of the collegium. It has been reduced to nothing more than any other non-statutory body whose recommendations can be disregarded. Decisions taken by the collegium and communicated to the Department of Justice are dealt with in three different ways, depending on the whims and fancies of the powers that be.

Similarly, as per newspaper reports, the collegium recommended the transfer of six high court judges on or about May 27. Strangely, the exact date of the recommendation has been kept a secret and even the Supreme Court website does not disclose the date. So much for transparency in the process. Anyway, in less than a week, the Department of Justice notified the transfer on June 1, again setting some kind of a record.

There is much to be said in favour of speedy action in the matter of appointment of judges. All appointments should be notified within a week or two. There cannot be a pick-and-choose policy. But this seems to be fine with the Department of Justice, which apparently believes that it must be allowed to flex its muscles and show the collegium who is the boss. And the collegium can do nothing about it. Move over, Bruce Springsteen!

Secondly, the Department of Justice can grudgingly accept the recommendation of the collegium and act on it whenever it feels like. One of the more shocking exercises of this ‘power’ was the delay in accepting the recommendation of elevating Justice K.M. Joseph to the Supreme Court. The Department of Justice held back his appointment for six months for no ostensible reason. There were whispers in the corridors suggesting that a judgment adverse to the government was the cause of hesitation. How childish, if true! Also, if the rumour is true, all that can be said is that Justice Joseph is lucky he was the chief justice of a high court – otherwise, he would have probably been booked for sedition or under the Unlawful Activities (Prevention) Act (UAPA) or the National Security Act (NSA). 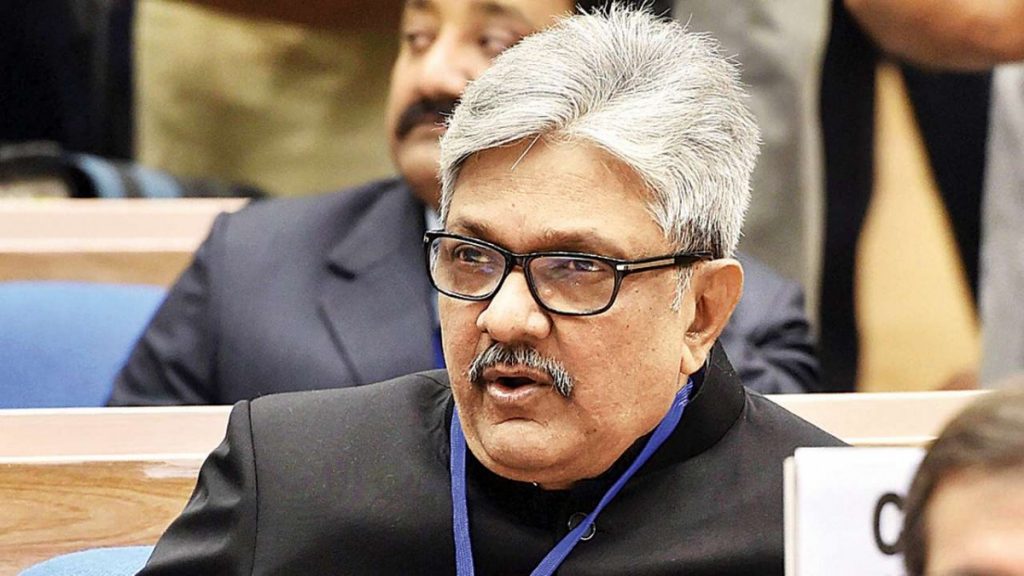 A small digression at this stage. The tradition at the Bar has always been that when the collegium of the high court or the Supreme Court recommends a practising lawyer for appointment to the Bench, the lawyer stops appearing in court and effectively gives up his or her practice. Indu Malhotra followed this tradition, as she should have, but her appointment didn’t come through. So she perhaps twiddled her thumbs for a few weeks, if not more, and faced with completely avoidable uncertainty, she resumed her practice and a few more weeks later, she became the first female lawyer to be directly elevated as a judge of the Supreme Court. 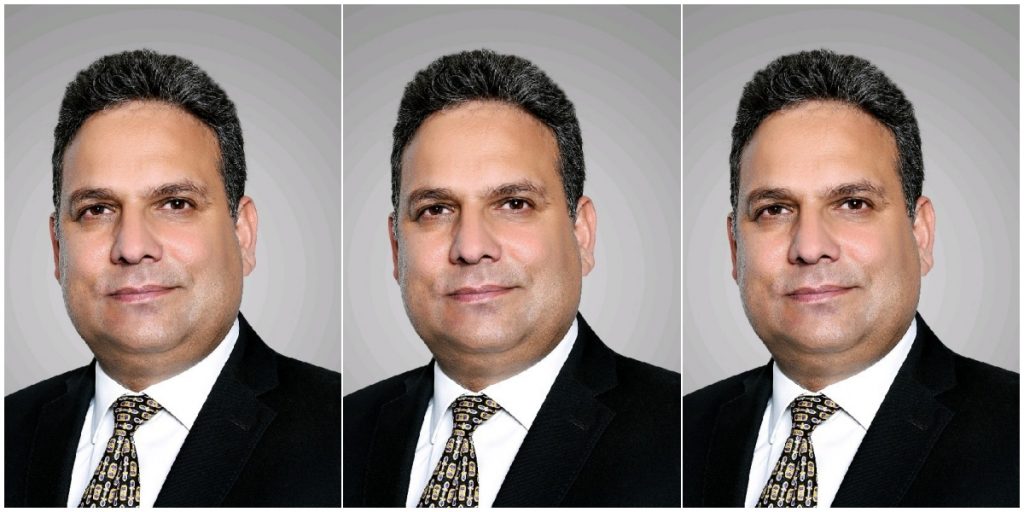 But wait a minute – there is still one. But we will discuss this later.

There are several consequences of this shuffling by the Department of Justice, which the collegium does not seem to realise or is unable to do anything about it. First, competent lawyers decline to become judges. The recent case of an outstanding lawyer of Karnataka, Aditya Sondhi comes to mind. He was made to twiddle his thumbs for one year and then he withdrew his consent for appointment. If this trend continues, on a given day in the not too distant future, we will have only mediocre lawyers as judges or a committed judiciary of Mrs Indira Gandhi’s dreams, thanks to the present political dispensation. Imagine the blow to the independence of the judiciary and the quality of justice.

Another consequence of these unconscionable delays is the death of the tradition that Justice Indu Malhotra and hundreds before her followed. Would any self-respecting lawyer give up his practice waiting for months (if not years) waiting for the Department of Justice to throw some crumbs before him or her? Certainly not. Therefore, now even when a lawyer is recommended for appointment as a high court judge, that lawyer does not stop appearing in court, knowing fully well that his or her fate is uncertain. So, another great tradition of the Bar is clean bowled.

There is a third consequence and we are seeing the green shoots of this. With outstanding lawyers declining judgeship, the space for competent lawyers in India is getting crowded. The result is that some of these lawyers are looking for greener pastures. Some have settled down in London and others have accepted what is called door tenancy in solicitor firms in England. Some are looking towards Singapore. Some are going into academia – not in India but in the US. On the one hand, therefore, the Department of Justice is encouraging mediocrity in the judiciary and on the other, the Bar is being deprived of outstanding lawyers. It’s a double-engine assault on our justice system.

Another small digression on the appointment process. Gopal Subramaniam and other outstanding lawyers were recommended for direct elevation to the Supreme Court, but only Subramaniam was singled out by the Department of Justice for a savage and vicious vilification “whisper campaign” with the result that he withdrew his consent for appointment.

The other view (which is incorrect) is that the case of each person is to be treated separately. The consequence of this disaggregation is that the Department of Justice would have the ‘power’ to first process the case of C and then a few weeks later of D and again a few weeks later of A and finally of B. This can seriously impact the seniority of a judge in waiting. Unfortunately, this controversy has not been resolved and is unlikely to be, giving yet another weapon in the hand of the Department of Justice to subordinate the judiciary. 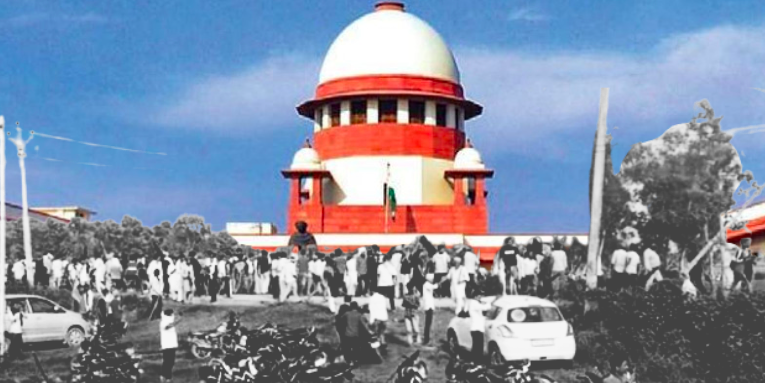 The Supreme Court. In the foreground is Lakhimpur Kheri, a day after eight people were killed in October 2021. Photos: PTI

The ‘other view’ – which I do not endorse – is precisely what transpired in the Delhi high court appointments, with the Department of Justice appointing two judges at a time and upsetting their seniority. This exercise can be, and I am quite sure must be, replicated not only intra high court but also inter high court, with some high courts being favoured (like Delhi over Patna) depending upon the political party in government. Through this process, the Department of Justice has usurped the power of moulding the future of judges and judges of the future. What does it say for the independence of the judiciary – plasticine judges in the coming years?

Thirdly, the Department of Justice can simply ignore the recommendation of the collegium and, by necessary implication, reject it. Yes please, effectively reject the recommendation of the collegium! The case of Justice Wasim Nargal surfaced recently after five years. It could have remained in cold storage for another few years without anybody being any wiser. If his case had been processed in time, he would most certainly have retired as the chief justice of some high court with a shot at an appointment to the Supreme Court, but now, that is not to be. Que sera, sera.

How many cases similar to that of Justice Nargal are pending in the safe boxes of the Department of Justice? We will never know because the Right to Information Act exempts judicial appointments from scrutiny as it is said to be against the public interest. Maybe the collegium should turn whistleblower so that we eventually know the truth, the whole truth and nothing but the unvarnished truth.

Can the Supreme Court collegium stem the rot? Khela hobe!

Justice Madan B. Lokur is a former judge of the Supreme Court.