While Justice Bobde has been part of 424 benches which have delivered judgments, he has authored only 62 judgments so far.

New Delhi: Chief Justice of India-designate Justice S.A. Bobde may have his hands full on the administrative side when he takes over as the next CJI on November 18. But as a judge, he has one thing to be concerned about before he completes his term on April 23, 2021: His score-card as an author of judgments and the number of times his judgments are cited by his peers.

According to the legal research firm Manupatra’s Judge Analytics, Justice Bobde has authored just 62 judgments since he joined the Supreme Court as a judge on April 12, 2013, and his judgments have been cited in only 56 judgments.

The number of times judgments authored by a judge are cited in subsequent judgments reflects his or her influence in setting legal precedents. Considering that Justice Bobde will complete about eight years in the Supreme Court during his tenure as a judge and as CJI, how does his record so far compare with that of his predecessors, and his would-be successors in office?

As the CJI is also the administrative head of the Supreme Court acting as master of the roster, the time which he is expected to spend on authoring judgments may be limited, but nevertheless significant, as it will determine his place in the court’s history – as far as the number of judgments authored by a judge, and cited by other judges is taken into consideration.

As per convention, the senior-most judge on the bench decides who will author the main judgment, in case there is a consensus among the judges on the outcome of a case. However, this does not preclude authorship of concurring judgments, when a judge finds he or she has more to say than simply express his or her agreement and dissents.

While the number of judgments authored by a judge may be no indication about the competence of a judge, it does tell us about the contribution of the judge to law and its evolution.

Considering that Justice Bobde began to preside over division benches in 2017 by virtue of his seniority within the Supreme Court as determined by the date of joining the court, it appears that his colleagues on the benches have received more opportunities to author judgments delivered by them.

The current CJI Ranjan Gogoi has so far authored 214 judgments, while he has been cited in 183 judgments. CJI Gogoi’s tenure as a judge from April 23, 2012, to November 17, 2019, would have covered a period of seven years and seven months, less than what Justice Bobde could claim. 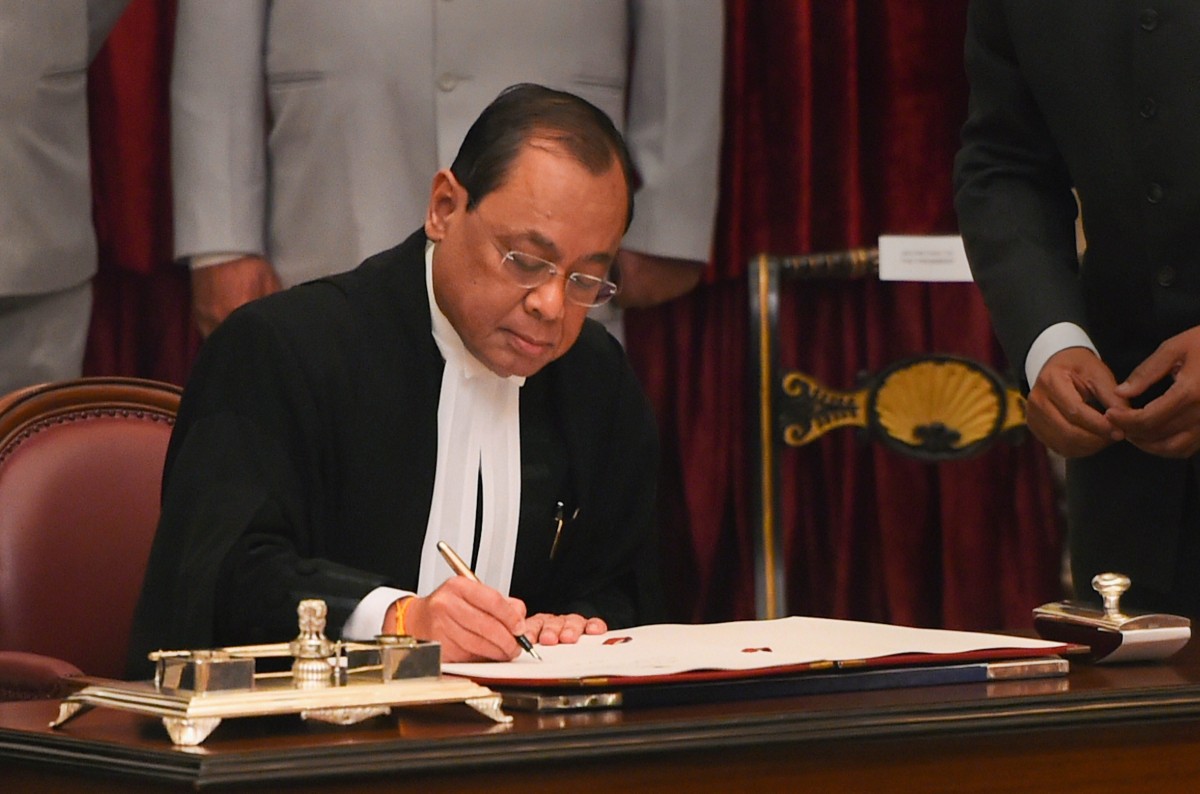 CJI Gogoi’s immediate predecessor, Dipak Misra authored 412 judgments, while he has been cited in 398 judgements. His tenure lasted for about seven years from October 10, 2011, to October 1, 2018.

Also read: Give and Take: The Supreme Court’s Way of Business

CJI-designate Bobde’s successor-in-waiting Justice N.V.Ramana has already authored 135 judgments with 110 citations. Justice Ramana joined the court on February 17, 2014, and his date of superannuation is August 26, 2022. He will complete eight years and six months at the time of his superannuation.

Justice D.Y.Chandrachud, who will succeed Justice Lalit, joined the Court on May 13, 2016, and will retire on November 10, 2024, after completing eight years and six months. He has already authored 234 judgments, with 171 citations.

Among those who authored less than 100 judgments include CJI M.N. Venkatachaliah, whose tenure as a judge in the Supreme Court lasted seven years. He authored only 82 judgments with 70 citations.

CJI M.H. Kania, whose term as a judge lasted for about five years, authored 91 judgments with 56 citations.

CJI K.N. Singh had a tenure of about five years, and as CJI, served just for 17 days – the lowest in the court’s history.  He authored 85 judgments and secured 63 citations.

It should be noted, however, that those CJIs who authored less than 100 judgments, mostly belonged to early years of the court’s history, when the court had to hear less number of cases, and the sanctioned strength of judges of the Supreme Court was also less in number. 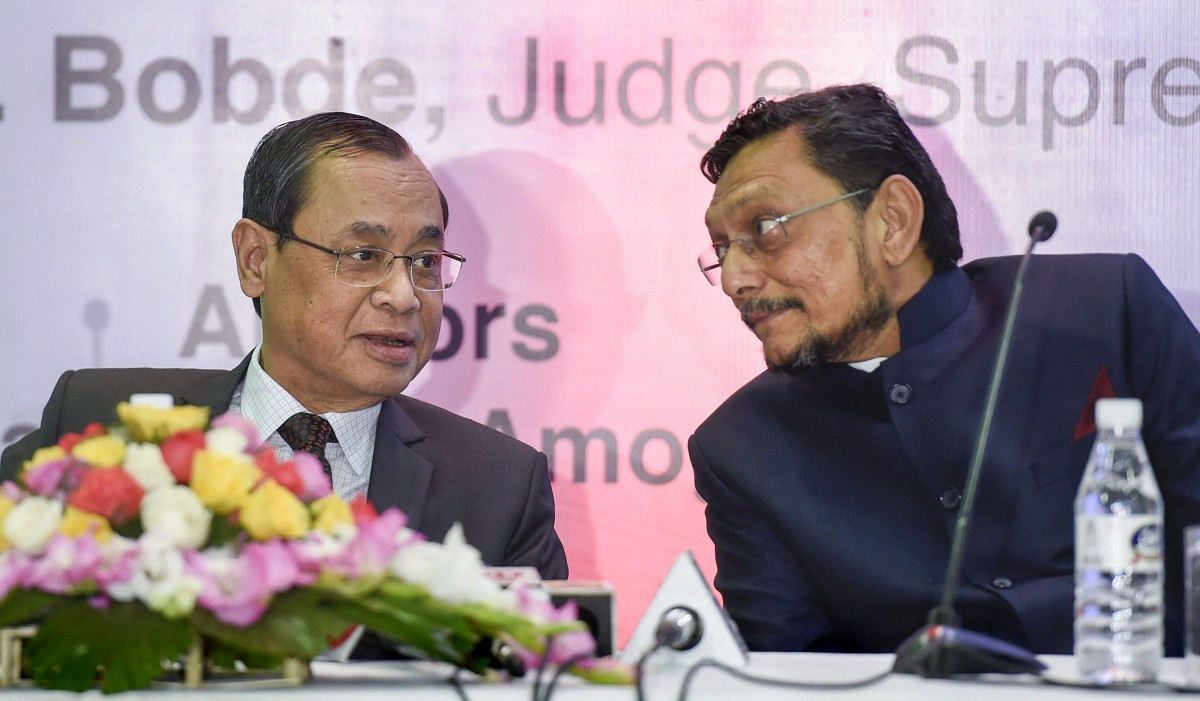 Also read: Ayodhya Dispute ‘One of the Most Important Cases in the World’: CJI-Designate Bobde

Among constitutional matters, each of his three judgments is considered noteworthy. In Abhiram Singh v C.D. Commachen, he sided with the majority judges in seven-judge bench, which held that an appeal on the basis of religion of the voter as well as the candidate would constitute an offence under the Representation of People Act.

Although the nine-Judge bench had unanimously declared the right to privacy as a fundamental right in Justice K.S. Puttaswamy v Union of India, Justice Bobde thought it appropriate to author a separate concurring judgment, elucidating his views.

In Jindal Stainless Ltd. v State of Haryana, while agreeing with the majority judges on the nine-judge bench, Justice Bobde authored his concurring judgment separately on the question that taxes are not restrictions on freedom of trade, commerce and intercourse guaranteed by Article 301.

Justice Bobde has never been in minority in any of the judgments authored by him.  This is an indication that in the Ayodhya case, if at all there is any dissent by any of the five judges on the bench, Justice Bobde may find himself as a part of the majority.