The judgment by the Supreme Court of Canada coincides with other developments at the international level to address the issue of accountability of TNCs for human rights violations. 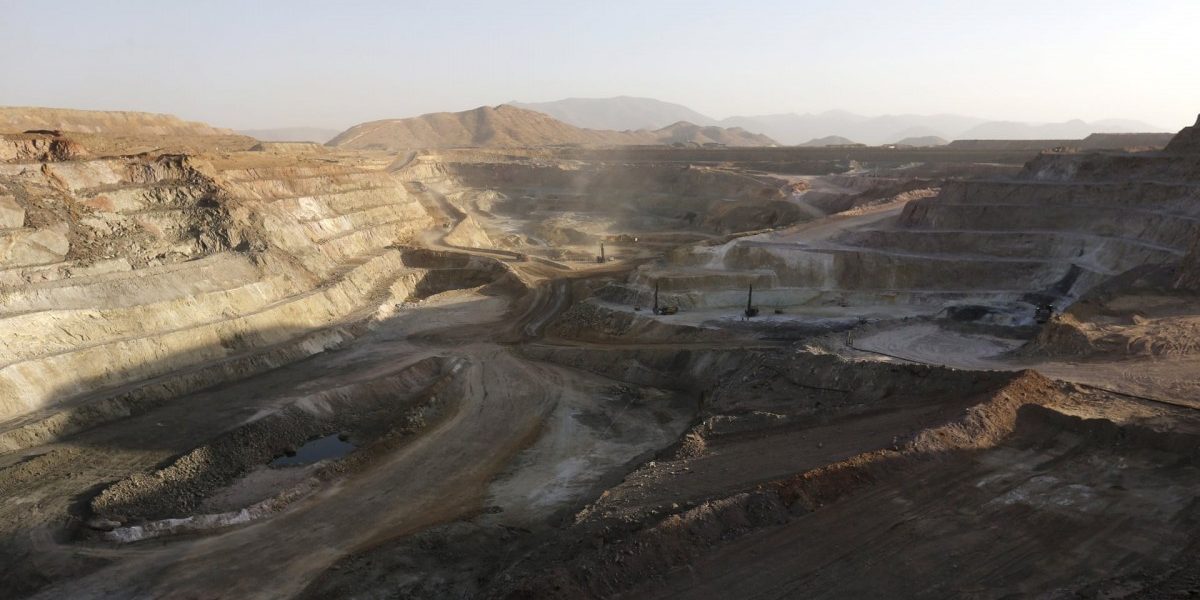 The gold, copper and zinc pit at Bisha mine, north-west Eritrea. Former workers were involved in a civil action against Nevsun Resources, which majority-owns the mine. Photo: Thomas Mukoya/Reuters

In the last week of February, the Supreme Court of Canada (SCC) handed down a landmark judgment in Nevsun Resources Ltd. v. Araya which opens a new chapter in the quest for holding transnational corporations (TNCs) responsible for the human rights abuses committed abroad. The SCC held that a civil action claiming damages for the breach of customary international law (CIL) obligations relating to human rights such as the prohibition against slavery, forced labour and torture by corporations can be brought before the domestic courts of Canada.

Interestingly, this is a new addition to the list of similar cases where the domestic courts of home state have taken a proactive approach in ensuring the accountability of TNCs for their activities overseas. Last year, the UK Supreme Court in the case of  Vedanta Resources Plc and anr v. Lungowe and ors allowed Zambian communities to sue the parent company Vedanta before the UK courts for the activities of its subsidiary in Zambia.

The circumstances of the case

Nevsun involved a claim by three Eritrean refugees who were conscripted through the Eritrean National Service Program, into a forced labour regime where they were required to work at the Bisha mine in Eritrea, which was owned by the Canadian corporation Nevsun Resources Ltd incorporated in British Columbia. While working in the Bisha mines, the plaintiffs claimed that were subjected to violent, cruel, inhuman and degrading treatment.

The Eritrean refugees brought a claim before the courts of British Columbia, in which they sought damages from Nevsun for the breaches of domestic torts, as well as for the breaches of CIL prohibitions against forced labour; slavery; cruel, inhuman or degrading treatment; and crimes against humanity (CAH).

Nevsun brought a motion to strike these claims on two grounds – first based on the ‘act of state’ doctrine, which prohibits domestic courts from assessing the foreign government’s sovereign acts; and second that the claims based on CIL should be struck because they have no reasonable prospect of success. Both these grounds were rejected by the Canadian courts.

Consequently, Nevsun filed an appeal with the SCC where the primary question was whether a claim for damages under the Canadian law could be grounded on the CIL prohibitions against forced labour; slavery; cruel, inhuman or degrading treatment; and CAH. Since, the focus of this piece is on the CIL aspect of the case, suffice here to mention that the SCC held that since the act of state doctrine does not form the part of the Canadian law, it could not support Nevsun’s motion to strike the claims.

In deciding Nevsun’s motion to strike the pleadings of the Eritrean workers based on CIL on the ground that they do not disclose any reasonable claim, the SCC engaged at great length with the issues of incorporation of CIL in Canada. The court recognised the possibility of a private law remedy for breaches of international law norms and found that Nevsun had failed to establish that CIL claims did not have a reasonable likelihood of success.

The SCC held that the norms of CIL fulfilling the twin requirements of general practice and opinio juris ‘are fully integrated into, and form part of Canadian law in absence of a conflicting law.’ Having established that CIL forms a part of the Canadian law, the court concluded that prohibitions on forced labour; slavery; cruel, inhuman or degrading treatment; and CAH – all of them have attained the status of CIL, and accordingly are a part of the Canadian common law.

The court then addressed the most significant aspect of the case – liability of corporations for the breaches of CIL. Emphasising on the evolution of international law from its state-centric template precipitated by the development in the international human rights law, the SCC held that CIL could no longer be expected to apply only to inter-state relations. The position of individual under the modern international law, according to the court requires, the human rights to be respected not only by the state but by everyone, which includes non-state actors such as corporations.

Thus, the court held that the corporations can be held directly, or indirectly liable for violations of ‘obligatory, definable, and universal norms of international law.’ The court further held that the domestic courts of Canada can ‘develop a civil remedy in domestic law for corporate violations of the CIL norms adopted in Canadian law.’

However, in light of the Nevsun judgment, several issues such as how the trial should proceed, whether the facts alleged to justify the breaches of CIL norms, and if they do, what are remedies available etc. will have to be decided at the level of the trial court.

Also read: We Must Seriously Question Legal Impunities Enjoyed by the Likes of Vedanta

In the larger context

The judgment of the SCC coincides with the other developments at the international level to address the issue of accountability of the TNCs for human rights violations. The most notable of these developments is the latest revised draft of the ‘Legally Binding Instrument to Regulate, in international human rights law, the Activities of Transnational Corporations and other Business Enterprise’ (draft UN treaty) currently under negotiation. India, through the Ministry of Corporate Affairs, has been actively engaged in the negotiation of this treaty, and as a part of the process has released a draft National Action Plan on Business and Human Rights for comments.

The draft UN treaty is a comprehensive instrument to regulate the activities of the TNCs and business enterprises. An important provision of this draft treaty is Article 6 which provides for the legal liability of the TNCs as well as the natural persons within the domestic law of the state parties for ‘human rights violations or abuses in the context of business activities, including those of transnational character’.

The draft UN treaty also provides that the civil liability of the TNCs and natural persons ‘shall not be contingent upon the finding criminal liability…’ Importantly, the question of jurisdiction is also settled by vesting the jurisdiction with respect to claims brought by victims of human rights violation in the courts of state where a) such acts or omissions occurred, or b) the victims are domiciled; or c) the natural or legal persons alleged to have committed such acts or omissions in the context of business activities, including those of a transnational character, are domiciled. A legal person is considered as domiciled at the place where it is incorporated or has a statutory seat or central administration, or sustainable business interest.

While the treaty still in the process of deliberation, the Nevsun judgment seems to be a precise application of the principles related to liability and jurisdiction as provided in draft UN treaty. The judgment recognises that the domestic courts of the state where a TNC is incorporated have jurisdiction to hear a claim related to the violation of CIL norms concerning human rights arising from the acts and omissions of such TNCs committed abroad. Simultaneously, the judgment recognises that a civil liability of the TNCs can be invoked and damages can be claimed.

Interestingly, however, the Nevsun judgment does not refer to the draft UN treaty, and the deliberations surrounding the draft, which certainly would have been far more useful in ascertaining the current state practise and opinio juris regarding the liability of TNCs and other business enterprises for violation of human rights obligations. Nevertheless, the judgment in Nevsun certainly adds to the evolving state practice concerning the accountability of TNCs and business enterprises for human rights violations. The judgment also certainly will be a positive influence for the courts of other jurisdictions to enforce CIL norms directly into the domestic legal system for holding TNC accountable for their actions overseas.

Indian courts have, in a catena of cases, held that the rules of CIL ‘which are not contrary to the municipal law shall be deemed to have been incorporated in the domestic law and shall be followed by the courts of law.’ However, the courts in India have yet not come across individuals filing claims seeking damages for violation of CIL obligations related to human rights by TNCs abroad. Hence the position of law on whether a civil action claiming damages for violation CIL by TNCs is unclear in India.

However, it is not impossible to envision cases of these kinds before the Indian courts, with Indian companies (such as Adani in Australia) with contested human rights records operating in the natural resource sector abroad. Therefore, the Indian courts would do well to positively respond to the landmark judgment of the SCC in Nevsun, and engage in a nuanced discussion on international law in general, reflected in SCC’s approach to a great extent.

Pushkar Anand is Assistant Professor at the Faculty of Law, University of Delhi, India. He can be reached at pushkar.rathaur@gmail.com.