All Eyes on SC: CJI Ranjan Gogoi Expected to Give Crucial Orders Before Retirement

Some of the prominent cases include the Ayodhya land title suit and the Rafale and Sabarimala verdict reviews.

New Delhi: With just five working days – November 11 to November 15 – remaining before Chief Justice of India Ranjan Gogoi retires on November 17, all eyes are now on the Supreme Court as benches headed by him are due to pronounce judgments in some very important cases.

The most sensitive of these judgments would be for the Ayodhya Ram Janambhoomi-Babri Masjid title dispute case. After 40 days of daily hearings from August 6, a five-judge bench headed by CJI Gogoi and comprising Justices S.A. Bobde, D.Y. Chandrachud, Ashok Bhushan and S.A. Nazeer, reserved judgment in the matter on October 16.

The case pertains to ownership of 2.77 acres of disputed land in Ayodhya. While Hindu parties have claimed that the land is the birthplace of Lord Ram, the Muslim parties have claimed otherwise. Several gazettes, historians, land documents, travelogues and reports of Archaeological Survey of India were quoted during the course of the arguments.

Wary that the judgment should not result in a law and order situation, several Muslim and Hindu rightwing groups including Bharatiya Janata Party and its parent organisation, Rashtriya Swayamsevak Sangh have appealed for peace and restraint. It has also been urged that there should be no celebrations or excessive mourning over the verdict.

Meanwhile, Justice Gogoi has called a meeting with the Uttar Pradesh chief secretary and director general of police to assess the situation in the state ahead of the verdict.

The Supreme Court in its December 14, 2018 order had refused to call for an investigation into allegations of corruption in the Rafale aircraft deal. Subsequently, a joint review petition was filed by advocate Prashant Bhushan, and former Union ministers Arun Shourie and Yashwant Sinha.

On May 10, the last day before summer vacations, a bench headed by CJI Gogoi and comprising Justices S.K. Kaul and K.M. Joseph reserved its order in the case.

The main contention of the plea was that the Central Bureau of Investigation had failed to register a First Information Report on a corruption complaint filed by the petitioners in October 2018 regarding the purchase of 36 jets. The petitioners also claimed that the Central government misled the court by not presenting all the facts before it.

The Centre argued that Supreme Court court enjoyed limited jurisdiction over government policy and that it had taken a “conscious decision” to go ahead with the deal to procure the jets.

A related case on which a judgment is also expected pertains to a criminal contempt plea filed by BJP leader Meenakshi Lekhi against Congress leader Rahul Gandhi. 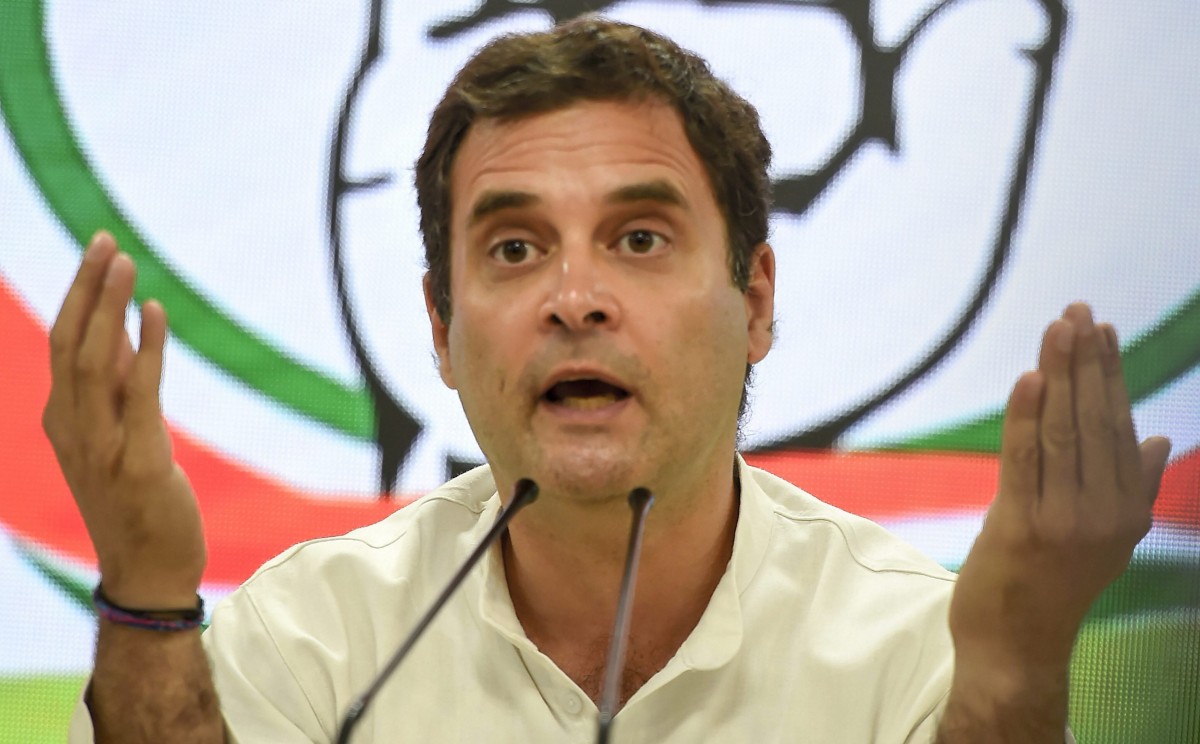 Though Gandhi has unconditionally apologised for wrongfully attributing the phrase ‘chowkidar chor hai‘ to the apex court following its verdict on April 10 allowing the maintainability of the Rafale review petitions, on May 10, the bench headed by CJI Gogoi also reserved its judgment in the matter.

In its April 10 order, the Bench had rejected the Centre’s objections against examining “leaked” documents which had been published by several online publications and newspapers, including The Hindu.

The Centre had objected to the same, stating that they had been obtained without authorisation and this amounted to violation of the Official Secrets Act. The apex court, however, rejected this contention around their legality, saying if they were relevant otherwise then their admissibility would not be affected.

In its September 28, 2018 judgment, the Supreme Court held that not allowing women in their “menstruating years” into the Sabarimala is ultra vires the constitution, and all women should be allowed to enter the temple. The 4:1 verdict, delivered by a five-judge constitution bench headed by then CJI Dipak Misra, noted that “the dualistic approach against women degrades the status of women.”

It allowed women of all age-groups the right to enter the temple.

The order was challenged by the Travancore Devaswom Board, the Pandalam Royal Family and groups of devotees through a total of 65 review petitions. The petitions were heard by a constitution bench of CJI Gogoi and Justices A.M. Khanwilkar, R.F. Nariman, D.Y. Chandrachud and Indu Malhotra. The bench reserved its orders on these review petitions after hearing them for a full day on February 6.

The main contention of the petitioners was that the practice of not allowing women into the shrine was because of the celibate character of the deity. They also stated that constitutional morality should not be applied to matters of faith and that the judgment erred in viewing the practice as “untouchability” under Article 17 of the Constitution as it did not understand the historical context.

Bringing office of CJI under RTI

A five-judge constitution bench headed by CJI Gogoi on April 4 reserved its judgment on an appeal to bring the office of the Chief Justice of India under the Right to Information Act, 2015.

The plea was filed by Supreme Court secretary general against a January 2010 judgment of the Delhi high court which held the office of the CJI to be a “public authority” as per the definition provided by Section 2(h) of the RTI Act.

After it remained pending in the Supreme Court for nine years, the appeal was taken up by the bench headed by the CJI.

Applicability of Finance Act on tribunals

Another important judgment which is awaited pertains to a petition filed by Revenue Bar Association against provisions of Finance Act 2017 that affected the power and structures of various tribunals. The petitioner stated that the Finance Act, as it is passed as a money bill, cannot change the composition of tribunals.

The petition also noted that the provisions of the Finance Act affecting various tribunals such as the National Green Tribunal, Income Tax Appellate Tribunal and National Company Law Appellate Tribunal were unconstitutional and in violation of the doctrine of separation of powers.

The Centre’s response was that provisions were brought in as part of a money bill since they dealt with the salaries and allowances of the members of the tribunals for which the money came from the consolidated funds of India. This was opposed by the petitioners on the ground that a bill merely covering salaries does not become a money bill.

The Supreme Court had reserved its judgment in the case on April 2, this year.