Sorry, Mr. Attorney-General, We Do Actually Have a Constitutional Right to Privacy

The right to privacy flows from a structural reading of the Fundamental Rights chapter, and has been established as an integral part of constitutional jurisprudence over the last 30 years. 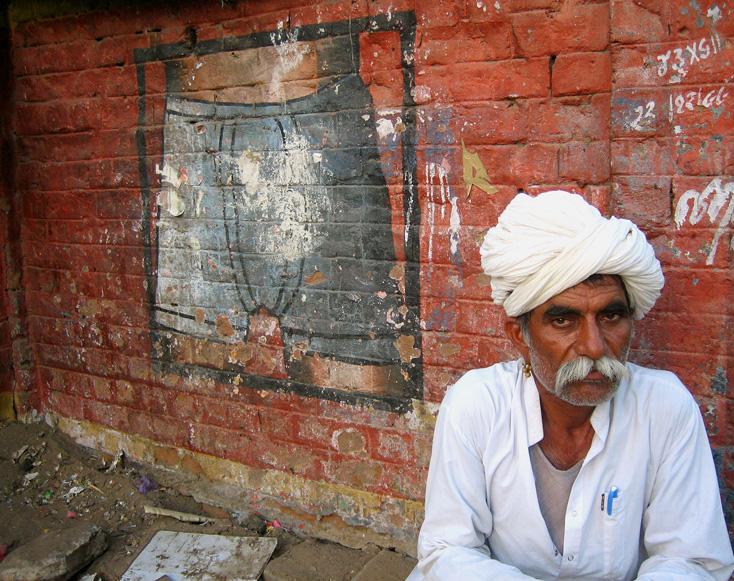 On Thursday, while defending the government’s controversial Unique Identification (UID) program, the Attorney-General of India informed a bench of the Supreme Court that Indian citizens have no constitutional right to privacy.

The Attorney-General’s argument was a response to the claim of the UID’s opponents, which is that it provides insufficient safeguards to protect individual privacy. Its ramifications, however, are much broader. Privacy concerns are central to a new DNA profiling bill that will soon be tabled before Parliament. Additionally, in an age of mass surveillance programs such as the Central Monitoring System and the Netra, which exist in a shadowy, extra-legal realm sans parliamentary debate or statutory sanction, the questions of whether and to what extent Indians have a constitutional right to privacy are critical and urgent.

If the Attorney-General is right, then citizens have no independent claim against intrusive surveillance, data mining, or DNA profiling but must depend upon Parliament to pass a long-stalled Privacy Bill into law. If the Attorney-General is wrong, however, then from the interception of my emails or the storage of my DNA, the government is constrained by the Constitution at every step, whether it is an executive action, or a parliamentary law.

At first blush, the Attorney-General’s argument might sound intuitively plausible. A quick glance at the Fundamental Rights chapter of the Constitution reveals no mention of the word “privacy”, or anything that looks like a “right to privacy”.

Constitutions, however, are more than just literal readings of texts whose meanings must be deemed to have been fixed for all time at the moment of their creation. The limited foresight of the framers, who were men and women of their own time, and indeed, the limits of language itself, require constitutions to be interpreted so that they remain meaningful across varying historical, political and social contexts. For this reason, the American constitutional scholar, Akhil Amar, has famously posited that there are two constitutions that exist beside each other: the “written constitution”, which is the physical document that we see, touch or read – and the “unwritten constitution”, which is constitutional law not contained in the text, but which arises out of the structure and relationships between different parts of the constitution, and the interpretation that judges have given to the constitution over the years, as they have struggled to apply it to their own time and place.

If we think a little deeply about our own Constitution, we will see that without a strong right to privacy, many of the rights guaranteed by the written Constitution will be entirely meaningless. The rights to freedom of expression, freedom of association, freedom of movement, personal liberty, and the freedom of conscience, all need the breathing space of privacy to survive and flourish. Overarching surveillance not only breeds conformity, but chills speech and association, as people increasingly begin to self-censor and dissociate themselves from politically or socially unpopular relationships. Privacy is that part of the unwritten constitution that structures and makes meaningful the great guarantees of our written Constitution, and is therefore as much a right as the latter.

The Indian Supreme Court case that established a constitutional right to privacy proceeded along this line of reasoning. In Gobind vs Madhya Pradesh, the petitioner challenged certain police regulations under cover of which the local police were constantly surveilling his house, paying him domiciliary visits, and forcing him to report every time he exited or entered his village. While reading down the regulations, the Supreme Court observed that “rights and freedoms of citizens are set forth in the Constitution in order to guarantee that the individual, his personality and those things stamped with his personality shall be free from official interference except where a reasonable basis for intrusion exists.” In other words, the court located privacy as implicit in the concept of “ordered liberty”, holding that it was a necessary pre-requisite for effective enjoyment of all that was guaranteed to the individual by the Fundamental Rights chapter of the Constitution.

In the 30 years since Gobind was decided, the Supreme Court has developed a rich and complex jurisprudence around the right to privacy, and pressed it into service in some of the most important civil rights cases of the last decades. The right to privacy has been invoked to limit state surveillance, curtail intrusion into personal details such as bank data, and hold unconstitutional invasive interrogation techniques such as narco-analysis. The court has made it clear that if it wishes to infringe the right to privacy, the state must demonstrate a compelling interest, and must also show that its policy is “narrowly tailored” – i.e., that it restricts our rights only to the extent necessary to serve its goal.

What then was the basis of the Attorney-General’s claim, apart from a crudely literal reading of the Constitution? He relied upon two cases: M.P. Sharma vs Satish Chandra, decided by the Supreme Court in 1954, and Kharak Singh vs State of UP, decided in 1962. In M.P. Sharma, which was a case about the right against self-incrimination (contained in Article 20(3) of the Constitution), the Supreme Court observed that because the Indian Constitution had no provision analogous to the American Fourth Amendment, which prohibited unreasonable searches or seizures, a right to privacy could not be read into Article 20(3). In Kharak Singh, where the facts were remarkably similar to Gobind, the court noted that because there was no guaranteed right to privacy, surveillance of a person’s movements could not be said to be an unconstitutional violation of his freedom of movement under Article 19(1)(d) of the Constitution. Since both M.P. Sharma and Kharak Singh had a “higher bench strength” (i.e., more judges) than Gobind, and therefore bound the latter, the Attorney-General argued that at best, the position of law is contradictory, and must be resolved afresh by a new bench of the Supreme Court that has enough judges to either affirm or overturn the judgments in M.P. Sharma and Kharak Singh.

However, as senior lawyers Shyam Divan and Gopal Subramaniam pointed out in response, M.P. Sharma and Kharak Singh were decided in an age where the Supreme Court held a very different view of fundamental rights than it does now. In the 1950s and 1960s, the Supreme Court believed that every right was separate and isolated from each other, with its own unique content. There could be no overlap, for instance, between the Article 19(1)(d) right to freedom of movement, and the Article 21 right to personal liberty. When a legal provision was challenged, the Supreme Court would first examine which right was implicated most closely, and then decide whether it was violated or not.

But in 1970, in the Bank Nationalisation Case, an 11-judge bench of the Supreme Court abandoned this hermetic view of fundamental rights, holding fundamental rights were not mutually exclusive. This position was affirmed in the famous Maneka Gandhi Case, where the court observed that Article 14 (equality), 19 (fundamental freedoms) and 21 (life and personal liberty) were all interrelated, and that the understanding of one could hardly be complete without reference to the others. This was the position when Gobind came up before the Supreme Court in 1986.

We can now see why the Attorney-General’s reliance upon M.P. Sharma and Kharak Singh is misplaced. The right to privacy, by its very nature, is not found in one specific provision (although the Supreme Court has “read it into” Article 21’s right to personal liberty), but arises out of the structure of the Fundamental Rights chapter. The structural reading of fundamental rights was only inaugurated by the court in 1970, long after the decisions in M.P. Sharma and Kharak Singh. In fact, in Kharak Singh, after observing that the freedom of movement was not hampered by surveillance, the court then noted that it was “not necessary” for it to consider the petitioner’s Article 21 claim. This iron-clad separation of the freedom of movement (Article 19(1)(d)) and personal liberty (Article 21) was abandoned by the court in 1970, and with it, the very basis of Kharak Singh.

There is, in conclusion, no warrant for the Attorney-General’s argument that Indian citizens have no right to privacy. The right to privacy flows from a structural reading of the Fundamental Rights chapter, and has been established as an integral part of constitutional jurisprudence over the last 30 years. It is essential to any meaningful enjoyment of the expressly guaranteed rights in the Constitution. And the cases relied upon by the Attorney-General for his argument cleave to a philosophy of rights that the Supreme Court abandoned 45 years ago.

Gautam Bhatia is a Delhi-based lawyer and legal academic.