The absence of any effort by the CBI to protect and reassure their witnesses is leading to the mass retraction of earlier statements made before a magistrate that had incriminated the accused. 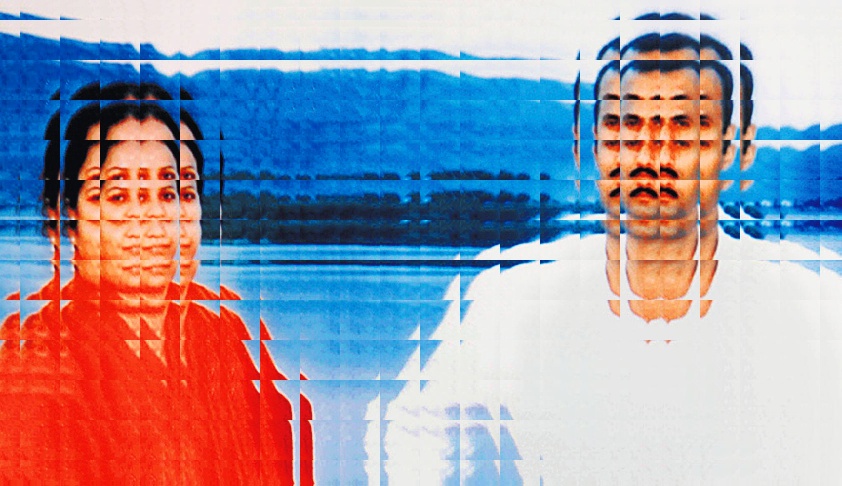 Sohrabuddin Sheikh and his wife Kauser-bi. 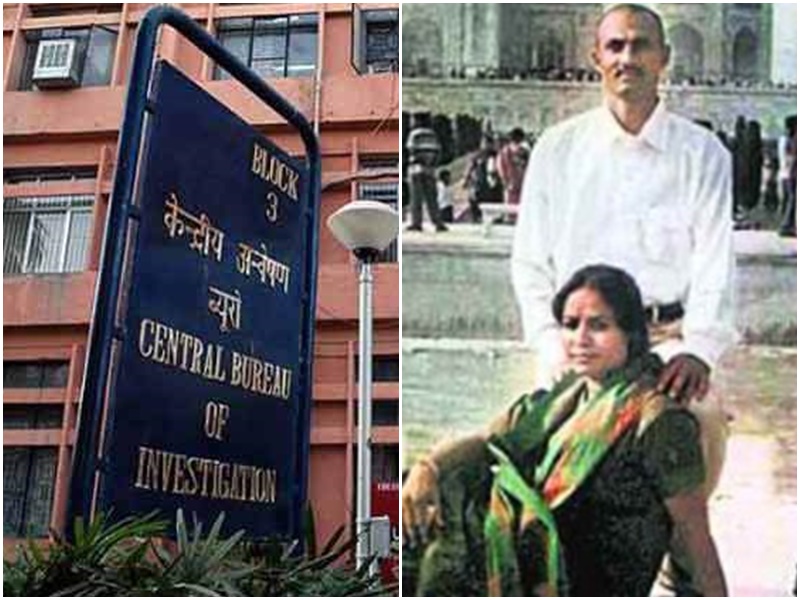 Mumbai: On February 11, Justice Revati Mohite-Dere of the Bombay high court asked the Central Bureau of Investigation (CBI) to explain what concrete steps were taken to ensure the security of witnesses in the case of the extrajudicial killings of Sohrabuddin Sheikh, his wife Kausar-bi and associate Tulsiram Prajapati.

This change in their testimony cannot be attributed just to the inordinate delay in the commencement of the trial, and the many twists and turns that the investigations went through. Given the nature of the crime and the influential positions that most of the accused come from, and, on the other hand, the working-class backgrounds of most of the witnesses, the U-turns in court raise serious concerns over their security while deposing in the court.

Twenty-two persons, including policemen from Gujarat, Rajasthan and Andhra Pradesh, are on trial in the case. The accused face charges including murder, criminal conspiracy, destruction of evidence. The court has so far discharged or dropped charges against 15 accused, including BJP president Amit Shah, who was Gujarat’s home minister when the crime was committed, senior police officers D.G. Vanzara, Rajkumar Pandiyan, Dinesh M.N. among others.

But the witnesses in the case are not influential people but daily wage workers doing odd-jobs. Of the 45 witnesses examined so far, almost all are engaged in daily wage work; mostly employed as cleaners, drivers or garage workers. One person owns a road-side dhaba and another is an accused lodged in jail at the time of deposing before the court. Even though all the accused are out on bail and the extent of their influence is well- known, the witnesses, by the CBI’s own submission, were not provided any security since they “did not complain of threats”.

A crane lift that vanished from memory

A closer look at a few of the recent depositions and the earlier statements these witnesses made in the case shows a concerning pattern. Take for instance, prosecution witness (PW) no. 21, Gurubant Singh Sardar, a resident of Himmatnagar in Sabarkantha district in Gujarat and the owner of a garage who was one of the crucial witnesses the CBI had questioned in 2010. According to the prosecution’s case, the 58- year old Sardar had rented a crane to the Gujarat Anti- Terrorism Squad (ATS) officers to lift a jeep that had got entangled in the sand near Himmatnagar. This jeep was allegedly travelling along with another tempo that had firewood and the body of Kauser-bi, which was later set on fire on the banks of a river near Illol village in Gujarat. Sardar’s deposition would have helped the prosecution build on the aspect that the accused policemen were travelling along with a vehicle which had Kauser-bi’s body in it.

But when Sardar came to court, he not just failed to recall the chronology of the incident, but also denied having spoken to the ATS or even to the CBI officers. “I do not recall that my crane was used to lift any goods vehicle which was stuck in the soil and I was paid Rs. 1100 in the year 2005,” he told the CBI court.

Difficulties in recalling specific timelines and exact dates are natural given the long lapse in time since Sardar first gave his statement to the CID in 2007 and then later to the magistrate in 2010, after the CBI took over the investigations and finally now at the time of his deposition before the trial court eight years later. But his refusal to acknowledge even the use of his crane and having met the officers is not. “It never happened that I was inquired by CID Gujarat and CBI about some incident in 2005,” he claimed, when special public prosecutor B.P. Raju examined him on January 1, 2018. Following procedure, when Raju began to cross- examine Sardar after declaring him hostile, Sardar refused to support any of the prosecution’s claims and continued to only say, “I do not recall this”.

Another crucial witness, Saleema Begum alias Appa, also took a U-turn in court. Saleema Begum is the sister of Nayeemuddin, who was allegedly an associate of Sohrabuddin. According to her statement to the CBI, both Sohrabuddin and Kauser-bi had visited her place in Hyderabad sometime in 2005. In her statement, Saleema had claimed to have known the couple well and that Sohrabuddin and Nayeemuddin were close associates. However, Saleema, who is also facing trial in a local court in Hyderabad and was connected to the CBI court through vdeo conferencing on January 4, claimed not to know Sohrabuddin and his wife.

Her retraction cannot be corroborated since her brother, Nayeemuddin, also known as Kaleemuddin, was killed in an alleged fake encounter by Telangana’s anti-naxal Squad in 2016. Nayeemuddin, who had been declared an absconder by the Andhra Pradesh police and was accused in the murder of DIG Kota Srinivas Vyas in Hyderabad, was shot dead at his house in Millennium Colony in Shadnagar on the outskirts of Hyderabad.

Contrary to the Gujarat police’s claim, the CBI, in its investigations, had claimed that the third person travelling with Sohrabuddin and Kausar-bi was not Nayeemuddin but Tulsiram Prajapati – who was also killed in a fake encounter later. After Nayeemuddin’s death, Saleema was a crucial witness to establish this claim before the trial court.

An arrest that wasn’t

Similarly, 37- year old Gaziuddin Jamaluddin Chabuksawar, a bus-cleaner with Sangita Travels, retracted his earlier statement about how Sohrabuddin and his wife came into the custody of the Gujarat police.

Chabuksawar, according to the CBI chargesheet was on duty on the bus (KA 05 F-5051) on November 22, 2005 on which Sohrabuddin, Kausar-bi and Prajapati were ravelling from Hyderabad to Belgaum. As an eye witness,  heI had said in his statement to the CBI that at 1.30 am on November 23, 2005, the bus was stopped by one Qualis, following which 2-3 persons boarded it, claiming they were police and on patrolling duty.

These officers were identified as ATS’s then superintendent of police, Rajkumar Pandiyan and Nathuba Jadeja. Pandiyan – who was originally booked for arranging the vehicle for the accused policemen to travel from Gujarat to Hyderabad, for taking part in the abduction, being present at the spot of the shooting and later in disposal of Kausar-bi’s body – was discharged from the case on August 25, 2016, for lack of sanction to prosecute.

A few minutes after the prosecution began examining Chabuksawar in the court on December 7, 2017,  he plainly told the court no such incident ever happened, and that he was never approached by the state police or the CBI later for his statements.

One of the panch witnesses, in whose presence soil samples were collected from a river bank in Illol village where Kausar-bi was allegedly burnt, was able to identify even the five envelopes in which the soil samples were taken. These samples were collected on May 2, 2007, nearly 11 years ago. Although he stuck to his statement, later talking to The Wire he said the case has put tremendous pressure on him and his family. “I am a small-time garage owner. This case has put such a serious pressure on me and my family that each time I travel they urge my brothers and relatives in Mumbai to be with me. I am hoping I am not called again to the court in connection with this case,” he said.

One of the CBI officials privy to the investigations since 2010 said that most of the crucial witness statements were recorded before a magistrate to ensure they feel obliged to stay true to their words. “It is a normal practice to record crucial statements before a magistrate. It not just holds a witness accountable, but also in case of retraction the prosecution can seek trial of the witnesses for perjury,” explained the official.

No perjury charges yet

Interestingly, the CBI has not moved for perjury so far. This failure is surprising, legal experts feel, because indicting the first set of hostile witnesses for perjury would have sent a strong message to other witnesses who might then have stuck to their original statements. But CBI prosecutor B.P. Raju says the decision on whether to try someone for perjury or not can be taken in the later stage of the trial. “We have over 700 witnesses in the case and our case is strong. The decision on whether to try them for perjury or not will be taken at the end of the trial. It would be premature to press for it now,” said Raju.

Senior lawyer Rohini Salian, who has been both a government pleader and defence lawyer in several high- profile cases, said that while perjury charges could be one way to ensure accountability, what is lacking is support and trust-building among the witnesses. “Without support and assurance, these witnesses are bound to fall apart. No efforts are taken to ensure they stick to their statements, especially when cases go on for years.”

The high court’s stress over ensuring protection to witnesses in the Sohrabuddin murder trial only points at the larger problem. In the past, the Supreme Court too has repeatedly observed that India needs a witness protection scheme. In fact, in 2006, the Law Commission of India issued detailed recommendations for “administrative or legislative action” for witness protection. Yet to date, India has not enacted a law or developed a nationwide scheme for witness protection outside the courtrooms.