Has Sandeep Tamgadge, the Nagaland cadre IPS officer who was withdrawn in April 2014 from the ongoing probe into two Gujarat killing cases, been framed for knowing too much?

For the last three years, the former investigating officer (IO) of the Sohrabuddin-Kauser Bi, Tulsiram Prajapati killing cases, is facing multiple criminal investigations at the hands of his own agency, the Central Bureau of Investigation (CBI). Evidence has emerged suggesting that the CBI is possibly trying to frame its former IO by manufacturing false evidence against him.  The officer in question is Sandeep Tamgadge, a 2001 batch IPS officer belonging to the Nagaland cadre. Tamgadge belongs to Scheduled caste and originally belongs to Nagpur in Maharashtra.  He was on deputation to CBI from October 2011 till October 2015. Two independent witnesses have given statements before a Nagpur court and the Maharashtra police that the CBI was forcing them to give false statements to implicate Tamgadge in a corruption-related case.

From 2011 to 2015, Tamgadge held multiple charges in the CBI, the most important of which was Superintendent of Police of the Special Crime Branch of CBI, Mumbai. Between November 2011 and April 2014, he investigated the two cases involving the killings of Sohrabuddin, his wife Kauser Bi and a key witness, Tulsiram Prajapati. It is CBI’s case that Kauser Bi was raped before she was killed and her body was burnt and disposed of.

Tamgadge also supervised the investigation of the killing of Ishrat Jahan and under his supervision the agency filed two chargesheets in this case arraigning a slew of senior Gujarat police officers, who were considered close to the then Gujarat chief minister Narendra Modi and then Minister of State for Home Amit Shah. Modi is now the prime minister and Shah is BJP president and arguably the second most powerful person in the country after Modi. 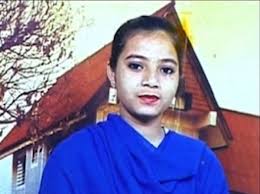 Tamgadge also supervised the probe into the killing of Ishrat Jahan, and under his supervision, CBI filed two chargesheets.

Tamgadge had twice interrogated Shah in connection with his alleged role in these multiple killings—once in January 2012 in connection with the  Prajapati murder case and again in October 2013 to probe Shah’s alleged role in the Ishrat Jahan killing. Again, it was Tamgadge who had filed the chargesheet in the Prajapati case, naming Shah as the prime accused and ‘kingpin’ who planned Prajapati’s elimination. He also filed a supplementary chargesheet in Sohrabuddin/Kauser Bi killing cases, further detailing Shah’s role in these two murders. In the Ishrat Jahan murder case, however, Shah was not named as an accused, for want of prosecutable evidence, but officers close to him were booked on charges of abduction and murder.

Besides interrogating the key accused, including Shah, and filing chargesheets against him and others, Tamgadge had submitted multiple status reports on the ongoing investigations before the Supreme Court of India. All the judges who were part of the bench supervising the investigations had never expressed any dissatisfaction with Tamgadge’s work.

Yet, the CBI withdrew Tamgadge from the investigation of the Gujarat killing cases in April 2014, just weeks ahead of the swearing in of the Narendra Modi government at the Centre. By that time, all opinion polls had predicted a massive majority for BJP. Ranjit Sinha, who is currently facing an investigation for allegedly compromising important CBI investigations, was the CBI director when Tamgadge was removed from these cases. Six months after Tamgadge’s removal from the cases, on December 30, 2014, Amit Shah was discharged by a special CBI judge, M.B Gosavi. In July 2015, the security cover provided to Tamgadge was withdrawn. In October 2015, he was repatriated to his home cadre, Nagaland.

Since repatriating him to his home cadre, the CBI has launched two investigations against Tamgadge in connection with the two investigations that he had supervised while he was holding the charge of SP, ACB wing of CBI, Nagpur. Both cases are unrelated to the case of Gujarat police encounters. In one such investigation credible pieces of evidence have emerged to suggest that the CBI is trying to implicate Tamgadge by creating false evidence.

Also read: Under Modi, the CBI Is Protecting the Powerful While Picking on Critics

The case relates to the arrest made by the CBI, Nagpur, of an officer of the Central Board of Workers Education, an autonomous body headquartered in Nagpur which works under the Union ministry of labour, when he was allegedly accepting a bribe of Rs 4  lakh. The case was registered by the ACB wing of CBI, Nagpur, in the first week of September, 2013. Tamgadge was holding additional charge of SP, ACB at the time. The investigation in the case was supervised by Tamgadge.

After completing the investigation, everyone involved in the case—from the IOs to supervisory officer to legal officers—recommended prosecution of the accused. However, after BJP came into power, the CBI curiously changed its stance. The agency filed a closure report in a Nagpur court, claiming there was not enough evidence to prosecute the CBWE officer. It also registered a preliminary inquiry (PE) claiming that there were allegations that unknown officers of CBI had entered into a conspiracy to register a false trap case and then arrest the accused on the basis of a false complaint. The PE doesn’t mention as to who made these allegations. After registering the PE, the agency began a probe against Tamgadge.

In the original case, there were two complainants named Shantaram Patil and Sanjay Sinha, on whose complaint the CBI had laid a trap and allegedly caught the CBWE officer red-handed while taking a bribe from the complainants. On October, 2015, Sinha registered a FIR at a police station in Nagpur alleging that certain officers of the CBI were pressuring him to give a false statement implicating Tamgadge. He said in his police complaint that he was manhandled, harassed and humiliated and was repeatedly coerced to sign on blank papers. The FIR was registered under Sections 323, 504 and 506 of IPC. The Nagpur Police have not taken any action in this FIR so far.

But, according to the complainants, even after this FIR was registered at Nagpur, the CBI officers continued to coerce them into giving false testimony against Tamgadge that the trap case was a conspiracy hatched by Tamgadge to falsely implicate the CBWE officer. On March 21, 2016, the second complainant, Shantaram Patil, gave a sworn affidavit before a court in Nagpur that he was being threatened by CBI to give false statement against Tamgadge. Patil also alleged that the CBI had forcibly made him sign on blank papers. This author is in possession of both the FIR and the sown affidavit mentioned above.

However, the statements of Sinha and Patil have not deterred the CBI from proceeding with its case. On January 23, 2017 the CBI converted the PE (preliminary inquiry) into a regular case.

In the second such investigation against Tamgadge, the CBI has indicted him for failing to perform his duty as a supervisory officer and have recommended major penalty against him. The charge laid against Tamgadge is that some of the valuables recovered by the CBI in a raid went missing from its “maalkhaana.”

Though the CBI could not find any evidence of wrongdoing by Tamgadge and has instead charged a junior officer with criminal misappropriation, the agency has still recommended major penalty against the IO of Gujarat encounter cases. The ground taken by the CBI is that he was negligent is his duty as a supervisory officer. Major penalty includes possible dismissal from the service. This recommendation is pending with the government of Nagaland.

Besides launching multiple inquiries against Tamgadge, the CBI has also spoiled his annual confidential report (ACR), giving him sub-par ratings, thereby putting his career as an IPS officer in peril. This author has perused the ACR and related records.

It is important to remember that Tamgadge conducted the investigations into the Gujarat police killing cases under the continuing mandamus of the Supreme Court of India. He acted as IO for three years. It is normal for the agencies to keep IOs involved in trials as they are well-versed with the facts of the case and can assist the prosecutors in effectively marshalling the evidence and successfully prosecuting the accused. But since May 2014, the agency has not taken any help from Tamgadge in the ongoing trial. The court has so far discharged or dropped charges against 15 accused, including Amit Shah. And as many as 28 prosecution witnesses have turned hostile. While the key accused who were once charged with multiple killings, extortion and abduction have been relieved, the investigating officer of the case is himself on trial.