Shamnad Basheer, My Friend And One of the Country's Brightest Legal Minds

Shamnad was not just an expert in intellectual property rights, but a relentless crusader who worked towards ensuring diversity and representation of marginalised communities in legal practice. 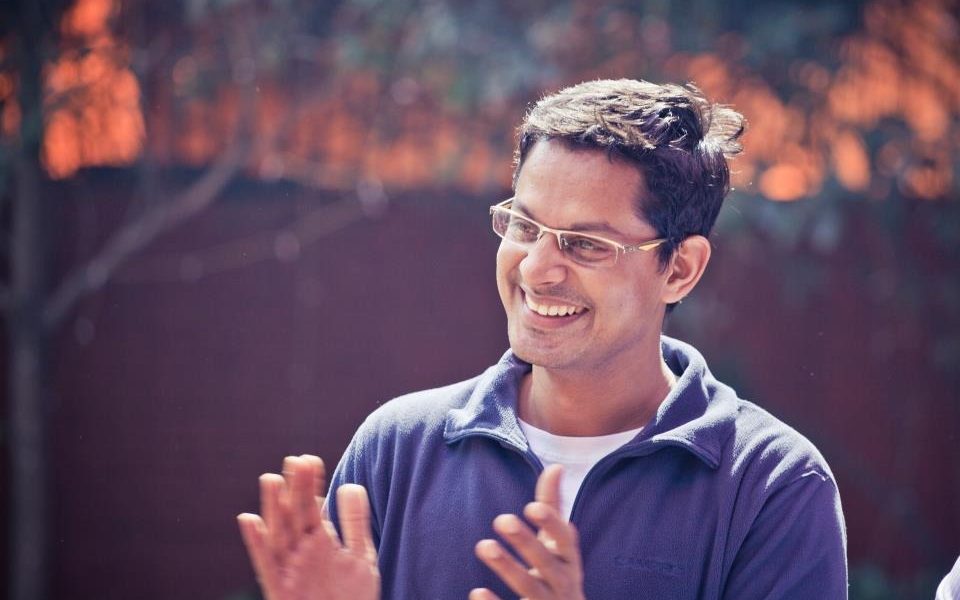 The untimely and tragic death of professor Shamnad Basheer was a bolt from the blue for many of us. As I scuttled to get more information on what initially seemed impossible to believe, I realised that apart from the loss of a friend, the country had also lost one of its finest legal minds. Globally renowned for his expertise in the field of intellectual property rights (IPR), Shamnad was found dead in his car near Bababundangiri in Chikkamagaluru of Karnataka.

As news of his death spread and tributes started pouring in all over my social media timeline, there remained no doubt that his sudden demise was a great loss to the legal fraternity and academia across the globe. Shamnad was a relentless crusader, working day in and out to ensure diversity and representation of marginalised communities in the field of law and legal practice. An alumni of the National Law University, Bangalore and Oxford University, Shamnad was a man on a mission as he championed many causes ranging  from internet equality, fairness in IPR, public interest litigation, judicial accountability, to the rights of sexual minorities, visually impaired and physically disabled persons.

I first heard of him in 2009, when he wrote a blog about remarks made by then Supreme Court judge Markandey Katju. In open court, Justice Katju equated a young Muslim sporting a beard with a Taliban militant. That year, Justice Katju had rejected an appeal of a Muslim student that he should be permitted to sport a beard in his convent school. Rejecting the plea the judge had remarked that, “We don’t want to have Talibans in the country. Tomorrow a girl student may come and say that she wants to wear a burqa. Can we allow it?”

According to Shamnad, “notwithstanding the merits of the case”, Justice Katju’s comments were “callous and insensitive” and he was “unfit to be an impartial judge”. Back then, Shamnad was the HRD ministry’s professor of intellectual property law at the National University of Juridical Sciences (NUJS), Kolkata. In the conclusion of his blog, he wrote:

“The Supreme Court bench may have been right in denying admission to Salim’s SLP. However, in view of Justice Katju’s statements made in open court that equated every bearded Muslim with a Taliban, the possibility of bias against a community cannot be ruled out. And the Chief Justice must not only censure such remarks, but take immediate steps to have this case reheard before anther bench. For justice must not only be done, but also be seen to be done!”

Years passed by, and I kept reading his insightful articles and commentaries in various newspapers and websites. He was prolific, writing on a range of issues related to law, policy and public good. In 2015, a common friend (Tarunabh Khaitan) connected us, asking me if I would be interested in helping Shamnad’s team at IDIA to reach out to the Muslim community. Having admired Shamnad’s writings, the opportunity to work with him was like a dream come true. I readily agreed and eventually, we became good friends. More than anything, he was always on the lookout for ways and means to ensure that IDIA reaches the remotest parts of the country. To contextualise the need of diversity in national law schools, let me quote a study conducted by the students of NLS Bangalore in 2016. According to the study:

“While the students are somewhat evenly divided across sexes, the income, caste and religion statistics are telling of what constitutes ‘merit’ in this country. While 15% of the students reported their family’s annual income to be above Rs 36 lakh per annum, more than 50% reported an annual income of more than Rs. 12 lakh per annum. Eighty two percent were Hindus and the next largest religious group was the wealthy Jain community (5%), which constitute less than 0.5% of India’s population. On the other hand, Muslims, who constitute 14% of India’s population, make up only 0.5% of that of NLS. The NLS also has predominantly upper-caste students at 65%, with about 27% identifying as Brahmins.”

“In the last 15 years i.e., from 2000 onwards, only one Dalit advocate has been designated senior by the Supreme Court, and only two from the Muslim Community. The Advocates from backward States like Uttar Pradesh, Chhattisgarh, Jharkhand or Bihar have not been designated at all. The Advocates from rural background are totally ignored. Even with regard to a progressive State like Karnataka, only one Advocate has been designated after a gap of 25 years. It is relevant to mention that in the last round of designation, out of five advocates designated, four of them belonged to one caste.”

Despite being an extremely busy person, Shamnad believed in and practiced mentoring and coaching young minds, individually and personally. Few years ago, when I visited his flat in Bangalore, he was helping two students who were staying at his house to prepare for the CLAT exam. Both belonged to an unprivileged background, a common thread among the spectrum of students whom IDIA supported. A glance at IDIA scholars, like visually impaired Najrul Islam from Siliguri, West Bengal, who studies at the National Law University, Delhi (NLU) or Meraka Mani from Srikakulam district of Andhra Pradesh, currently studying at IFIM Law College, Bangalore, Aparna Amnekar from Nagpur, Maharashtra, a student of Government Law College, Mumbai, Sonia Sabu of Ernakulam district in Kerala, studying at NLIU, Bhopal and Vinatoli of Dimapur (Nagaland), studying at NUJS Kolkata shows an incredible initiative founded and run by him, with diversity and representation at its core.

Learning from IDIA’s experiment and under the guidance of Shamnad, ALEM India was started last year. The initiative tries to ensure access for socio-economically disadvantaged Muslims and improve their representation in Indian law schools.

His objective was not just to coach students for national law schools or produce batches of successful lawyers and legal professionals. He wanted to prepare young minds who are competent yet socially committed. It is hardly a surprise that IDIA produced graduates like Yogendra Yadav, better known as Yogi. The son of a manual labourer (working in Alang, Gujarat) and a resident of Pitij village in Chhatra district of Jharkhand, Yogi graduated from the National University for Study and Research in Law (NUSRL), Ranchi in 2017. He is currently a lawyer in the Ranchi high court. He worked as a newspaper hawker in and around his village from a very early age and it is while distributing newspapers that he got to know about IDIA and CLAT.

In the recently concluded Lok Sabha elections, he contested as an independent candidate. Explaining his rationale to contest the election, Yogi told Bar & Bench, “IDIA always encouraged me to take up community causes and help as best as I could, They were training me to become a CHAMP and this is all part of that.” I clearly remember Shamnad informing us of Yogi’s inspiring story with pride. “Yogendra Yadav, our IDIA Scholar makes his Political Debut!,” read the email he had sent to some of us.

Shamnad was also keen to highlight IDIA scholars to people working in different walks of life, not just those in the law and judiciary. In 2017, got in touch with me to invite the anti-manual scavenging activist and convener of the Safai Karmachari Andolan, Bezwada Wilson, to deliver the key note address at the IDIA conference on creativity and leadership. 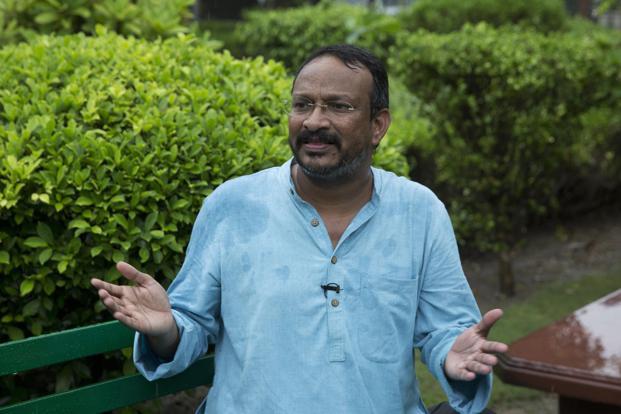 “We share the same set of ideals in terms of empowering the marginalised and building a more inclusive India,” he had written to Bezwada, copying me in the email. Bezwada’s key note, according to Shamnad was “a provocative address”. A year later, he also wrote an article on Bandicoot, a robot to replace manual scavenging. He noted:

“Bandicoot is not just a clever idea; it is a game changer, and dare I say a life saver! Putting some teeth back into India’s constitutional promise of “equality” for Dalits and other marginalized sections who’ve had to clean our crap for years. Only a few days ago, the Delhi high court ruled on a case involving the death of two manual scavengers; making the government pay for its murderous negligence!”

His latest email to me was in July this year, a heart breaker titled: “Deeply Disappointing News: 7 IDIA Scholars Still Without Committed Donors!”. “I am deeply saddened to bring you this disheartening message. Unfortunately, of the 12 IDIA scholars that gained admission to leading law schools this year, we found donor support (covering all expenses) for only 5 of our scholars. Which means 7 of our kids are left behind and it will be a struggle to put them through law school without some promise of a committed donor (or donors),” read his email. Little did I know then that this was going to be his last email to me.

Now that Shamnad is gone and we cherish his memory, our duty is to ensure that we carry forward the work he initiated, in the same spirit that he always professed. And that, I believe, would be our real tribute to him.