The court granted bail to two men who had been accused of sharing a fake video on their Facebook pages. 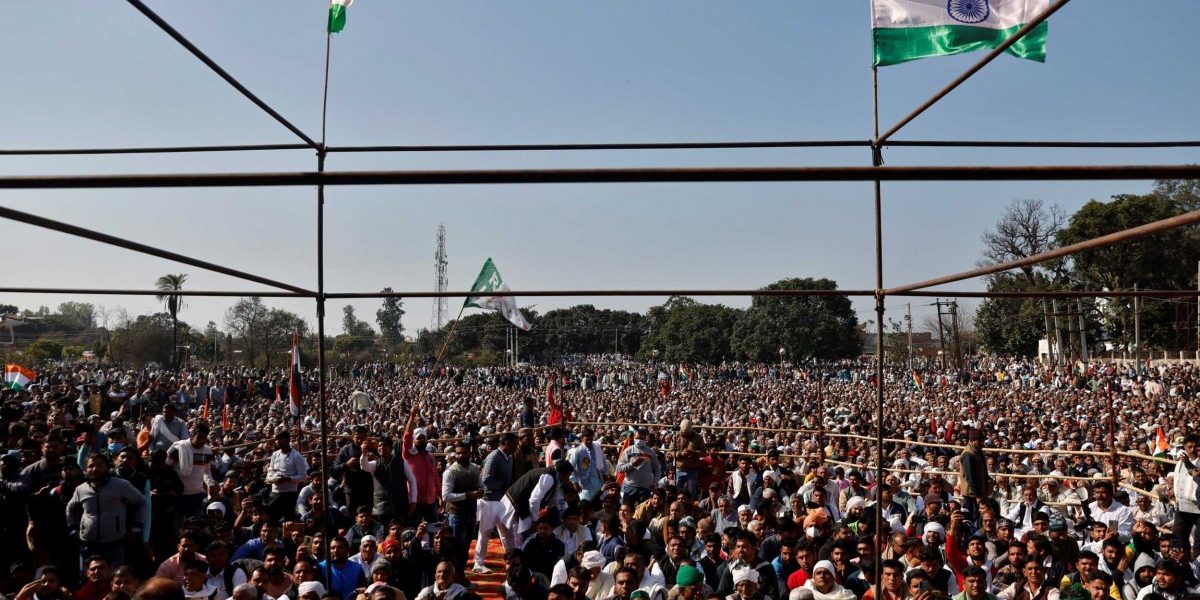 New Delhi: A Delhi court has said that the law of sedition cannot be invoked to quieten the disquiet under the pretence of muzzling the miscreants.

Additional Sessions Judge Dharmender Rana made the observation while granting bail to two persons – Devi Lal Burdak and Swaroop Ram – arrested by the Delhi Police earlier this month for allegedly posting a fake video on Facebook during the ongoing farmers’ protest.

The court also said the invocation of Section 124 A (sedition) of the IPC is a “seriously debatable issue” in the case before it. The court said that the law of sedition was a powerful tool in the hands of the state to maintain peace and order in the society. However, it cannot be invoked to quieten the disquiet under the pretence of muzzling the miscreants.

“In the absence of any exhortation, call, incitement or instigation to create disorder or disturbance of public peace by resort to violence or any allusion or oblique remark or even any hint towards this objective, attributable to the accused, I suspect that Section 124 A (sedition) IPC can be validly invoked against the applicant,” the judge said on February 15.

The judge said, “In my considered opinion, on a plain reading of the tagline attributed to the accused, invocation of Section 124 A IPC is a seriously debatable issue.”

According to the police, Burdak had posted a fake video on his Facebook page with the tagline “there is a rebellion in Delhi Police and around 200 police officials have given mass resignation”.

However, the posted video was related to an incident wherein some persons in khaki (Home Guard personnel) were agitating in respect of their grievances with the Jharkhand government, the prosecution said.

However, the posted video was related to an incident wherein a senior officer of Delhi Police was briefing police personnel at the protest site and also encouraging them to tackle the situation properly, the prosecution said.

Regarding the video posted by Ram, the judge said, “I have personally seen the video in the court room wherein evidently a senior police officer of Delhi Police is raising slogans, in a very agitated tone, and a group of Delhi Police personnel are seen standing besides him.”

“The background voices also suggests a very charged up atmosphere. It was informed by the investigating officer that the accused were not the author of the said post and they had merely forwarded it,” he said.

The court granted bail to both the accused persons on a bail bond of Rs 50,000 each and two sureties of like amount each, noting their custodial interrogation was no longer sought by the police.

The court directed them to join further investigation as and when called upon by the investigating officer and to scrupulously appear at each and every stage of the proceedings before concerned court so as not to cause any obstruction or delay to its progress and that they shall not commit an offence similar to the offence of which they are accused of.

Regarding the allegation of forgery, the court observed that the prosecution failed to point out the creation of any false document in the instant case.

“I fail to understand as to how come the offence of forgery is attracted in the instant case unless there is some false document, as statutorily defined under section 464 (forgery) of IPC, is created by anyone,” the judge said.

Regarding the allegation of spreading rumours, the judge said that the allegations against the accused for commission of the offence punishable under Section 505 IPC seems to bear force but that is bailable offence.

The accused had submitted that they were falsely implicated in the present case. They added that the material alleged against them was innocuous in nature and it was in fact an expression of emotions uttered in disagreement with government policies.

The police opposed their bail applications saying very serious allegations was levelled against the accused and that they not only made a sensational Facebook post with an intent to spread disaffection against the State but has also committed forgery.

The Delhi court’s questions regarding the use of the sedition law are not knew. The Supreme Court has repeatedly ruled that sedition is constituted by written or spoken words which “have the effect of bringing contempt or dissatisfaction or the idea of subverting government by violent means”. In Kedar Nath Singh v State of Bihar, the apex court said that if comments, however strongly worded, do not have the tendency to incite violence, cannot be treated as sedition.

Despite these interventions, however, police across the country continue to use the sedition law arbitrarily, particularly in cases pertaining to dissent.