SC's Order on Rath Yatra: A Juggernaut of Judicial Evasion?

Through a catena of judgments, the position of the law is that religious freedom cannot infringe the various rights of others.

The conflict between public health and individual liberty is incessant, yet few legal scholars could have predicted the failure of the judiciary to halt the juggernaut of Lord Jagannath, and very possibly the spread of the coronavirus.

On June 22, a bench headed by the Chief Justice of India S.A. Bobde reversed its earlier decision of prohibiting the Jagannath Puri Rath Yatra in Odisha. Earlier the court had extolled the epidemiological necessity of curtailing mass gatherings, notwithstanding its religious significance. Later without any cogent legal reasoning, the Supreme Court chose to permit the festivity, with certain restrictions. Not only is such reversal legally arbitrary, but the court’s brusque order creates worrying precedents for the rights jurisprudence in the larger socio-political backdrop of contemporary India.

The first judicial order, implicitly restated a well-established legal principle, that the right to freely profess one’s religion is subject to public health. This restriction is recognised within Article 25, which confirms the right to practise one’s religion. Such restrictions are necessary to bolster different rights of others. Case in point, the enforcement of the right of religious freedom of some, could endanger the right to life and health of others which is simultaneously guaranteed by Article 21.

It is the judiciary’s duty to balance such competing interests and establish a discernible standard of religious freedom. Through a catena of judgments, the position of the law is that religious freedom cannot infringe the various rights of others. This was recently reaffirmed by the Allahabad high court which allowed the recitation of azaan, but upheld the ban on the use of loudspeakers for the same.

Also read: SC Explains Why It Changed Its Mind on Rath Yatra Despite COVID-19 Fears

An obvious question then arises that should it not be impermissible for one religion to indulge in mass gatherings which could increase the spread of a dangerous virus and consequently endanger the life of others?

Further in seeking to manage (though not ostensibly ‘micromanage’) the Rath Yatra by imposing a multiple-day curfew in Puri and curtailing transport the court has impermissibly distributed the burden of religious activities indiscriminately amongst both disciples of Lord Jagannath and non-adherents alike. By endangering the lives and health of the general populace, the court has displayed a unilateral commitment to religious rights of the Hindu majority at the cost of not just the right to life but also the right to movement of others.

Notwithstanding, the impact of the order, the court has peremptorily apportioned guilt of any possible outbreak by noting that the organising committee of the Puri Jagganath Temple Administration would be responsible for adhering to the court’s guidelines. 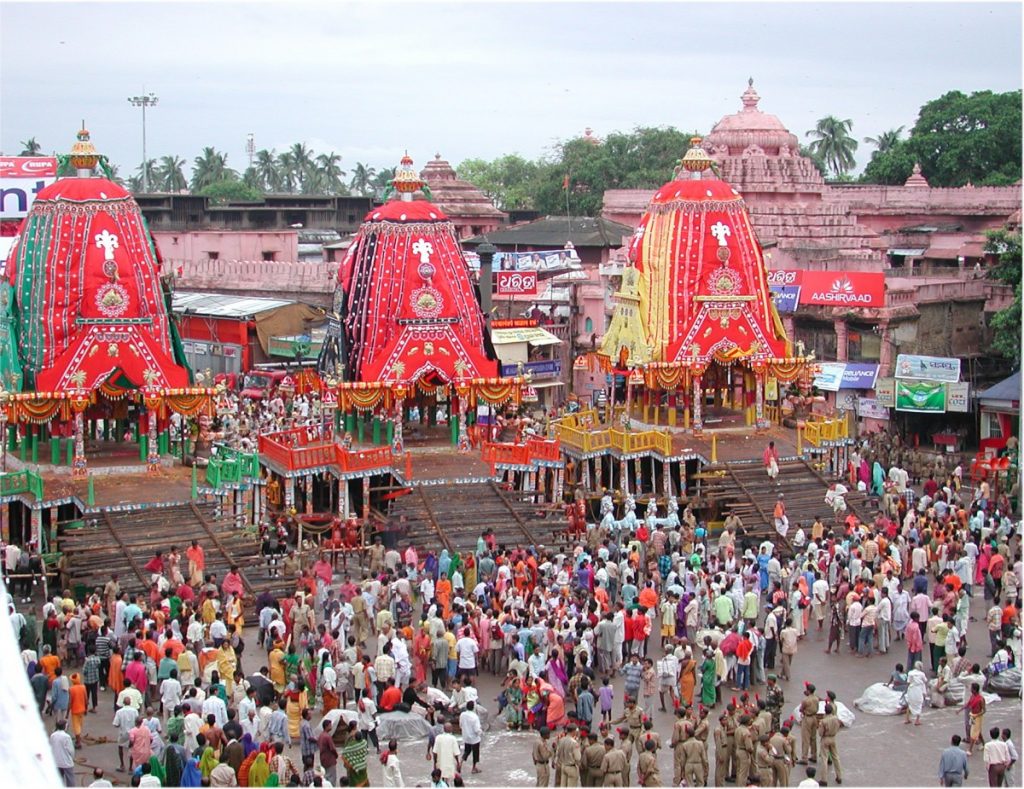 The ‘rath yatra’ is an annual ritual held at the Jagannath Temple in Puri. Photo: Wikimedia Commons

The difficulty in applying this decision to future adjudication is exaggerated as the Supreme Court failed to either identify the rights it was engaging with, or to lay down perceptible standards to resolve future rights-conflicts. Due to this ambiguity, there is a possibility that those who have greater access to judicial counsel and fora would be able to unilaterally enforce their rights at the cost of the weak and downtrodden.

Furthermore, although the lack of detailed reasons is condonable given the paucity of time and the limitations of hearings over video conferencing, the sudden reversal of its order calls into question the finality of orders of the final court of this country. The Supreme Court’s decisions are unappealable. Once determined, a case cannot be reopened save to correct patent errors or account for changed circumstances.

In our opinion, neither of these conditions existed in the present case. The severity of the pandemic had not changed nor had the competency of the authorities to control it. Instead, what seems to have changed over the course of four days is the neutral stance of the state of Odisha, which chose to support the yatra. But, changing conclusions on the basis of changed stances of parties in adversarial litigation is extremely myopic. It augments delay and undermines the public trust in the judiciary. Additionally, it incentivises dominant parties to bench-hunt and reagitate lost battles.

The Indian Supreme Court has come under recent criticism, for its perceived favouritism towards the Hindu religious majority in general and the ruling party specifically. This decision is unfortunately not the only time when the apex court’s impartiality was called into question. The Union home minister Amit Shah has credited the reversal of the Supreme Court’s decision to Prime Minister Narendra Modi’s actions. This remark has only amplified the allegations of a pro-majority bias of the court.

The response of the court to the Delhi riots, its refusal to stay the implementation of the controversial Citizen (Amendment) Act and its decision in the Babri Masjid dispute, amongst others, have highlighted a possible slant against the religious minorities in the country.

Also Read: The Majoritarian Assumptions That Birthed a Populist Verdict

However, all is not gloom. The decision of the Gujarat high court serves as a lodestar to similar disputes. Although the high court deftly distinguished applicability of the Puri Rath Yatra judgment to a demand for allowing a similar yatra in Gujarat by highlighting the difference in the severity of the coronavirus between the two states, the crux of its order lies in its prioritisation of Article 21 over Article 25, in line with our constitutional scheme.

As Bakr-Eid approaches, only time will tell if the court would similarly permit public gathering and uphold religious liberty of minorities depending on the severity of the coronavirus outbreak in each locality. This can be the watershed moment for the Supreme Court to silence its critics and bring back parity in judicial reasoning for the country’s various religious minorities and the Hindu majority alike.

However, if this process is not undertaken, then it would be a far more egregious violation of the right to equality and equal protection of the laws of the minorities enshrined in Article 14. In the absence of such parity, there will be no halt to the juggernaut of judicial evasion of selective right enforcement in India.

Curiously, such alacrity in protecting religious freedoms of some is in sharp contrast with the passivity the Court has displayed in protecting the occupational and physiological needs of India’s poor migrants. It can only be hoped that the court “temper[s] its doctrinaire logic with a little practical wisdom” for otherwise it would be unable to stop the juggernaut of the Coronavirus.

Ganesh Khemka and Dhruv Jadhav are alumni of the National Law School of India University, Bangalore and are Advocates at the high courts of Delhi and Bombay respectively.

This article was first published on Bar & Bench.