The Supreme Court could have held that access to internet was a fundamental right, given clear orders to the Centre, and constituted a panel to look into Kashmir after the internet shutdown. It did none of this. 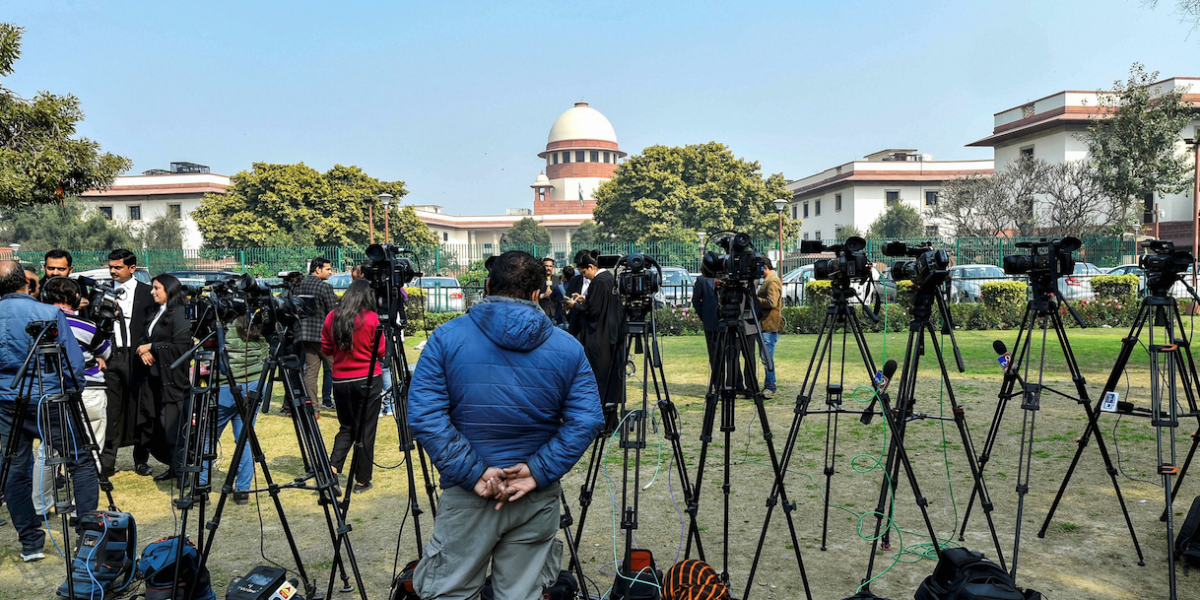 On January 10, 2020, the Supreme Court declared that freedom of speech and expression and freedom to practice any profession over the medium of the internet enjoys constitutional protection under Article 19(1)(a) and Article 19(1)(g). The case was Anuradha Bhasin vs Union of India & Ors. Writ Petition (Civil).

The decision was lauded all over the media and, tellingly, by people on the internet as a landmark judgment and a victory for freedom of speech.

Even though the judgement has been inaccurately reported as upholding the right to internet as a fundamental right, it carries a semblance of hope, if not concrete remedies.

Inter alia the court held that:

(i) Suspending internet services indefinitely is impermissible under the Temporary Suspension of Telecom Services (Public Emergency or Public Service) Rules, 2017. That suspension can be utilised for a temporary duration only.

(ii) Any order suspending internet under the suspension rules is subject to judicial review.

Of rights and remedies

The court limited itself from declaring the right to access the internet as a fundamental right, as the petitioners had not asked for this.

The focus of the judgment was instead upon the body of case laws which have paved the way for upholding fundamental rights utilising the medium of the internet.

While the judgment does an admirable job of summarising the position developed over time in relation to print and digital media, it however proceeded with trepidation over the tool under the present curtailment. The judgement tight-roped between decisions which have exalted the need to uphold guarantees under Article 19(1)(a) and 19 (1)(g) and the ample danger it saw in the direct line between access to internet and extremism and terror.

The direct line was drawn based upon the history of the region itself, which was also submitted by the Central government as the basis for all assumptions about latent terror tendencies.

One also notes, with caution, that viewpoints of American experts were forwarded to argue that traditional warfare methods were inadequate to meet cyber-terror threats in the context of a “war on terror”.

The caution, here, lies in noting that the literature relied on in the judgment may well have required revision given that these were published a decade ago, which in the context of technological responses can be termed as aged. Additionally, this cautionary note comes with the hindsight that the United States had indeed adopted non-traditional methods to deal with cyber-threats after such concerns were raised. Journalists at a sit-in at Srinagar’s press club to protest the internet gag. Photo: Mudasir Ahmad

But that these methods, such as mass surveillance, had also brought forward questions of privacy, liberty and even abuse of power. The fiasco over whistle-blowers, profiling of individuals, and the increasing questioning of uber aggressive methods by the government continue to haunt the American populace.

The court noted that the submissions of the government were plagued with obfuscation of the concept between warfare and law and order, and the judgement took pains to ensure that that the restrictions imposed did not work as carte blanche for the state to bypass adherence to the tests for reasonability and proportionality.

Of rights without remedies

Where the judgment falters though, is in determining what may be considered temporary.

The Centre, in its submissions, as encapsulated in the judgement, did not express that the suspension was to be indefinite, even though it has continued unabated. The court laid down the law, but did not provide relief. It has been more than 192 days since internet services have been made entirely available in Kashmir in what is already the longest shutdown in any democracy till date.

This lack of relief stings in the face of previous criticisms of delay in dealing with habeas corpus and freedom of movement petitions which have sprung from the region.

The unprecedented shutdown exceeds every measure of reasonableness that the judgement harkened to and the oscillation between privilege to lack of availability of orders betrayed a lack of substance. The judgement fell short of providing relief and banked upon the state government to review the orders without any specific directions.

In effect, the people of Kashmir would have to rely upon the good faith and zealous reading of the judgement by the authorities, while it continues to trickle access to whitelisted sites at the maximum.

Prior to August, 2019, Kashmir was already the most militarised region in the world. In August, the Central government added more than 40,000 security personnel to the existing number. To contextualise, the Indian Army puts the estimate of terrorists in Kashmir to be around 400. The number of security personnel in J&K is around 3 lakh.

The ratio of civilians to security personnel is 1:30. Yet, the bulwark of submissions by the Centre rested on the claim of security threats which could not be withstood if internet and telephonic access was provided to the citizenry in the region, even in the hospitals.

The Kashmir problem is undoubtedly one of the longest and most complex in the world, which given the nature of rights in question made the decision as perhaps one of the most important that the Supreme Court would decide on in decades. On one side hung in balance the rights of over 12 million citizens and on the other the claim of imminent security threat by the centre.

This is, notably, the same government that millions of residents are at loggerheads with. A situation which is exacerbated by the mistrust between the citizenry under lockdown and the central government.

Given all this, one wonders if it would have been more suitable for the Court to have looked beyond the submissions, especially when the stance of the Central government in the proceedings could be best characterised in terms of shifting sands.

The Supreme Court may have appointed a committee to assess the ground situation and passed appropriate orders, as it has done many times before.

An expert committee, in this instance, could have acted as a fact finding mission to provide an interim report within four weeks about the complete picture in the region and an opinion as to whether a complete blackout of communication, which included hospitals and mainstream media outlets, was justified. It could have also shed light on whether any egregious violation of fundamental rights had occurred during the blackout.

The matter has now reached its seventh month and certain media outlets had been able to provide restricted ground reports within the first month of the blackout that have completely contradicted the government’s account.

This committee, preferably composed of five members – a retired Supreme Court Justice, a retired J&K high court Justice, a security expert, a J&K based eminent journalist, and one more member – may have also allowed for a holistic viewpoint. A report of such kind would have aided the court in allowing for relaxation of restrictions in hospitals, main stream media outlets in Kashmir, emergency services, landline calls, etc.

However, the larger point is about timely redressal as the judgment came on the heels of decisions whereby all steps have been taken to transplant responsibility onto the J&K high court, an institution which itself saw hurdles in its functioning during this period.

An issue of such importance comes knocking on the doors of the court rarely, and when millions of conflict-ridden people, who were denied access to communication, hospitals and right to move around looked up to the court for justice.

The petition against the curbs was filed on August 10, within five days of the measures, and was listed six times without relief.

Unfortunately, the spectre of ADM Jabalpur once again haunts the institution whereby the error of the past is reinventing itself in a new shape through repeated delays and deference to the wisdom of the executive, even though it fails to produce orders.

The self-correction that the institution had to undergo along the lines of the dissent of Justice H.R. Khanna in the controversial 1976 ADM Jabalpur case may be endangered by this path.

Zaid Drabu is a lawyer at the Supreme Court of India. Aiman Hashmi is an LLB candidate at the Faculty of Law, University of Delhi.