Eleven years after order, none of the states have conformed to the guidelines, says a Commonwealth Human Rights Initiative report. 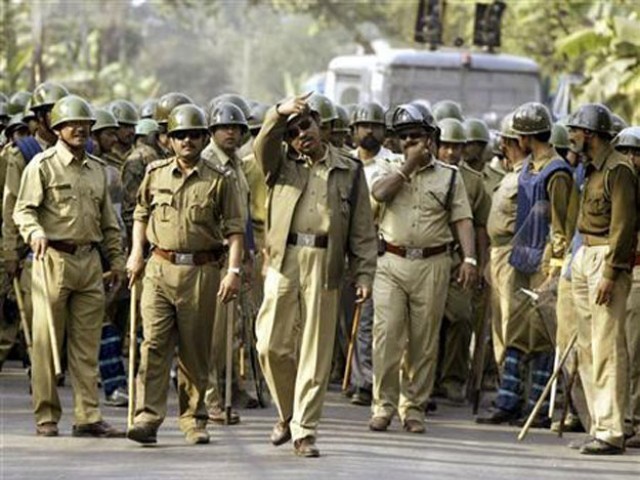 New Delhi: Eleven years ago, on this day, the Supreme Court had issued directions to the Centre and state governments to transform their police forces into professional, accountable and efficient service units. However, a recent report shows that compliance remains far from satisfactory with none of the governments enacting laws to adhere to the guidelines.

In fact, the Commonwealth Human Rights Initiative, a non-profit organisation working in the areas of access to justice (police and prison reforms) and access to information for over two decades, has pointed out that while 18 states enacted new police acts and 11 issued executive orders, ostensibly to comply with the Supreme Court orders, not a single one of them conformed to the directives.

“Many states have in fact taken the opportunity to ensure the police remain under the control of state governments and less accountable,” a note issued by CHRI said, adding that the seven directives had provided for “practical mechanisms to kick-start reform.”

The idea behind these directives was to “put in place mechanisms to ensure political control of police by the political executive is conditioned and kept within its legitimate bounds; internal management systems are fair and transparent; policing efficiencies are increased in terms of their core functions and most importantly public complaints are addressed and police accountability enhanced,’’ it said.

However, most of the states rejected, ignored or diluted significant features of the directives. The CHRI said the laws in these states “continue to vest the state governments with the sole discretion to appoint and transfer the Director General of Police instead of providing for selection from a panel of officers chosen by the UPSC.”

Also, it said, the final decision on transfer and postings of the superintendent of police in charge of a district, or the officer-in-charge of a police station, continues to vest in the state government instead of with the police organisation as envisaged by the court. “This will continue to limit the ability of the police to stand up against illegal or irregular political orders,” the CHRI said.

Another area of concern has been that the non-adherence to independent checks and balances as suggested by the apex court. “Where constituted, the State Security Commission, a bi-partisan body mandated to develop policy guidelines and conduct police evaluation, either fails to ensure adequate and meaningful representation of independent members and/or does not include leader of the opposition, thereby reducing it to a mere rubber stamp,” the organisation said.

It also noted that the functional independence of many of the police complaints authorities had been constrained as they had been “designed to include serving police officers acting as judge in their own cause, thereby subverting the very objective of external oversight.”

Centre did not set any example

As for the central government, it failed to lead by example and proved to be “a laggard in every way”, the CHRI said, adding that while it had set up a committee in 2005 under noted lawyer Soli Sorabjee that prepared a Model Police Act but successive governments ignored it completely. In the case of Delhi, whose police reports to the Centre, the organisation said it still does not have an independent police complaints authority and its state security commission has met barely 4-5 times in the past five years.

This being the case, CHRI said, it comes as no surprise that the police is regularly cited for “abuse of power, corruption, bias, custodial violence, criminal behavior, and inefficient performance.”