"Dastardly act of violence is going unpunished for want of evidence," the court said while acquitting four accused. 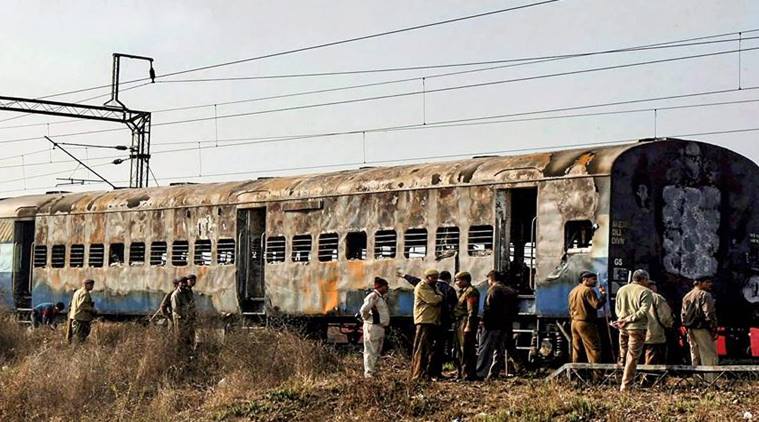 New Delhi: While acquitting four accused in the Samjhauta Express case due to lack of credible and admissible evidence, Panchkula special court judge came down heavily on the National Investigating Agency, saying there were “gaping holes” in the prosecution’s case.

The court said the NIA had failed to conduct a Test Identification Parade (TIP) of the suspects after learning that an Indore tailor may have stitched the covers of the two suitcases in which unexploded bombs were found in the train.

While pronouncing the judgment, Singh said: “It is generally noticed that a malaise has set in in the investigating agencies which coin various terms like Muslim terrorism, Hindu fundamentalism, etc, or brand act(s) of criminal(s) as act(s) of a particular religion, caste or community.”

According to The Tribune, the agency had described the 2007 Samjhauta blasts as a revenge of jihadi attacks on Hindu temples in its chargesheet against the accused.

All the four accused – Naba Kumar Sarkar alias Swami Aseemanand, Lokesh Sharma, Kamal Chauhan and Rajinder Chaudhary – were acquitted by the court here on March 20. The 160-page judgement in the case was made public Thursday, with the judge saying that he was doing so “with deep pain and anguish” because a “dastardly act of violence” was going unpunished, Indian Express reported.

Sixty-eight people, mostly from Pakistan, were killed in February 2007 in the blast on the India-Pakistan train near Panipat in Haryana.

‘Gaping holes’ in the case

The judge said that as per the prosecution’s case, the covers of suitcases with the unexploded improvised bombs were bought from Kothari market in Indore, and found to have been stitched by a tailor there. However, “very strangely,” the agency did not a get an identification parade of suspects conducted to establish this.

“Thus the investigating agency has lost a very valuable piece of evidence by not conducting investigation properly in this regard,” the judgment said.

The judge said the identification parade “might have given some vital clue about real culprits involved in the crime. However, the same has not been done for the reasons best known to the investigation agency.” 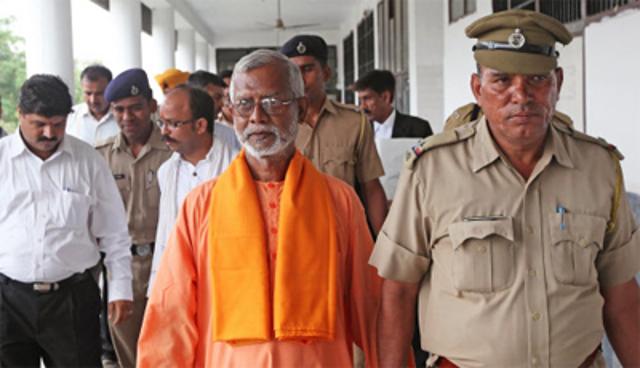 The judge further recalled that the NIA submitted that during investigation, it learned through telephone call date records that one of the accused Sunil Joshi was in Kothari market area on February 14, 2007.

The agency also submitted that call records of Sunil Joshi, Sandeep Dange and Aseemanand showed the links between the suspects during February-March, 2007.

The judge said the prosecution had examined a witness who said he was on board the Samjhauta Express.

According to the witness, the train started from Delhi around 10:50 pm and after about ten minutes stopped for some time.

The witness said somebody was saying that some persons had got down from the general coaches, “meaning thereby that some suspects are stated to have de-boarded the train after start of journey”, according to the judgment.

“However, there is no investigation on this aspect and in fact as per version put forth by the investigating agency, none of the accused persons travelled in the Samjhauta Express train and the accused had allegedly planted explosives in the train at the platform of the Old Delhi Railway Station and escaped then and there,” the judge said.

He said the testimony of a witness goes diametrically opposite to such version of the investigating agency.

“Admittedly, the present case is based on circumstantial evidence and it is settled law that all circumstance must form a complete chain in order to rule out innocence of the accused persons or culpability of persons other than the accused,” the judge said.

He said there was no evidence regarding any meeting of minds between the accused to commit the crime. No concrete oral, documentary or scientific evidence was brought on record to connect the accused, facing the trial, with the crime in question, he said.