Should the Supreme Court Judge on the Sahara-Birla Pay-Off Case Have Recused Himself?

Petitioner's counsel Prashant Bhushan tweeted an image of Justice Arun Mishra at an informal gathering with Madhya Pradesh chief minister Shivraj Singh Chauhan, one of the alleged recipients of the pay off.

Petitioner's counsel Prashant Bhushan tweeted an image of Justice Arun Mishra at an informal gathering with Madhya Pradesh chief minister Shivraj Singh Chauhan, one of the alleged recipients of the pay off. 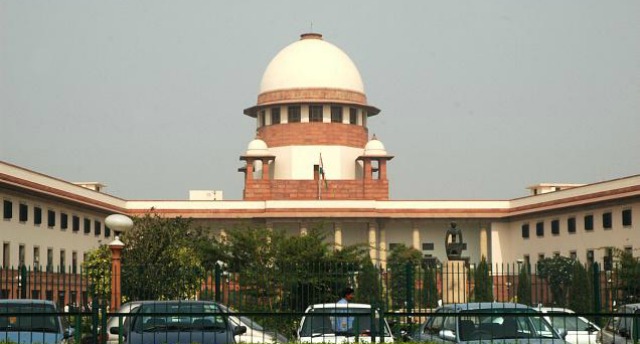 New Delhi: The petitioner’s counsel in the Sahara-Birla pay off case, Prashant Bhushan, has tweeted a photo which shows the Supreme Court Justice Arun Mishra posing informally with the Madhya Pradesh chief minister, Shivraj Singh Chauhan, along with some other people who appear to be family members.

Chauhan is allegedly one of the recipients of the pay off, while Mishra, along with Justice Amitava Roy, had on January 11 dismissed the application of the petitioner to direct an impartial probe into the alleged pay off for absence of “cogent” evidence. The photograph was allegedly taken days before the order was authored by Mishra.

If the photograph is genuine, it does raise the question of whether Mishra ought to have recused himself from hearing the case. Since he heard and decided the case, without any of the parties making a formal application for recusal, it leads to the inevitable question of whether the chief justice of India, on the administrative side, should recall Mishra’s order and post it for rehearing by another bench. Whether the CJI should do so without the petitioner’s counsel, who brought this photograph to the public domain, making a formal plea in this regard is, of course, a moot question.

J Mishra in Sahara payoff case said persons holding High posts can't be inv on such docs,seen days before Jt with such person who got 10Crs! pic.twitter.com/smo5J3c2Hu

An objection of bias against a judge hearing a case has to be taken at the earliest; else it is deemed to have been waived. The judicial precedents have laid down that it is not every assertion of apprehension of bias but only apprehension of bias which is of substance and could be entertained by a reasonable, objective, informed and fair-minded person having considered all facts that ought to persuade a judge to recuse from hearing a case.

The court would test the reasonableness of the apprehension in delving into the minds of the applicant and examine the material placed before it, even by calling for a written report by the judge concerned.

In 1999, Lord Hoffmann’s failure to disclose his links with Amnesty International resulted in aborting a landmark decision in relation to Chilean dictator General Augusto Pinochet, which was made by a panel of which Hoffmann was a member.

In 2004, Justice Antonin Scalia of the United States Supreme Court, who passed away last year, declined to recuse himself from a pending case, Cheney v United States District Court for the District of Columbia. The case raised questions about the role of the National Energy Policy Development Group, which was chaired by vice president Richard Cheney.

The Sierra Club, a well-known organisation with many years of campaigning on environmental issues, filed a recusal motion arguing that Scalia had created at least the appearance of impropriety by going on a duck hunting trip with Cheney after the US Supreme Court had accepted review of the case, saying that on that basis he should not sit on the case. This was in the context of a federal statute in the US which provides that a judge shall disqualify herself in any proceeding in which her impartiality might reasonably be questioned.

In a memorandum setting out his reasons for declining to recuse, Scalia asserted that he could impartially adjudicate the issues of statutory interpretation and separation of powers that the Cheney case raised. He concluded:

“The question, simply put, is whether someone who thought I could decide this case impartially despite my friendship with the vice president would reasonably believe that I cannot decide it impartially because I went hunting with that friend and accepted an invitation to fly there with him on a government plane. If it is reasonable to think that a Supreme Court justice can be bought so cheap, the nation is in deeper trouble than I had imagined.”

Scalia also added that many justices had reached the US Supreme Court precisely because they were friends of the incumbent president or other senior officials.

Michael C. Dorf, a senior law professor at Columbia University, a critic of Scalia, put it succinctly: “The not-so-subtle subtext of the opinion goes something like this: ‘We, Supreme Court justices, are part of the ruling elite and we’re entitled to live like it. How dare you commoners question our integrity!”

Scalia also had another reason not to recuse: with his absence, the court would have been reduced to eight justices and therefore be unable to resolve significant legal issues, in the event of a tie.

It is obvious that none of the defences which Scalia made in the context of the US are available to a judge in India who is alleged to have posed for a photograph with a politician earlier on a social occasion or a family event and then asked to sit in judgment when the same politician faces allegations of having received bribes.

In some jurisdictions, the ability of a judge to recuse himself is constrained by the ‘duty to sit doctrine’, which means that unless a judge is required by law to disqualify himself or herself, they cannot simply choose to recuse himself, but must remain on the case. In India, judges do not follow any such doctrine and no law requires judges to disqualify themselves. 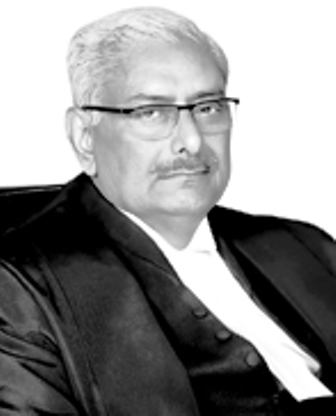 In India, however, judges routinely recuse themselves from hearing cases for reasons which are not normally disclosed. On September 6 last year, the then Chief Justice, T.S. Thakur recused from hearing a PIL that sought guidelines for safeguarding the rights of the public against alleged misuse of power by probe agencies during search and seizure operations. As the plea contained details of recent searches conducted at the houses of Himachal Pradesh chief minister Virbhadra Singh, Thakur said in the open court: “I know him for many years. I will not be part of the bench which hears it.” The petition, filed by journalist Upendra Rai, has contended that probe agencies were harassing people while conducting searches.

On January 20, Justice R.K. Agrawal recused from hearing the special leave petition filed by self-styled godman Asaram against the denial of bail by the Rajasthan high court, although he had heard the same case earlier on four occasions. The probable reason is that the judge found out that he knew one of the parties in the case and therefore his recusal was warranted.

On January 23, the Chief Justice of India J.S. Khehar recused from hearing a petition filed by former Congress MP Pratapsingh Bajwa, who sought court directions to the Centre and the state to take immediate action into instances of misappropriation, diversion and pilferage of food grains in Punjab. In the Supreme Court, judges generally recuse themselves from cases involving their home states as parties, to rule out the perception of bias on their part. This is perhaps why the CJI recused himself from hearing this case.

On the same day, Justice Rohinton Fali Nariman, another judge of the Supreme Court, recused himself from hearing an appeal from the former deputy chief executive officer, Noida, Rajiv Kumar, against his conviction and sentence under the Prevention of Corruption Act. His reasons were not disclosed by the judge himself, but can only be inferred: it could possibly be because of some past association with one of the parties as a counsel, as Nariman joined the court directly from the bar.

On January 25, Justice Dipak Misra of the Supreme Court recused himself from hearing two cases: Safe Development Alms Trust vs Admissions Supervisory Committee for Professional Colleges, which is a 2016 special leave petition, and Bandaru @ Bellam Venkatramaiah vs K. Surya Kumari, a 2009 civil appeal, again for reasons which may be considered as routine in legal circles: as some remote association of the judge concerned with one of the parties, warranting his recusal, voluntarily, but the reasons for which he did not feel it necessary to disclose.