The 2015 petition from Common Cause questioning the appointment of the current CVC is still being heard, but the appeal to look into the Sahara-Birla groups' alleged bribes has been dismissed. 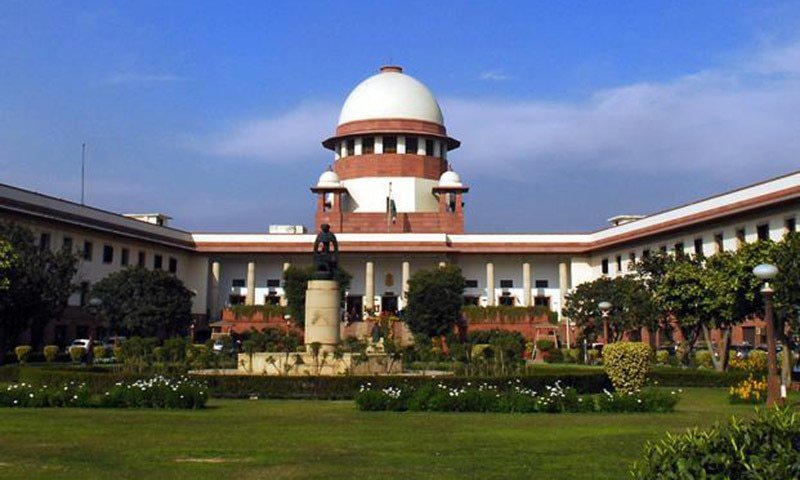 The apex court’s bench dismissed the plea for a court-monitored independent investigation into the alleged pay-offs from the two groups. Credit: Reuters

New Delhi: Citing a lack of credible evidence, the Supreme Court on Wednesday dismissed the plea for a probe against the Sahara and Birla groups in the alleged pay-off scandal. This comes as a setback for the petitioner – Common Cause, a citizen’s collective founded by the late H.D. Shourie – which had filed an additional interlocutory application seeking to highlight what it said was evidence of bribery as part of its 2015 petition against the appointment of the central vigilance commissioner.

While the 2015 petition is still pending, the Supreme Court in an earlier hearing had instructed petitioner’s counsel Prashant Bhushan to include more evidence against the companies in his interlocutory application. On January 5, Bhushan had submitted documents which elaborated on the charges against the two corporate groups.

It gave further details from the Income Tax appraisal report on both the Sahara and Birla cases. In the meantime, the fact that the Income Tax Settlement Commission (ITSC) absolved the Sahara group of all penalties under the IT Act, 1961 in the month of November last year, even as the case was still being heard at the Supreme Court, was widely criticised.

Anti-corruption forums like the Citizen’s Whistleblowers Forum headed by retired judge A.P. Shah demanded that the Central Board of Direct Taxes review the ITSC decision and requested it to forward the IT department’s documents to the Central Bureau of Investigation for a “thorough criminal investigation.”

In interviews to the media, Bhushan had raised doubts over the wisdom of the ITSC officials in passing an order in favour of Sahara. He highlighted the IT department’s charges against both the companies and talked about his letter to the ITSC requesting it to not let Sahara off the hook days before the commission hurriedly relieved Sahara of the danger of prosecution.

What did the Supreme Court say?

The apex court in its order on Wednesday made it clear that it was not reviewing the ITSC order but was examining the integrity of the Sahara-Birla diaries. The diaries became controversial as many public figures, including the then “CMs” of four states – Gujarat, Chhattisgarh, Madhya Pradesh and Delhi – and many other prominent politicians were alleged to have been paid by the Birla and Sahara groups in exchange for unknown favours.

Since all the documents were allegedly prepared between 2012 and 2013, as inferenced by the dates mentioned in them, Prime Minister Narendra Modi – chief minister of Gujarat during that period – too was at the receiving end of corruption charges. The bribery scandal unleashed a political storm in the country, with opposition leaders and anti-corruption activists leaving no chance in the past few months to attack top leaders in the government.

The case was heard by a two-member bench consisting of Justice Arun Mishra and Justice Amitava Roy. Chief Justice J.S. Khehar, who was earlier a part of the bench, recused himself from the case after Bhushan pointed out a possible conflict of interest as his file for elevation as chief justice was pending with the government at that time.

On Wednesday, Bhushan argued that the appraisal reports and seized documents collated by the IT department are adequate to order a probe. He further argued that under section 132 (4A) of the IT Act, the contents of the seized files are deemed to be true until investigated further. Further, he quoted the IT department’s appraisal report – presented in front of the ITSC – which said that Sahara had voluntarily surrendered Rs 1,217 crore on the basis of the evidence provided by the department.

However, the Supreme Court remained unconvinced as counsel for the union government, Attorney General Mukul Rohatgi, told the court that the documents provided by the petitioners cannot be treated as evidence. He said that the seized documents do not prove that the “Gujarat CM” was paid by the corporate houses, adding that if such documents were treated as admissible evidence, then no one in the country would be safe.

Finally, the bench dismissed the plea for a court-monitored independent investigation and held that the voluminous documents seized by the IT department “constituted random loose sheets of paper on the basis of which high public functionaries occupying important offices cannot be subjected to investigation.”

Following the court’s refusal to admit the affidavit, Bhushan called the judgment “very unfortunate” and “a setback to the whole campaign against corruption and for probity in public life.”

“It is also a black mark on the reputation of the Supreme Court, which had recently distinguished itself by directing independent investigation into the coal scam and the 2G scam. Today’s judgment shows that though the court has often said that law is equal for everyone and ‘be you ever so high the law is above you,’ the court has betrayed this precept,” he said in a statement.

He added that the Supreme Court’s judgment would leave a cloud of suspicion hanging over all the persons mentioned in the documents and only an independent investigation could have cleared the air.

“It was, therefore, in the interest of those persons mentioned to have themselves sought investigation which would have cleared them if they were not guilty. Unfortunately, those in authority were hell-bent on stonewalling any investigation into this matter and, even more unfortunately, the Supreme Court has also abdicated its constitutional responsibility for ensuring such investigation,” he said.

Saying that the judgement will deal a severe blow to the campaign for greater transparency and accountability, Bhushan added that had the IT department or the CBI pursued the cases before, Common Cause and others would not have been forced to take up the matter in court.

What remains in the case?

Although the plea against the Sahara and Birla groups has now been dismissed, the original 2015 petition against the appointment of the current CVC, K.V. Chowdary, will now be keenly followed. The dismissed affidavit was only a part of the original appeal against his appointment.

The petitioners had alleged that Chowdary was unsuitable for the post as he did not pursue the IT department’s investigations in the Sahara-Birla case in his earlier job as head of the income tax department when junior officials first unearthed the controversial documents.

Chowdary was the chairman of the Central Board of Direct Taxes  during the time the CBI handed over the documents from the Birla raids to the IT department.

Talking to The Wire, Bhushan had earlier said, “Ideally, the CBI should have investigated the contents of the documents found in its raids. Instead, it handed over the sensitive information to the income tax department, which quietly buried the matter.”

Similarly, the IT department remained conspicuously inactive after it seized sensitive documents during its raids on Sahara’s offices in 2014, Bhushan alleged. He said that throughout this period, the CBDT, led by Chowdary, failed to take the case forward.

Immediately after his retirement from the post, Chowdary was appointed as the CVC and also as an advisor to the special investigation team that the Modi government constituted to probe black money sources. He also became the first Indian Revenue Service officer to hold the office of CVC – a position usually given to Indian Administrative Service officers.