If the Supreme Court is to be saved, a bench comprising all its judges must take stock of the situation and consider the legal position dispassionately and wisely. 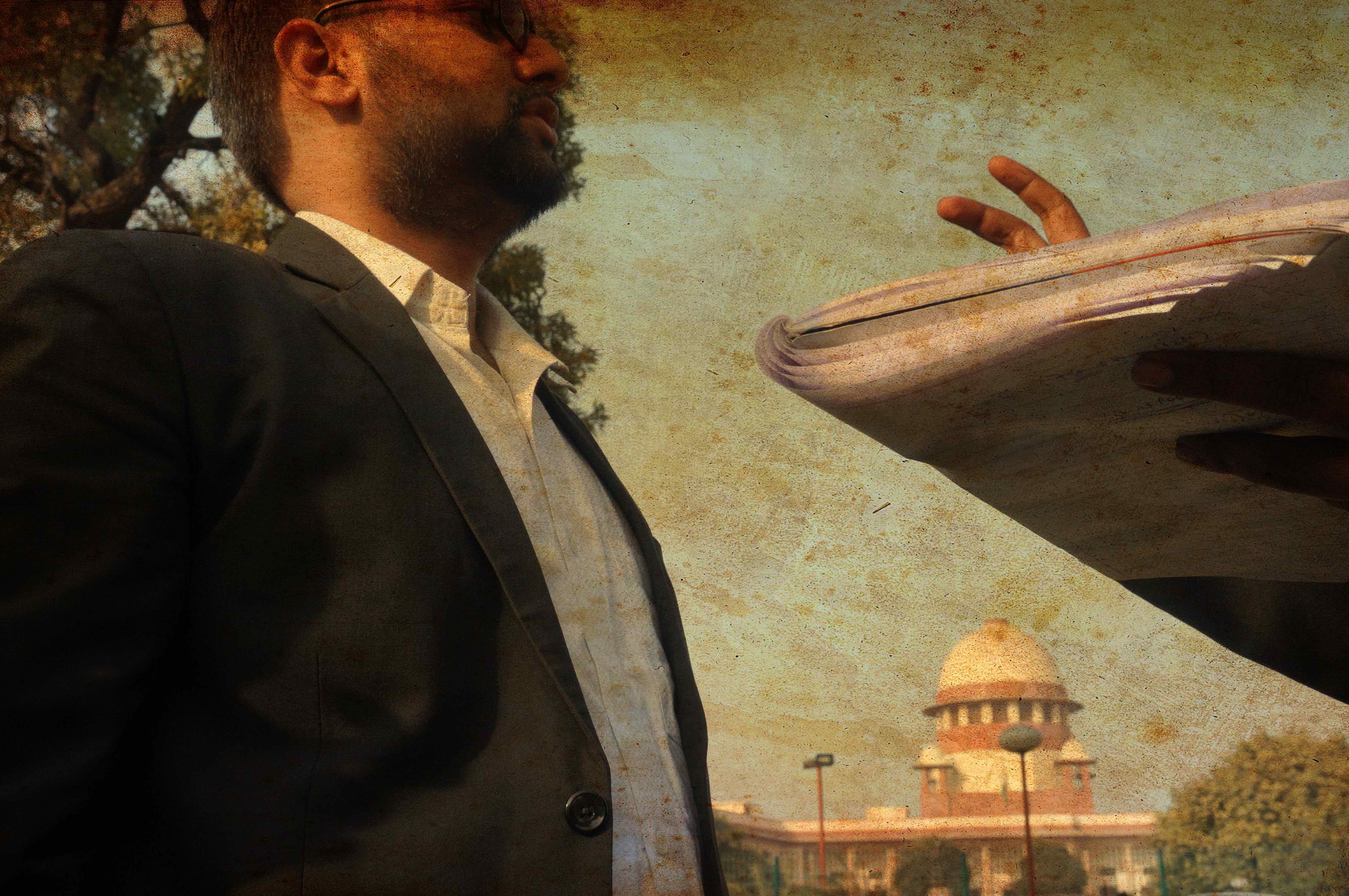 The Supreme Court stands at a crossroads. Credit: Shome Basu

What happened in the chief justice’s court on November 10 raises very serious questions about the future of the Supreme Court of India and the Indian judiciary as a whole.

On November 9, the bench of Justice J. Chelameswar entertained a very important writ petition. The petition sought an independent investigation into an alleged act of corruption which may involve members of the higher judiciary. Since this matter pertains to the integrity and credibility of the judiciary, the bench headed by Justice Chelameswar issued notice to the respondents, directed the Central Bureau of Investigation (CBI) to produce all relevant papers relating to the investigation including the case diary in a sealed cover before the Supreme Court, and listed the matter for Monday, November 13 before a constitution bench of the five senior-most judges of the court (including the chief justice) for further hearing.

The investigation relates to an FIR registered by the CBI against Justice I.M. Quddusi (retd.), who is a former judge of the Orissa High Court, and some other middlemen from Odisha, including one Biswanath Agrawal. It is alleged that Agrawal had collected large sums from the proprietors of a medical college in Kanpur for getting them a favourable order from the Supreme Court by paying off some judges. It is a fact that the case at that time was before a bench presided over by Chief Justice Dipak Misra. The relevant paragraph from the FIR registered by the CBI states:

“Information further revealed that Prasad Education Trust filed a Writ Petition (Civil) No. 797/2017 in the apex court. Shri B.P. Yadav, in furtherance of the said conspiracy requested Shri I.M. Quddusi and Smt. Bhawana Pandey who assured to get the matter settled in the apex court through their contact and they further engaged Shri Biswanath Agrawala, a private person, r/o HIG-136, Phase 1, Kanan Vihar, Chandrashakerpur, Bhubaneshwar, Odisha, for getting the matter settled in the apex court. Shri Biswanath Agrawala claimed very close contact with senior relevant public functionaries and assured that he would get the matter favourably settled. He, however demanded huge gratification for inducing the public servants by corrupt and illegal means in lieu of the aforesaid help”

The writ asked that a special investigation team (SIT) be constituted by the Supreme Court for investigating this very sensitive matter. The petitition did not ask for an investigation by the CBI as the CBI, being a tool of the Central government, may use this information as leverage.

There have been several instances in the past when sensitive cases were heard by the five senior most judges for creating confidence in the general public. Two such cases were the election appeal of Indira Gandhi and the Habeas Corpus case during the Emergency, in which Justice H.R. Khanna had delivered his now famous lone dissent, which also happened to have cost him the chief justiceship. It was on the suggestion of the former attorney general of India, C.K. Daphtary, that the then chief justice, A.N. Ray, agreed that the habeas corpus case be listed before the five senior most judges and not any five judges that the CJI would handpick.

On the Friday, November 10, a seven-judge bench (reduced to five judges just before the hearing began) was hurriedly constituted by Chief Justice Dipak Misra, on which he presided. This bench annulled the very appropriate order passed by Justice Chelameswar on the fanciful ground that the power of constituting benches was solely given to the chief justice as per the Supreme Court rules.

It is important to note here that other than the CJI, none of the five senior most judges were picked to be a part of this hurriedly constituted bench. What is most striking is that the CJI does not seem to have confidence in the court’s four senior most judges after himself.

An SC judge’s powers under Article 142

The chief justice forgets that the constitution confers a very special power to the judges of the Supreme Court under Article 142. No other court has been given this power, not even the high courts.

This article enables the judges of the Supreme Court to disregard any provision of any law, if they feel this is necessary for doing complete justice in a case before them. This special power has been alluded to and explained in two landmark judgments of the Supreme Court. One is the seven-judge case in A.R. Antulay and the other is the five-judge bench in Union Carbide. It was clearly held that the powers under Article 142 were very extensive and that in order to render real justice in any case, any law, including a parliamentary statute, could be disregarded. There was only one limitation on this power – that a provision in the constitution could not be disregarded.

Now there is no provision in the constitution that only the chief justice can constitute benches. At best, such power can be traced to a rule or convention. Both of these do not bind the Supreme Court in view of Article 142.

Therefore, the order of Justice Chelameswar’s bench could not be nullified. In fact, the order of the November 10 bench is totally without jurisdiction and a nullity. This point is covered by the constitution bench decision in the Rupa Hurra case, which clearly held that no decision of any bench of the Supreme Court could be set aside by another bench even if it was a larger bench. The only way to set aside a judgment is either by a review by the same bench or by a curative petition, which can be heard by the same judges sitting with the three senior most judges of the court.

Since Article 144 provides that all civil and judicial authorities must act in aid of the court – which means that all other benches also have to implement the orders of a bench – the November 10 bench headed by the CJI could not act in disregard of the order of the Chelameswar bench. Since this requirement is a provision of the constitution, even Article 142 cannot be used as a recourse to circumvent it.

Therefore, the order made by the CJI’s bench was totally without jurisdiction and is a nullity.

It also needs to be pointed out that Chief Justice Dipak Misra cannot take any decision in this matter because of conflict of interest as the investigation may point to his involvement as well.

In the facts mentioned in the FIR, though the name of Dipak Misra is not explicitly mentioned, it must be noted that while the conspiracy was being hatched, the matter was before his bench, and also that the middleman, Biswanath Agrawal, is from Odisha and that the co-accused, I.M. Quddusi was a former judge in the Orissa high court, which is the home state of Dipak Misra. This clearly shows that the needle of suspicion points towards the present chief justice. In these circumstances, the law of conflict of interest required that the CJI not even touch this writ and should have recused himself both from judicial as well as administrative functions in this writ. One must remember that in the Pinochet case, even the House of Lords had to recall its judgment because one lord’s wife had some remote connection with one of the parties in the case.

What is the way forward now? If the Supreme Court of India is to be saved, in my opinion, a bench with all the judges must take stock of the situation and consider the legal position dispassionately and wisely.