The Sabarimala Case Has the Potential to Be a Constitutional Watershed

In Sabarimala, the court has an opportunity to set a precedent that firmly entrenches constitutional morality in our political vocabulary and liberates individual rights from the choke hold of group rights. 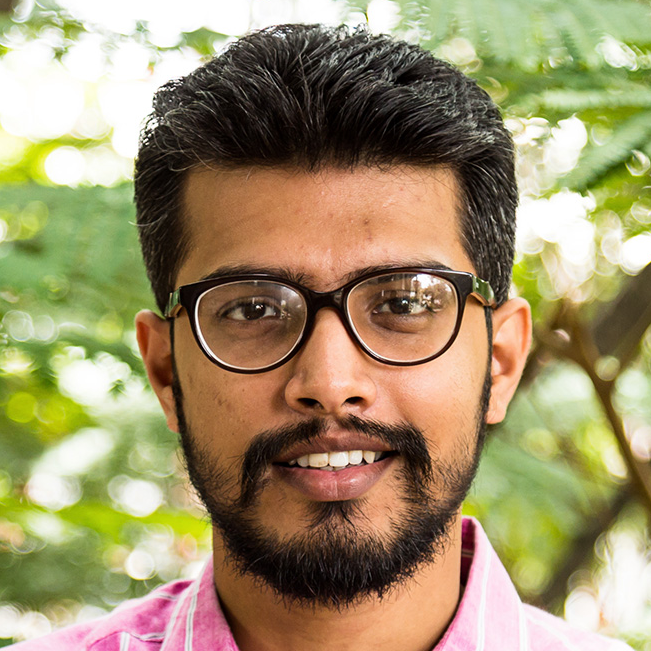 The judiciary’s ability to balance the scales of justice while steering through the contentious issue of women’s entry into religious shrines has come under sharp focus with the recent Haji Ali verdict and the pending decision of the Supreme Court in the Sabarimala temple case. While both cases seem similar and deal with women’s right to equality, access and religious freedom, the facts in the Sabarimala case make it a harder battle for gender justice.

First, the Haji Ali Dargah restricted entry for all women, while the Sabarimala temple restricts entry only for menstruating women. The Haji Ali Trust disallowed the entry of women only after 2012, while the celibate status of Lord Ayyaapa and the sect-specific religious traditions have kept women away for centuries at Sabarimala, making the Devasom Board’s claim more robust. And finally, while the Haji Ali Trust’s claim to manage religious affairs was denied because of a technical discovery that it was a public trust with only administrative powers, the authority of the Devasom Board to adjudicate on religious matters seems unambiguous.

In some ways, Haji Ali presented an easier challenge and was decided on narrower factual grounds, while the Sabarimala case is not only trickier, but the court could also find it hard to dodge the central constitutional questions.

The crucial enquiries that the case throws up are – what kind of judicial scrutiny should be employed in examining the claims of religious denominations? How far can a gender discriminatory custom be allowed under the guise of it being an essential religious custom? Can the individual right to religion (Article 25) be completely overshadowed and abrogated by a denominational right to manage internal affairs [Article 26(b)]? Does preventing entry of ‘menstruating women’ in temples qualify as discrimination under Article 15? Judicial responses will lead to clarity on two vexed questions – the relationship between individual and group rights in matters of religion and the possibilities of understanding ‘morality’ as constitutional morality. This is precisely why Sabarimala generates more excitement and presents a serious opportunity for the court to flex its muscles and consolidate its equality and group rights jurisprudence into a coherent whole.

The birth of a constitutional dispute

The ban on ‘menstruating women’ was enforced under Rule 3(b) of the Kerala Hindu Places of Public Worship (Authorisation of Entry) Rules 1965, which states that “Women who are not by custom and usage allowed to enter a place of public worship shall not be entitled to enter or offer worship in any place of public worship”. It is as distressing an irony as any that these rules were made under a legislation, Kerala Hindu Places of Public Worship (Authorisation of Entry) Act 1965, meant to attack discrimination and facilitate temple entry. In 1991, the Kerala high court upheld the ban in the S. Mahendran v the Secretary, Travancore case and directed the Devasom Board to implement it. The judgment went unchallenged for 15 years until the India Young Lawyers Association revived the issue in Supreme Court through a PIL contending that Rule 3(b) violates constitutional guarantees of equality, non-discrimination and religious freedom (Articles 14, 15 and 25). The PIL, filed in 2006, has seen many benches and weathered many retirements. and is currently before a bench headed by Justices Dipak Mishra, R. Bhanumathi and C. Naggappan of the Supreme Court.

The Kerala high court in 1991 held that the Sabarimala temple was within its rights to decide what were essential practices and to that extent, the custom of disallowing menstruating women into temple enjoyed constitutional sanction. It further held that the restriction on menstruating women was a restriction based on age and not ‘women’ as a class. In para 22 of the judgment, the high court said:

Article 26(b) of the constitution reads: “Subject to public order, morality and health, every religious denomination or any section thereof shall have the right to manage its own affairs in matters of religion”. The high court erred grievously in interpreting the limitations on the exercise of Article 26(b). For the custom of disallowing menstruating women to pass constitutional muster, it must have satisfied two tests – (i) the custom should have formed part of ‘essential religious practice’, and then examined on the touchstone of  ‘public order, health and morality’. And the test notwithstanding, the denominational right to manage internal affairs can’t be wide enough to totally abrogate the individual right of religion for women.

For quite some time now, the high threshold under this doctrine requires the denomination to demonstrate a contested practice as so central that its absence will change the nature of the religion fundamentally (Ananda Margi II case, Haji Ali case). So while the “non-entry” of women can be a religious tenet, in this case, it cannot be readily presumed that its regulation will fundamentally and irreversibly challenge the existence of the sect and its core belief system.

Even if this battle can be won by the Devasom Board, the constitution has subjected all essential beliefs and customs to a further test to allow regulation in the limited category of cases where public order, health or morality are imperilled. After all, a plurality of religious practices that predate the idea of nationhood and constitutionalism by centuries can sustain practises that are essential but still offend the spirit of the constitution in dangerous ways. In the landmark judgments of Naz Foundation and Shreya Singhal, ‘morality’ has been interpreted as ‘constitutional morality’ and not popular or individual morality. Constitutional morality may be understood as the core framework of values and principles like equality, non-discrimination, dignity, rule of law etc., that characterises and justifies the constitution. In the Sabarimala case, there is a very strong presumption that the controversial custom of restricting women offends the value of ‘non-discrimination’ which is the central pillar of that constitutional morality.

Custom and the culling of equality

Article 15 of the constitution only prohibits the state from discriminating against any citizen on the grounds of religion, race, caste, sex and place of birth. When reminded of this provision, the Kerala high court said,

It is clear that the high court mechanically interpreted the discrimination between menstruating and non-menstruating women to be “reasonable classification” without engaging with the legitimacy of the classification. Why classify between those menstruating and those not in the first place? The discrimination is based on two levels – it targets women as a group at first instance and then employs an age filter to exclude menstruating women. If the classification was not based on sex, it should not have excluded women only. But the obvious fact is that classifying on the basis of menstruation will end up being a default classification on the basis of sex. Additionally, the objective of differentiation itself is constitutionally suspect and illegitimate. The objective of menstruating women is disallowed because they are seen as “incapable of being celibate” or “impure”. This is a refined way of saying they are impure because they can menstruate and they can reproduce. Why can they do that? Because err, they are women! Purity is not and cannot be a constitutional ideal, especially since the measures of purity are defined by and sculpted from vicious structures and wellsprings of casteism and patriarchy.

When confronted with the question of the relationship between individual and denominational right, the high court took the literal route and reasoned,

This means that if there is a conflict between individual claims of religious freedom and denominational claims of management of religious affairs, the denominational claims can completely abrogate the rights of the whole group such as women, Dalits and dissidents. No attempt was made to balance these rights or harmonise them. This is constitutionally regressive for various reasons. The court failed to consider if a group right makes sense independently on its own without the individual right to practise religion. The high court failed once again to appreciate the different rationales for individual and group rights in the constitution as well as the different conflicts involving them. Group rights can come in contestation with the state (financial regulation of religious trusts, regulation of educational institutions, taking over of Waqf land, regulation of religious customs) and they can also collide with  individual claims of religious freedom (entry of women or Dalits to temples). The judicial response to both these situations should be different. While group rights have to be broadly interpreted to minimise state intervention except on three stated grounds, individual rights should be given greater latitude by interpreting group rights narrowly. This is for two simple reasons: (i) Groups are comprised of individuals and group rights are protected in many ways to protect the individuals within the group, and (ii) Group rights are not substantially threatened by individual reinterpretations, challenges or dissensions. The same cannot be said when groups act to restrict individual claims of religious freedom, either through excommunication or restricting access to temples.

Deserting the mandate of social reform

According to Article 25(2) (b), the state has the overriding power to bring a legislation to provide for social reform or throwing open of Hindu religious institutions of a public character to all classes and sections of Hindus. This power can be used to reform all retrograde aspects of religious practice and customs, especially in matters of temple entry. Article 25(2) (b) is living proof that the constitution-makers were quite wary of unfair, discriminatory practises within religious customs and committed to purging them. The claims of sacrosanctity of religious customs are belied by the history of legislative interventions banning customs relating to Sati, child marriage, Devadasis and untouchability. It should be mentioned here that the controversial Kerala Hindu places of Public Worship (Authorisation of Entry) Act 1965 was born out of this very constitutional prerogative.

Section 3 of the Act provides that no Hindu, of whatever section or class, shall in any manner be prevented, obstructed or discouraged from entering such place of public worship (meant for Hindus), or from worshipping or offering prayer, there at, or performing any religious service. Though Section 3 of the Act prohibits discrimination against any class in temple-entry, Rule 3(b) goes on to do exactly that by preventing women who were customarily prohibited from entering or worshipping at any place of public worship. It is an established and fundamental rule of statutory interpretation that ‘rule making’, which is delegated legislation, cannot be interpreted in a way to supplant the provisions of the enabling Act but only to supplement it. The state cannot claim rule-making power for the objective of facilitating temple entry and proceed to achieve exactly the opposite goal. There is more than a mistake here – Rule 3(b) has the odour of bad faith and all the trappings of a concealed constitution scandal. The rule cannot be allowed to swallow the whole edifice of the social reform legislation itself and therefore must be struck down.

Will a constitutional watershed emerge?

We hope that ten years of collective deliberation by the Supreme Court on the Sabarimala issue and the continuous public debate surrounding it leads to more than just an interim order allowing the entry of women. The Sabarimala case represents not just the hopes of devout women seeking entry into the temple, but also those who wish a strong, cogent constitutional precedent be established for the future. The battle for gender justice, individual rights and non-discrimination cannot be waged on piecemeal orders and obiter dicta. Sabarimala is an opportunity for the court to give us a precedent that firmly entrenches constitutional morality in our political vocabulary and liberates individual rights from the choking hold of group rights. How the Supreme Court navigates through these invisible fault lines of religious and constitutional morality will tell us if ten years were too short.

Satya Prasoon is a graduate of NUJS Kolkata and a Delhi-based lawyer. He can be reached at satya.prasoon@gmail.com