Denying Women Entry to the Sabarimala Temple Amounts to Untouchability

The Supreme Court must consider this a case of not just gender discrimination, but also exclusion of women based on notions of caste supremacy and purity.

The Ayyappa temple in Sabarimala, Kerala, prohibits women of menstruating age (between ten and 50 years of age) from entering it – a prohibition enforced under Rule 3(b) of the Kerala Hindu Places of Public Worship (Authorisation of Entry) Rules, 1965: “Women who are not by custom and usage allowed to enter a place of public worship shall not be entitled to enter or offer worship in any place of public worship.” The Young Lawyers’ Association filed a petition in the Supreme Court challenging this rule in 2006.

After a long hiatus, finally in October 2017, a three-judge bench of the court referred the matter to a constitutional bench, which commenced hearings on the case on July 17, 2018. On Wednesday, the Supreme Court observed that the right of a woman to pray was equal to that of a man, but the hearings were inconclusive.

One key aspect of the proscription that merits serious constitutional consideration. Article 17 of the constitution provides an unprecedented protection:

“Abolition of Untouchability: Untouchability is abolished and its practice in any form is forbidden The enforcement of any disability arising out of untouchability shall be an offence punishable in accordance with law.”

What is “untouchability”? It is a practice based on social humiliation, ideas of pollution and the belief that ascriptive, immutable characteristics are defiling. The people most deeply and inter-generationally affected by the routine, aggravated violence and exclusion that constitute this practice are from the Scheduled Castes or Dalits. Because untouchability provides the logic for structural relations in the caste system, it also spread along the scale of graded inequality, and notably between men and women in the caste order.

The legal/constitutional understanding, indeed the definition of untouchability, could only be arrived at through a painstaking process of description, legal ethnography and consequent legislative drafting. The Scheduled Castes and Scheduled Tribes (Prevention of Atrocities) Act, 1989 and the amendments therein enacted in 2015 are one of two direct illustrations of this constitutional unravelling of Article 17. The definition of ‘atrocity’ has 29 clauses, each delineating a specific form of atrocity, of which three refer specifically to forms of gendered humiliation and violence against women – sexual assault, sexual humiliation and forced temple dedication. The second legislative illustration is Protection of Civil Rights Act, 1955.

This then must inform our understanding of the reach of Article 17. It applies certainly and irrevocably to untouchability practices in relation to Dalits and Adivasis. But importantly, it also speaks to a whole apparatus of humiliation, violence, exclusion and subjugation applied in very specific ways to women across castes, drawing on caste-based ideologies of purity and pollution.

When the Tirumala Tirupati Devasthanam decided to employ women barbers about a decade ago, there was stiff opposition from people citing Hindu scriptures, which hold that women during menstruation are in an unclean state and hence must not touch devotees. Since it is impossible to tell when women are menstruating, the best solution was to bar women from employment as barbers altogether. This proscribes touch and physical or visual contact based on the ideology of the caste-untouchability complex and the enforcement of economic disabilities.

The guardians of Lord Ayyappa in Sabarimala took this a step further and barred entry of women altogether.

Under the constitution, women have a right to equality before law and the right against discrimination based on sex. To use the ideology of purity and pollution is a violation of the constitutional right against untouchability, i.e Article 17.  It is important to understand the intersectional deployment of pollution practices in Hindu society in order to grasp the full import of Article 17.

In the petition against this rule, the first question framed by the three judge bench for consideration of the constitution bench is “whether the exclusionary practice which is based upon a biological factor exclusive to the female gender amounts to “discrimination” and thereby violates the very core of Articles 14, 15 and 17…?” 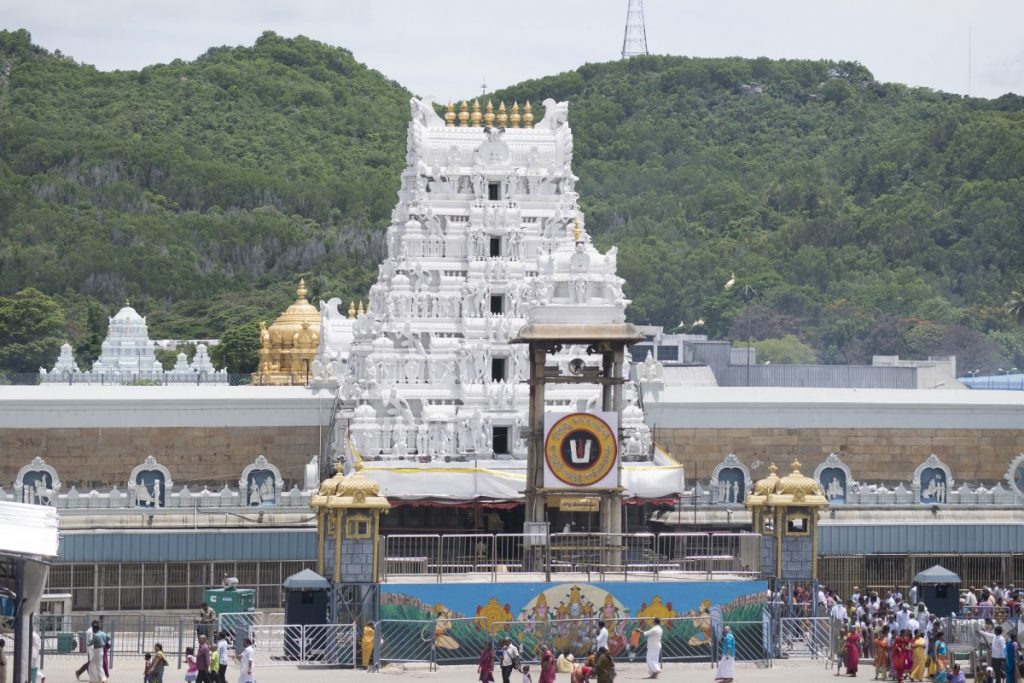 Not just a violation of equality before law

While this is well taken as the first question to be addressed, the most relevant constitutional provision among the three cited above is Article 17. Women are not banned from temples just because of a “biological factor exclusive to the female gender”. Women are banned because orthodox Hindu texts expound on the multitudinous ways in which women pollute upper-caste environments during their menstrual cycles and after childbirth. Women must be placed outside human, social, physical and visual contact during these periods. The exclusion is an actual proscription of touch and sight. And since it is impossible to regulate menstrual cycles of women devotees, they are banned from temples altogether owing to the actual or potential threat of “pollution”.

This is not, therefore, merely a question of equality before law or discrimination based on gender or biology. It is the gender-specific enforcement of untouchability on Hindu women across caste, with recourse to the scriptural prescriptions on the maintenance of caste order. The laws of Manu notoriously say, “When he has touched a Candala [disposer of a corpse], a menstruating woman, an outcaste, a woman who has just given birth, a corpse . . . he purifies himself by bathing.” And again, “A Candala, a domestic pig, a cock, a dog, a menstruating woman and a eunuch must not look on Brahmans while they are eating.” This is the cornerstone of the practice of untouchability that is quoted today to justify keeping women out of Sabarimala.

But as a people, we inherited the legacy of human dignity above all else when we gained independence. And the absolute, non-negotiable rejection of untouchability is the bedrock of that legacy. We have been fighting the practice of untouchability (which is far from gone) using the constitution. Today, the scriptures that propagated untouchability are being quoted to be above the constitution. If menstruation is a defilement, we are back to speaking about ascriptive categories that militate against notions of human dignity guaranteed in the Preamble and reaffirmed by the Supreme Court’s privacy bench. It is important to recognise that untouchability practices implicate women across the ladder of graded inequality in very specific ways, which is why this cannot be construed as just a form of gender based discrimination. It i s entrenched in caste.

With this in view, let us take a more careful look at the question of justification of scriptural and religious traditions of caste-based proscriptions. The Protection of Civil Rights Act, 1955 (PCR) is “an Act to prescribe punishment for the [Preaching and Practice of “Untouchability] for the enforcement of any disability arising there from and for matters connected therewith.” Section 2(a) defines civil rights as any right accruing to a person by reason of the abolition of “untouchability” by Article 17 of the constitution; Section 3 of the PCR speaks specifically to the offence of obstructing persons on grounds of untouchability from entering public places of religious worship.

Importantly, this legislation provides a different ground from the Prevention of Atrocities Act, in that it does not delimit the reach of the practice of untouchability, nor does it enumerate its specific forms, recognising only that the ideology of untouchability embedded at the centre of the caste system will perpetrate and reinforce unanticipated and innumerable forms of proscriptions and humiliation. The term ‘untouchability’ is emphasised throughout the legislation, simply to denote a complex of systemic practices that draw their legitimacy from the caste system. The exact systemic practices are not specified, the presumption being that these will be illustrated by empirical facts brought before the court from time to time. The constitutional mandate this legislation serves therefore, if viewed alongside Article 17, is the proscription of untouchability – in whatever form.

Our justice system is based on non-discrimination. The Sabarimala case is not, in my view, a conflict between individual rights and group rights. The singular absolute standard is the prohibition of untouchability in all its forms, whether it affects individuals or groups or indeed classes.

In terms of judicial reasoning, this is a proscription based on the supremacist ideology of caste orders. It is necessary to constructively hold Article 17 in place at the centre, in its intersection with gender (as also with Articles 14, 15 and 21) in order to open out further pathways to constitutional renaissance. To quote from a recent judgement of Chief Justice Dipak Misra, “a constant awakening as regards the text, context, perspective, purpose and the rule of law” is to assert constitutional morality and the dignity of women across castes of a particular faith in this case as an overriding constitutional goal.