Sabarimala: 'Deity's Will' Cannot Trump the Constitution on Right to Equality

We must dwell upon whether unrestricted entry into Sabarimala temple, if upheld, would consolidate into a bigger movement for women’s rights, shaking the roots of discriminatory practices against women in all religions. 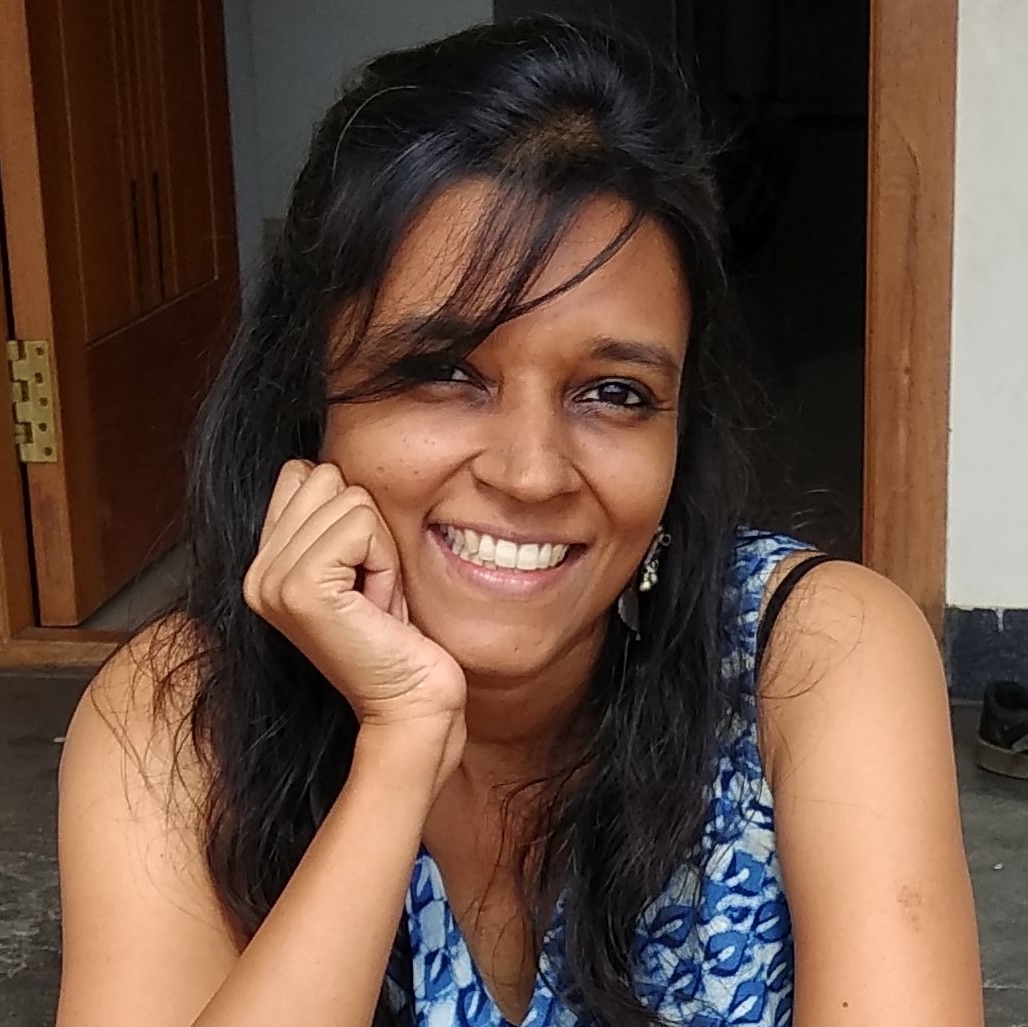 Ambedkar opposed temple entry as a goal for the depressed classes (Dalits), when Mahatma Gandhi approached him for supporting the passage of the temple entry bills mooted by C.S. Ranga Iyer and P. Subbarayan in the Central and Madras legislatures, respectively. And in 1933, he wrote why:

What the Depressed Classes want is a religion, which will give them equality of social status…they have made up their mind not to tolerate a religion that will lend its support to the continuance of these inequalities….If the Hindu religion is to be their religion, then it must become a religion of Social Equality (emphasis added).

The Depressed Classes can say that they are Hindus only if the theory of Chaturvarna and Caste system is abandoned and expunged from the Hindu shastras. Do the Mahatma and the Hindu reformers accept this as their goal and will they show the courage to work for it?

Ambedkar’s words are most instructive and carry the same weight now as they did then, as the controversial case of Sabarimala temple entry for all women plays out in the Supreme Court and passions rage in a country divided on the plank of tradition.

The norm of social equality – whether for Dalits, or women and men, of all ages – is what this country was built on after Independence from the British. What use have we of religion that cannot respect that all human beings, at all times, are equal? Indeed, what use does God have, of such religion?

In spirit, the question of lifting a ban on the entry of women, whether menstruating or not, into any temple or religious place of worship in a democracy as ours, should be as open and shut as whether Dalits should have been allowed to drink at the Chavdar Tank at Mahad, Maharashtra.

But the supporters of the ban in question – traditionalists, the Hindu Right wing and what-have-you on social media – have brought in tradition, custom, mythology, other religions and so on, to justify why the status quo should not go. In court, all these have, so far, conflated to the broad argument that the practice should remain, because it has been around for ages and because it is ‘essential’ to the temple’s and the presiding deity Lord Ayyappa’s identity (and, to stretch it a bit, the deity’s own freedom). They deny it has anything to do with gender-based discrimination and argue how young women are allowed in the temple, in fact, at certain times, and women of certain ages, at all times.

The legal responses are being articulated by the Indian Young Lawyers Association, petitioners to the case in the Supreme Court and in many articles being written by expert lawyers on this matter.

One of the latest arguments on the respondents’ side reminds us that Lord Ayyappa himself is a “juristic person”, with fundamental rights (and duties – of which no reference is made) under the Indian Constitution. This recognition, argues advocate J. Sai Deepak, representing People for Dharma (intervenor in the case), goes back to a 1925 judgment of the Bombay high court in Pramatha Nath Mullick vs Pradyumna Kumar Mullick (27 BOMLR 1064).

He also quotes from the judgment of the Kerala high court in the S. Mahendran  vs The Secretary, Travancore Devaswom Board, Thiruvananthapuram and Ors. (1991), to shed light on how the thanthri (head priest) alone, acting as the shebait (or manager of sorts) and not the Dewaswom Board, has unequivocal powers in deciding religious practices and rituals, including matters of controversy:

There were instances where thanthries also were unable to take a decision pertaining to some religious practices and in such cases the thanthri used to suggest that it can be resolved by a Devaprasnam….

The report of the Devaprasnam conducted in 1985 (from 5-4-1985 to 8-4-1985 by well-known astrologers) was exhibited as ext. clause that is a Devaswom publication, the authenticity of which is not in dispute. The English translation of the relevant portion contained at page 7 of the original report reads as follows:

“It is seen that the deity does not like young ladies entering the precincts of the temple.”(emphasis added).

And finally, he argues that

Therefore, it is the will of the deity expressed in the form of tradition that shall apply to the conduct of devotees once they enter the temple and not the free will of the devotees who have no regard for the traditions of the temple and the beliefs underlying such traditions. The rights of the deity as the master of his abode have been recognised by this Court in several judgments. Therefore, the limited consequence of the public character of the temple, is to allow access to all Hindus who abide by the rules of the owner of the abode, namely the deity.

These arguments are compelling in court, but they leave open the question – do non-natural juristic persons (such as corporates, idols, robots etc.) hold inalienable rights? In other words, was it the intent of the Constitution that human rights would be meant only for humans? If juristic persons who are not natural persons (such as the Lord Ayyappa idol) also held such rights, then could there be limits on to what extent and vis-à-vis the inalienable rights of sentient human beings of breath and life?

Second, what if, taking strength from this line of reasoning, religious institutions begin to justify the practice of casteism and other forms of discrimination, stating it is the “will of the diety,” conveyed by whisperings to the head priest (invariably, a male Brahmin)?

One could also turn this around on its head and ask – where was the will of deities in different temples in Travancore considered, when in 1936, Maharaja Chithira Thirunal Balarama Varma abolished overnight the practice of caste-based ban on temple entry prevalent for ages?

It is interesting that the Maharaja’s proclamation was preceded by attempts such as a Temple Entry Enquiry Committee set up by the Travancore government in 1932, which noted:

To sum up the position, the courts have treated the rights of the savarnas to keep avarnas

out of their temples according to their faith to save them from pollution, as a civil right capable of adjudication in a court of law. On the merits, they have held that, according to long standing usage and religious authority (emphasis added), the avarnas have no right to enter the temples and that they are entitled to offer worship only from the position outside the temples assigned to them by usage.

Clearly, this is an exact similar line of reasoning being thrown by those arguing for the continuation of the ban in the Sabarimala case!

The report of the Temple Entry Committee that refrained from suggesting any radical reforms did not make much headway. Yet, history shows us that the argument of “long standing usage and religious authority” did not deter the Maharaja with declaring his famous proclamation which, in one fell swoop, threw open temple gates to all castes. The Temple Entry Proclamation of November 12, 1936 reads,

Profoundly convinced of the truth and validity of our religion, believing that it is based on divine guidance and on all-comprehending toleration, knowing that in its practice, it has, throughout the centuries, adapted itself to the needs of changing times, solicitous that none of our Hindu subjects should, by reasons of birth or caste or community be denied the consolations and solace of the Hindu faith, we have decided and hereby declare, ordain and command that, subject to such rules and conditions as may be laid down and imposed by us for preserving their proper atmosphere and maintaining their rituals and observances (emphasis added), there should henceforth be no restriction placed on any Hindu by birth or religion on entering or worshipping at the temple controlled by us and our Government.

What is less talked of, however, are these very rules that were proclaimed 12 days later by the same Maharaja, retaining restrictions on temple entry “on certain occasions, in consonance with the prevailing custom and usage.”

One of these regulations (No. 6) proclaimed on November 24, 1936 said, “persons who are not Hindus, those who are under pollution due to birth or death in their families, women at such times during which they are not, by customs and usage, allowed to enter temples (emphasis added), professional beggars, drunk/disorderly persons, and persons suffering from contagious diseases were not allowed to enter the temples…”

Thus, what is hailed as one of Kerala’s stunning reforms, could still not manage to strike at the core of Manusmriti. In fact, one may see the seeds sown here for Rule 3 (b) of the Kerala Hindu Places of Public Worship (Authorisation of Entry) Rules, 1965, which is now being hotly debated in the present Sabarimala case.

Is it sheer coincidence that in the history of temple entry in India, only men have ruled on who can enter temples, when and how? Why should such things be decided on the good faith or lack of it of a dominant class/group that holds power over another, one way or the other? Even that, is a tradition, that cannot be justified on grounds that it cannot be changed, only because it is one.

In the specific case, why is it that despite the Sabarimala temple exulting in the fact that it allows devotees from all castes to offer their prayers, the post of the head thanthri is still the stranglehold of male brahmins, and that too, despite the Kerala government taking the bold step to break this tradition? Was that also the “will of the deity”, prevailing over everything else, and can be easily upheld in courts?

In case one fails to see the connection between these questions, let us once again turn back to Ambedkar, who reminded us that subjugation of women was the lynchpin on which the wheels of caste turned and still do.

And that brings us back to Ambedkar’s question on temple entry, which is – what is the final goal?

Would the unrestricted entry into Sabarimala temple, if upheld, consolidate into a bigger movement for women’s rights, shaking the roots of discriminatory practices against women in all religions, or would it simply mean more women adhering to the strictures of Hinduism that essentially remain rooted in caste and gender oppression?

That is a more fundamental question that those on the side of the petitioners and respondents alike, may wish to dwell upon.

(Sowmya Sivakumar is an independent writer based in Tamil Nadu)