When it Comes to the Rule of Law in India, We Need to Pay Attention to Variants of Concern

The cases of Stan Swamy, K.R. Krishnam Raju and the Narada Scam accused are terrible aberrations that the judiciary must not tolerate or else personal liberty will become an alien concept.

In his seminal book, Lord Bingham enunciated eight principles of the rule of law. Some of them are slowly but surely undergoing a transformation in our jurisprudence. One of them is certainty and predictability in the law. Simply put, if someone goes without a mask, he knows for certain he will be fined – he does not bargain for being thrashed by the police. At another level, retrospective legislation completely upsets all predictable calculations and is, therefore, criticised on the ground that this wasn’t the law at the relevant time. In the recent past, certainty and predictability in criminal law have gone for a toss.

Another well-recognised postulate is best described in the words of Lord Bingham: Legal questions should be determined according to law, not by the exercise of discretion. Our courts have held that grant of bail is discretionary but the discretion must be exercised judiciously. With respect, there is another perspective. Personal liberty is not a matter of discretion – it is a fundamental right recognised by our constitution. The rule of law, as Lord Bingham enunciates it, provides that the law must afford adequate protection of fundamental human rights. Put both these principles together, we have the view that in criminal law, it must be “bail not jail” with “jail is the exception”. We have failed in the implementation of these principles.

To all the principles enunciated by Lord Bingham, I would add, with respect, a principle of humane and compassionate application of the law. Sorry, but we have again failed.

Stan Swamy is now 84 years old and has spent more than seven months as an undertrial prisoner for events that occurred in Bhima Koregaon more than three years ago. A chargesheet has been filed against him which essentially seeks to link him with terrorism under the Unlawful Activities (Prevention) Act, 1967.

Assuming he is a terrorist, he had more than two years before his arrest to tamper with the evidence, influence witnesses and do everything that would be good grounds to deny bail. Did he do so? If yes, it’s too late to do anything about it: crucial evidence would have been destroyed or witnesses compromised. But if he did not, he fulfils the well-settled requirements for the grant of bail and must be released. There is no allegation that he tried to abscond and therefore no reason to detain him indefinitely, except for the seriousness of the charge levelled against him, and that by itself is not good enough reason in law. Moreover, the investigation against him is over and that is why a charge sheet has been filed. Why is he now required in custody? Certainty, predictability? I am sure the courts will tell us.

But this is not only about Stan Swamy. It is about an aged person who, as Ram Jethmalani was wont to say, is waiting in the departure lounge. It is about a person suffering from Parkinson’s who had to knock the doors of the court to get a sipper or straw so that he could drink water. It is about an undertrial prisoner who deserves to be tried and judged guilty or not guilty, within a reasonable period and definitely before it ceases to be of any consequence to him. It is about a person who recently applied for bail because he is unwell but is still in custody.

The learned judges of the Bombay high court spoke to him and observed that “he is physically very weak.” He was asked whether he would like to be treated at a particular hospital or any other hospital, but he declined hospitalisation. The learned judges recorded that Stan Swamy categorically stated that “he will prefer to die in jail rather than get admitted to any hospital.” He is reported to have informed the court that when he entered prison, he could eat by himself, do some writing, walk, take a bath. But during the time spent in custody, he can neither write, nor go for a walk by himself and someone has to feed him.

Patrick Henry told the Virginia Convention, way back in 1775: “Give me liberty, or give me death.” Stan Swamy has said something similar to the high court when he insisted he should get interim bail and declined to be hospitalized for his ailments, preferring to die in jail, if necessary. Sad.

Personal liberty is a constitutionally guaranteed right and cannot be regulated by discretion. If a prisoner meets the requirements of the law, he has a right to be set free with reasonable conditions and the prosecution should not object to the grant of bail in such a situation. I ask: If this is not a form of soft torture, what is? And, humanity and compassion – have we lost them, somewhere in time? 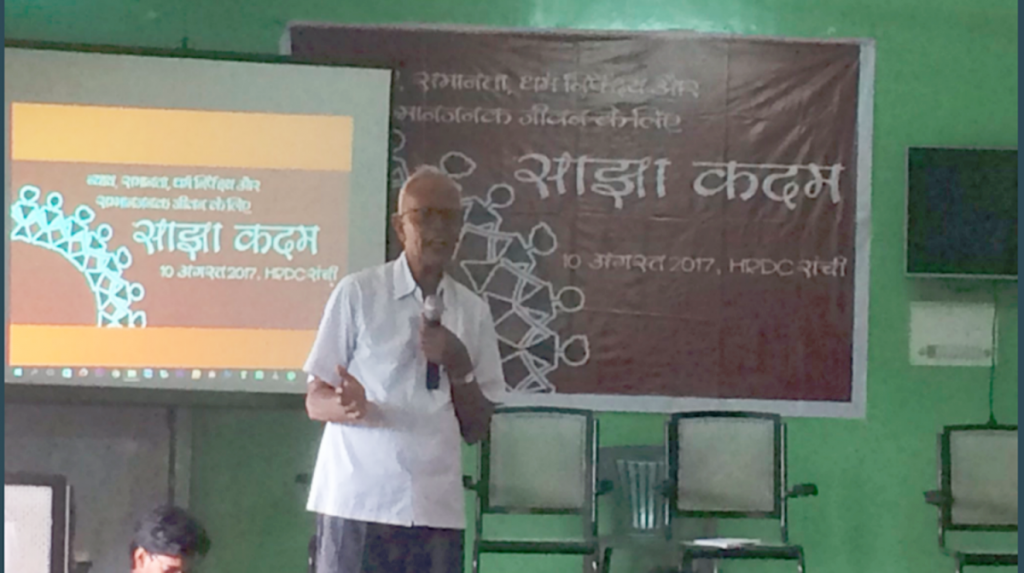 Kanumuri Raghurama Krishnam Raju is a Member of Parliament, no less. He was arrested on May 14 for giving speeches which, according to the FIR, “looked like a well orchestrated conspiracy to create disaffection and bring contempt and hatred against the government …… and also to cause disharmony in public. By creating a feeling of hatred on the grounds of caste and religion.”

Among other offences, he was charged with the very serious offence of sedition. The Supreme Court has identified the ingredients of an offence of sedition and legal analysts have now gotten tired of explaining what sedition is all about. On May 15, a learned single judge of the Andhra Pradesh high court declined to release him on bail.

On the same date, Raju was produced before a magistrate for remand where he alleged that while in custody, he was subjected to third degree methods as a result of which he was unable to walk. Moreover, he had undergone a heart bypass surgery in December last year. The magistrate apparently took the view that since Raju was an MP, sanction of the speaker was necessary to prosecute him and apparently did not take up the case. In this background, a letter petition was moved before the division bench of the high court for bail.

On May 15, the high court ordered his medical examination by a medical board of the Government General Hospital. Meanwhile, the magistrate perhaps had second thoughts and ordered his medical examination by the Government General Hospital and Ramesh Hospital. Since bail was not granted to Raju either by the magistrate or the high court, he moved the Supreme Court, which directed, on May 17, that he should be medically examined by the Army Hospital in Secunderabad.

But this is not only about Raju and his health. It is about the alleged first-degree torture of an MP. It’s about the confidence of the police that its conduct will not be inquired into. It’s about how fast the criminal justice system can move – and so it should for everybody. This is also about access to justice but more importantly about accommodating a culture of impunity.

Also Read: Justice Lokur: Our Fundamental Rights to Free Speech and Protest Are Being Eroded and Mauled

The Supreme Court tells us that more than 90,000 bail applications are pending in high courts across the country and more than 1,96,000 are pending in district courts. Is there any certainty that these bail applications will be taken up with somewhat similar expedition? And hey! What about impunity? Prima facie, Raju was subjected to first-degree torture. A citizen is entitled to expect an inquiry into this prima facie possibility and the guilty brought to book. We sometimes hear of petty criminals graduating to become hardened criminals because they got away with petty crimes and got emboldened. It’s the same with the police who occasionally torture suspects and get away with it. They are not vaccinated against the Lucifer effect and could graduate to become what are euphemistically called encounter specialists. Talk of impunity now seems passé, but turning a Nelson’s eye to possible torture certainly reinforces the unfortunate culture of impunity pervading our investigating agencies. 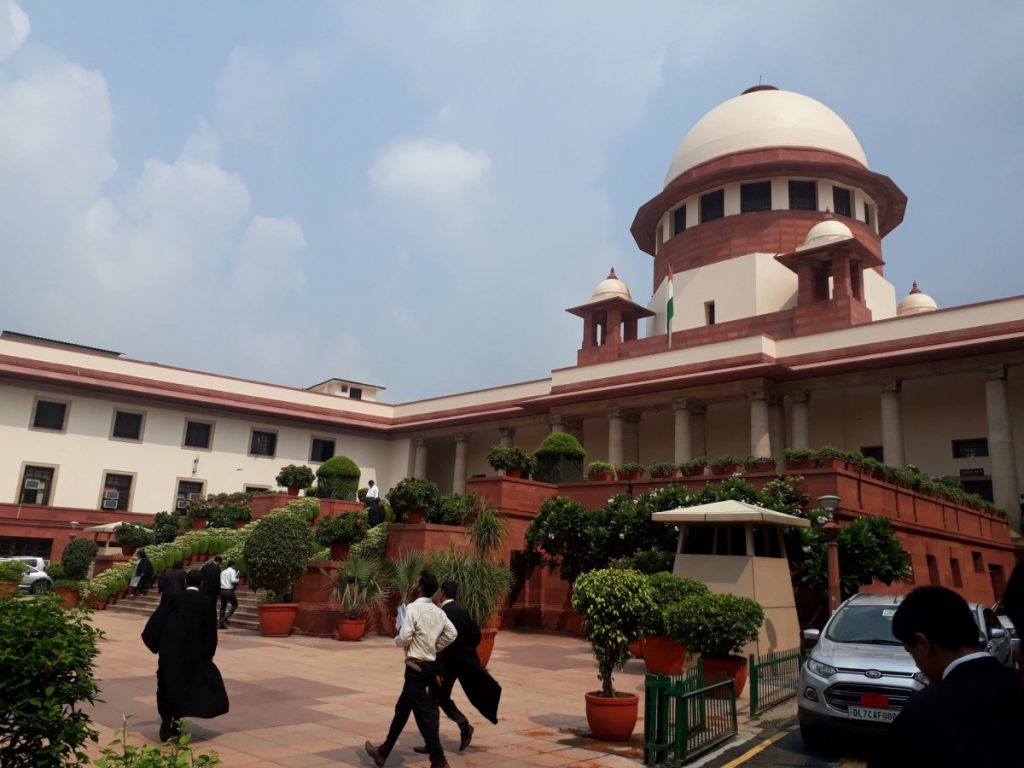 The third instance concerns two ministers in the West Bengal government and one member of the legislative assembly. They were recently arrested in what is known as the Narada sting operation of 2014. The allegation against them is that they took a bribe for favouring a non-existent corporate entity. For seven years, the accused were not arrested. Around the time a chargesheet was filed against them, they were suddenly found worthy of arrest. For seven years they were not a flight risk and apparently did not influence witnesses or destroy evidence. Nobody knows what changed overnight that made their arrest necessary. The arrest operation appeared mala fide to their supporters and protests were held against the arbitrary arrests. The saving grace in the incident is that the protestors were not arrested for violating lockdown restrictions.

The right to legal representation in a matter involving personal liberty is recognised by the Supreme Court as a human right. Convictions have been set aside and cases ordered to be retried because the accused person was not provided with legal assistance. In the case of the two ministers and the MLA, they were granted bail by the trial judge but soon after, the matter was taken to the high court by the prosecuting agency and the order granting bail was kept in abeyance on the same day. Consequently, these persons were to remain in custody. Normally, the courts act with such alacrity to prevent an arrest, as in the case of anticipatory bail applications. I can recall only two occasions when the release of a detenu was stayed – both by the Supreme Court, in the case of a National Security Act order against Jagdev Singh Talwandi in 1983 and the assassins of Rajiv Gandhi in 2014. It is possible there may be other cases, but very, very rare. Since the matter is still pending in the high court, I do not wish to make any comment but interestingly, when the abeyance order was passed, it was admittedly without notice to the accused and they were deprived of their personal liberty for want of legal representation.

These are but some of the many instances where our conventional Rule of Law jurisprudence has shown us variants of concern. The investigating agencies will, I hope, wake up some day and ensure that these terrible aberrations do not become the new normal; but the judiciary must not tolerate them either or else personal liberty will become an alien concept.

I have no doubt that the judiciary will eventually render justice in all three instances but the process of getting justice should not become uncertain and torturous. If that happens, justice will be a chimera and we will slowly but surely become victims of the whims and fancies of our rulers, with no expeditious constitutional redress in matters of personal liberty. This is not what the rule of law is all about. What is equally important is that basic principles such as expeditious justice, humanity, compassion and access to justice must not be forgotten but more importantly, a culture of impunity must not set in, otherwise the state will be emboldened to ride roughshod over the rights of citizens.