His meticulous study is even today referred to by the Indian bar and bench. 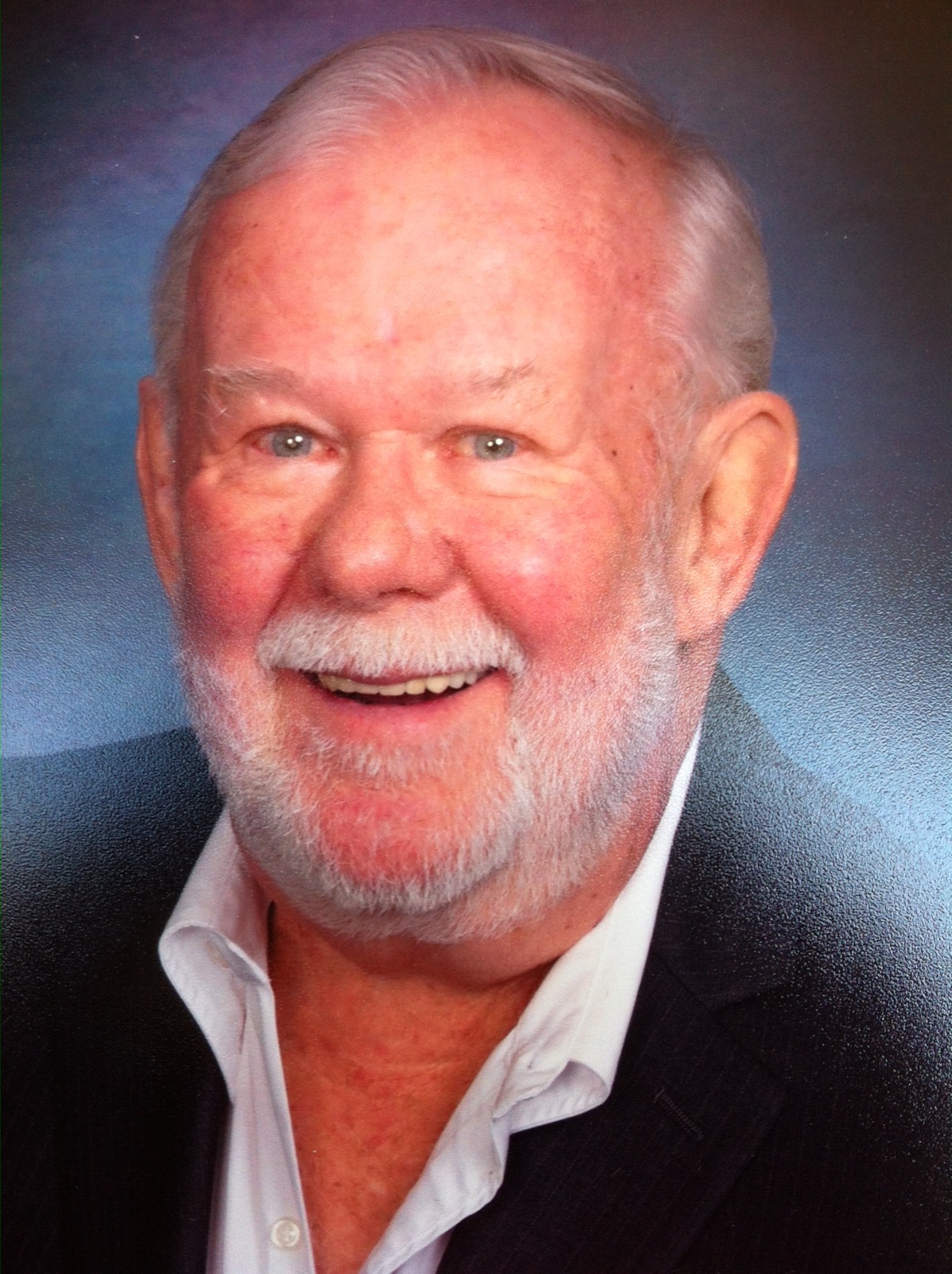 On a radiant blue evening last August, I flew from Chicago to Lexington to visit an ailing friend. As the plane made its final approach, Kentucky’s rolling green hills came into view. Upon landing at Blue Grass Airport, my cell phone lit up. “Hullow Vikram,” announced a gravelly voice. “Let’s meet tomorrow as early as possible.”

The next morning, I drove down to the suburbs. Stud farms lined the route and there were horses everywhere. Equine breeding in the area dated back to Daniel Boone and its first settlers. George Gadbois, whom I had come to visit, grew up in Boston. But he had lived in Kentucky since the late 1960s. On that glorious day in verdant Lexington, I could see why Gadbois, had chosen to remain there in his “colony home.”

I recalled that meeting recently when I heard of his passing earlier this month at the age of 80. I had first learnt about Gadbois at law school in the early 1990s. He was described as the American trailblazer of Indian “jurimetrics.” During the late 1960s and 70s, he pioneered the use of statistical techniques to analyse the judgments and dockets of Indian courts. By contemporary social-science standards, Gadbois’s quantitative methods were simple and basic. Yet, early his data-driven work on the Indian legal system remains relevant and unrivalled even today.

As a graduate student at Duke University, Gadbois initially wanted to study China. But he wasn’t good at languages, so he chose India. Duke had no India experts at the time. Gadbois “introduced himself to the country” by reading widely and befriending A.K. Ramanujan, the polymath linguist. What Duke lacked in scholarship it made up for in libraries. It had acquired thousands of Indian books and journals with rupees from American wheat sales.

Utilising these materials, Gadbois wrote his masters’ thesis in 1961. Writing lucidly yet elegantly, Gadbois criticised Nehru and his colleagues for believing that citizens who asserted their fundamental rights impeded governance and economic progress. He presciently warned that civil liberties in India would be jeopardised if the courts did not vigorously defend them. But robust judicial oversight alone wasn’t enough. Public opinion had to be decisively mobilised to secure the survival of citizens’ fundamental rights.

Three years after his MA thesis, Gadbois completed his dissertation on the Indian Supreme Court’s early history. He traced the Court’s beginnings to a 1921 proposal by Hari Singh Gour. Jinnah enthusiastically supported Gour, but Motilal Nehru bitterly opposed them. A decade and a half later, the Federal Court was established. Gadbois carefully surveyed that court’s powers and performance as it influenced the design of the present Supreme Court. The thesis ends with a comprehensive discussion of the Supreme Court’s decisions during its first fifteen years.

After India, Gadbois spent a year teaching in Honolulu. He then moved to Lexington to join the University of Kentucky’s political science department. Like his contemporaries, Gadbois was caught-up in the “Kennedy mystique.” He joined the U.S. Peace Corps and directed its Lexington operations. His team trained small farmers from Karnataka’s Raichur district in improving crop yields. But scientific agriculture wasn’t for Gadbois. He soon returned to full-time teaching and research.

In 1968, Gadbois wrote an illuminating essay in the Law and Society Review, a leading American legal journal, with the caption: Indian Supreme Court Judges: A Portrait. In it, Gadbois offered a generic profile of a prototype India judge. He was typically a man in his late fifties. He was most commonly a Hindu from a prestigious family. He had been educated either in England or India and had little involvement with the national movement.

In the essay and in subsequent work, Gadbois also focused on the process by which Indian judges are selected. His pioneering research on Indian judicial appointments hasn’t received the recognition it deserves. For it not only influenced subsequent research on this important topic it also emphasised the need for transparency and accountability in the appointment process.

In 1969, Gadbois returned to Delhi on a Fulbright fellowship. He arrived as the Court had begun delivering a series of landmark decisions on the right to property. These decisions revealed serious ideological differences among the judges. There were at least one or more dissenting opinions in every case. For the social scientist in Gadbois, all this was “sizzling terrain.” He began systematically analysing how Indian judges “behave.” Writing in the Economic and Political Weekly, he grouped judges into four broad categories: classical conservatives, modern conservatives, classical liberals, and modern liberals. A judge’s voting patterns, he argued, betrayed his beliefs and biases.

The EPW piece was widely read. But Gadbois was disappointed that the Indian bar took no notice. “It simply fell like a stone,” he later complained. Undeterred, he began an ambitious study of Indian litigation patterns. Assembling large datasets, Gadbois sought to identify the winners and losers before courts. He reported that the government was often the biggest loser. It consistently lost forty-percent of its cases.

On a trip to Dhaka in 1971, Gadbois was enraged by the brutality he encountered. Once home, he actively campaigned against Nixon’s pro-Pakistan foreign policy. Unimpressed by this activism, the Indian government denied him a visa. Gadbois was shocked and surprised by the decision. He later blamed it on the Home Ministry’s unfounded suspicions that he was a CIA agent. He went reluctantly instead to Papua New Guinea where he spent a year studying the legislature.

Gadbois eventually came back to Delhi in 1983. Cold case statistics no longer interested him. He wanted to understand the lives of judges and how they got to the bench. Unlike his earlier work, this new project required extensive interviews. But Gadbois began work by first reaching for his golf clubs. At the Delhi Golf Club, he met his life-long friend S.M. Sikri. The former chief justice helped immeasurably with introductions and references. Beyond the greens, Gadbois’s earthy charm and sincerity impressed distinguished judges like Hidayatullah, Vivian Bose, K.S. Hegde, and V.R. Krishna Iyer. They spoke candidly to him about the Court and each other.

By the end of 1984, Gadbois had interviewed every sitting or retired judge who was still living. Just as he began writing, however, he fell badly ill. Unable to teach, he retired prematurely. Eventually, he recovered, but lost interest in research. Instead, he began lecturing on cruise ships. In 1990, Gadbois was invited to speak at a London conference about judicial appointments. He opened his garage and dusted the fading stacks of interview notes. He was ready to resume work, but assembling a manuscript wasn’t going to be easy. An ultra perfectionist, he shredded draft after draft. The book finally went to press only in 2009. It bore the simple title: Judges of the Supreme Court of India.

The book contains essays on the 93 men who sat on the Court between 1950 and 1989 (Gadbois completed his research before the first woman was elevated). The essays discuss each justice’s background, qualifications, and accomplishments. In the book, Gadbois tackles two questions that had obsessed him for forty years. Why were certain judges rather than others chosen? And who were the people that selected them? In dealing with each question, Gadbois offers direct evidence or responsible speculation about each judge’s appointment. As Gadbois enticingly noted in the preface: “much of the material in this book no one else has, nor ever will.”

It is no surprise that the book attracted considerable attention from the bar and the bench. As an encyclopeadia on Supreme Court justices, it is widely consulted by judges, lawyers, researchers, and law students. Some reviewers were disappointed that the book ignores judges’ voting patterns and preferences. But Gadbois had been there and done that. He wanted to focus exclusively on his subjects’ neglected biographies and how they were elevated to the bench.

Interest in the book spiked as Parliament debated and adopted the constitutional amendment and bill establishing the National Judicial Appointments Commission (NJAC). As the leading scholar on judicial appointments, Gadbois gave a number of interviews. Somewhat surprisingly, however, the Supreme Court overlooked his work when holding the NJAC amendment and its accompanying act unconstitutional.

Looking out with me over his vegetable garden, Gadbois vividly recalled every single interview he did for the book. “Which was the most memorable one?” I asked. “A.N.Ray,” he promptly replied. Widely criticised for pro-government positions, Chief Justice Ray had retired in disgrace. He gave no interviews but agreed to see Gadbois. The two men met in Kolkata in early June 1983. As they shook hands, Ray exclaimed: “You look like Ernest Hemingway.” This broke the ice and they sat down to mangoes and tea. “How did you decide whom to recommend for an appointment?” Gadbois inquired. “Oh, he must be from a good family,” Ray blithely declared. “Doesn’t that sound like a matrimonial ad?” asked the flummoxed American. Ray smiled but said nothing.

In retrospect, Gadbois felt that Ray wasn’t to be trusted. Even so, he resolved to treat the judge fairly. His essays weren’t meant to be critical tell-all narratives about the secretive men in judicial robes. Indeed, his privileged access to Ray and his colleagues obliged him to make responsible and balanced assessments. For, as his soon-to-be-published dissertation reveals, Gadbois always believed he was first and foremost an institutional historian of the Court. He had worked hard to earn that privilege, he told me, even as he chuckled about whether the Home Ministry might let him keep that extraordinary distinction.