The journalist was cross-examined in the defamation case filed against her.

New Delhi: Journalist Priya Ramani gave a comprehensive summary of her position regarding the allegations of sexual harassment she levelled against former minister M.J. Akbar in a Delhi court on Monday. The former Mint Lounge editor said by keeping silent, she could have avoided the subsequent targeting. “But that wouldn’t have been the right thing to do,” Ramani said.

Ramani had raised the charges against Akbar in October 2018 through a tweet, during the #MeToo movement. The incident itself dates back to 1993. The BJP Rajya Sabha MP sued her for defamation soon after. Akbar also stepped down as a junior minister in the Modi government, after at least 15 women accused him of sexual harassment. Akbar, a veteran journalist, chose to sue only Ramani.

On Monday, Ramani said she spoke the truth when she disclosed her experience of the job interview with Akbar in a piece written for Vogue magazine and also tweeted about it on October 8, 2018.

“It was important and necessary for women to speak about sexual harassment in the workplace. Many are brought up to believe silence is a virtue. In all my disclosures pertaining to M.J. Akbar, I spoke the truth in public interest and for public good.”

“It was my hope that the disclosures, which were part of #MeToo, would empower women to speak up for their rights at the workplace. This case has come at great personal cost to me. I had nothing to gain from it. I am a very well regarded journalist. I live a quiet life with my family in Bangalore,” Ramani said.

She said it is not easy for any woman to make such disclosures. “By keeping silent, I could have avoided the subsequent targeting. But that wouldn’t have been the right thing to do,” the journalist told the court. 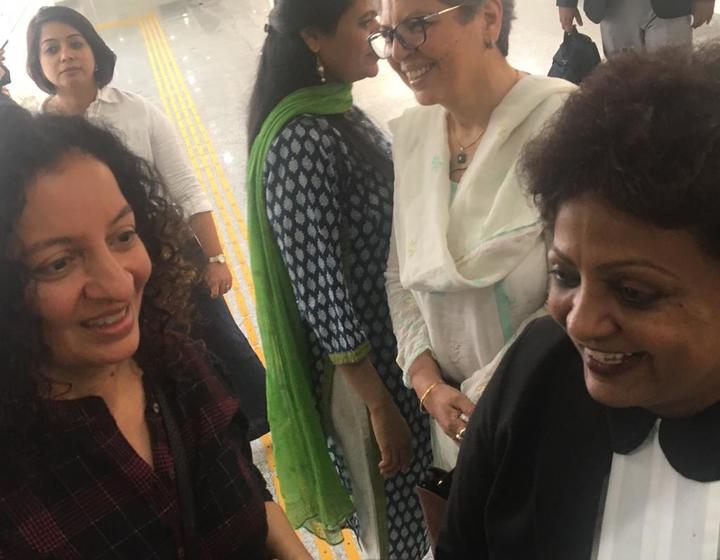 Priya Ramani with her counsel, Rebecca John, in a file photo. Photo: The Wire

Ramani’s cross-examination by Akbar’s counsel also began on Monday. Akbar’s lawyer Geeta Luthra began by asking her to name various journalists she admired and magazines which she read while growing up.

Luthra spoke out loud in the courtroom, “These questions were to comfort her. These are my so-called non-controversial questions.”

Luthra interrupted Ramani several times before she could finish her sentence. She kept insisting that Ramani was answering improperly and the presiding magistrate had to intervene several times to remind the court that the witness (Ramani) can answer in whatever way she likes. He also said that the witness should be allowed to complete her answers. At one point, the magistrate said “Let me tell you clearly. If you don’t let her answer, this whole trial will be vitiated in the future.”

Luthra then asked Ramani about whether she knew about the different provisions of Indian law for women to complain about sexual harassment. She asked about other cases of alleged sexual harassment and the outpouring of testimonies after the Delhi gangrape of 2012. “Do you know there was an allegation against a prominent editor of a magazine?”

To this, the judge and Ramani’s lawyer asked Luthra to specify which case she was talking about. Luthra was reluctant to do so and finally said she was referring to the rape allegations made against Tehelka’s former editor Tarun Tejpal by an ex-employee. 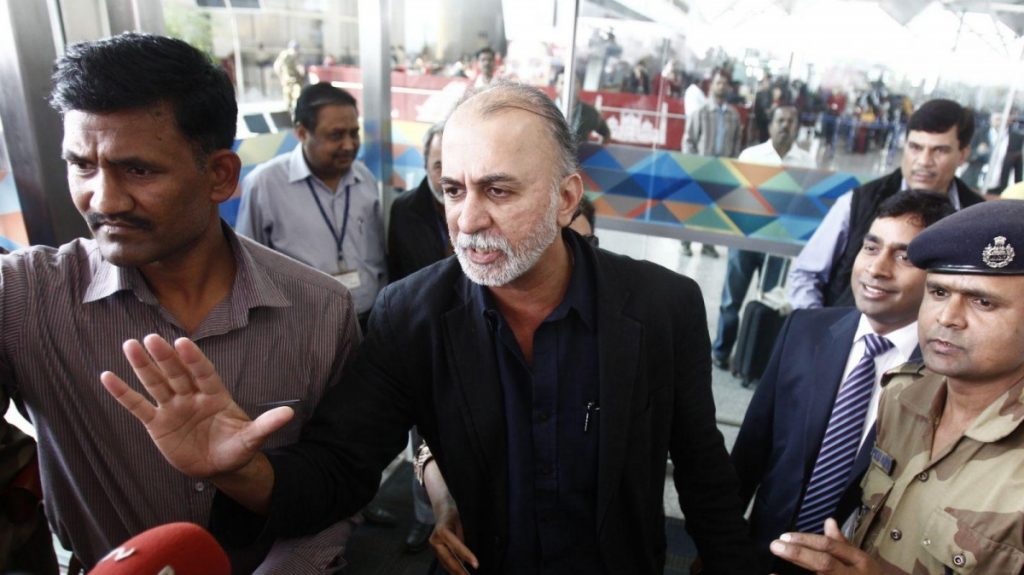 Luthra then asked Ramani if she was aware of other cases of sexual harassment, such as those in Bangalore. Again, the judge asked Luthra to specify the cases, to which the lawyer declined as it could “invite a charge of defamation” against her.

Luthra then referenced older articles which Ramani had written on the issue of sexual harassment and remarked that Ramani had ample opportunity and various platforms, even in the past, to speak about Akbar, but that she did not do so. Luthra said Ramani had spoken about Akbar after he became a minister, and thus had done this “deliberately, maliciously, in bad faith to malign Mr Akbar.” She said Ramani’s allegations against Akbar were an “after-thought”. Ramani denied this claim.

Luthra then went on to ask Ramani about the way in which she had written her Vogue article, partly about Akbar, in 2017, and later tweeted about it in 2018, naming him. Luthra said that Ramani had made an “artificial distinction” by speaking about her alleged incident with Akbar but also using other testimonies of women against other men, in the same piece. Luthra said that a reasonable person may think that the whole article by Ramani, is in fact about Akbar.

At this point, the hearing was adjourned and the next date is in October.