Explained: Government's Double Standards on Privacy Before the Supreme Court

If the government wants to protect the data of individuals collected by private entities, why does it deny the same under the Aadhaar scheme? 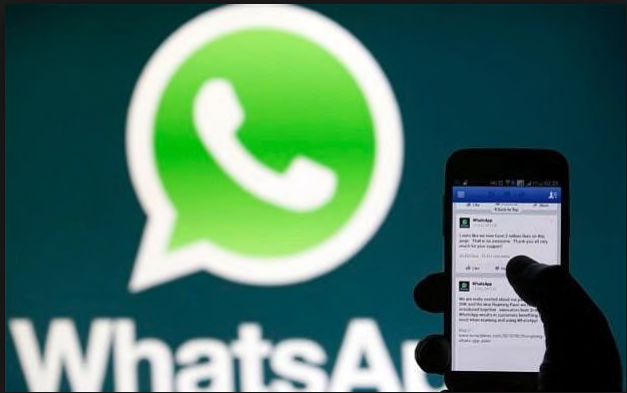 In the WhatsApp case, the Centre told the Supreme Court protection of data integral to a citizen’s personal life is part of his fundamental right to life and dignity. Credit: Reuters

Media reports on the government’s submissions before the Supreme Court during the hearing of the WhatsApp case on July 21 would suggest that the government contradicted itself on the right to privacy.

In the matter being heard by the nine-judge bench on the right to privacy, the government reportedly argued that there is no such right. In the hearing before the five-judge bench, it submitted that it would regulate data sharing by private social media platforms because it violates Article 21 of the constitution and that data is too intimate to an individual’s personality to be left unregulated.

On closer scrutiny, however, what emerges is that the government seeks a nuanced distinction between the encroachment of the right to privacy by private bodies and by the government, which is expected to keep the public interest in view. The government’s view is that while the former requires regulation by it, the latter merits no limitation because of the compelling state interest which justifies it.

Additional solicitor general P.S. Narasimha, who articulated the government’s view before the bench of justices Dipak Misra, A.K. Sikri, Amitava Roy, A.M. Khanwilkar and M. Shantanagoudar, was careful to avoid the expression ‘privacy’, although what he said clearly meant privacy.

In the two-hour-long hearing that day, Narasimha’s submission took just five minutes, but it managed to grab the headlines. He said that data is connected to personality and integral to Article 21 of the constitution, guaranteeing the right to life and liberty. “Any contractual provision impinging on data will impinge on Article 21,” he elaborated.

Before Narasimha made this observation, Harish Salve, counsel of the petitioner Karmanya Singh Sareen, argued that the data collected by private individuals and entities must be regulated. To this, WhatsApp’s counsel Kapil Sibal said there can be no such regulation if there is consent between the private entity and the individual towards sharing of data. Sibal denied that WhatsApp compromised confidentiality of data.

He argued that data is shared for the purpose of commerce, and the court has held in many cases that the mere possibility of injury to rights guaranteed by the constitution is no way to strike down a statute or a policy. Justice Misra disagreed saying injury is immaterial, if the data sharing contract is unconstitutional per se.

At this stage, the central government stepped in, assuring the court that it proposed to bring in a regulatory regime to govern data sharing between individuals and private entities. As data protection of individuals is the obligation of the government, it proposed to bring in a Data Protection Act to regulate data collected by private enterprises, he told the court.

If the government shows this concern to protect the data of individuals being collected by private entities because it believes it involves Article 21 right, why does it deny the same to the collection of biometric data by the government under the Aadhaar scheme?

In the WhatsApp case, the government was not expected to explain its denial of right to privacy in the Aadhar case, the very issue which is being heard by the nine-judge bench. Therefore, Narasimha left this contradiction unexplained before the WhatsApp bench, leading to surprise over the government’s contradictory positions on the same issue before two different benches.

The correctness of the government’s position that there is a qualitative distinction when the government itself collects data as under the Aadhaar scheme, which justifies denial of the right to privacy, is yet to be heard and decided by the nine-judge bench, which would then bind the five-judge bench in the WhatsApp case.

Therefore, it was least surprising when the counsel as well as the bench agreed to adjourn the WhatsApp case to September 6, before which the nine-judge bench would have given a clear verdict on the right to privacy. On Friday, the five-judge bench and the counsel were not sure how the verdict by the nine-judge bench on the right to privacy would impact the hearing in the WhatsApp case, but it was clear it would help to achieve at least some clarity.

On Tuesday, when attorney general K.K. Venugopal resumes the hearing before the nine-judge bench, he is expected to clarify this “qualitative distinction” between the collection of data by private entities and by the government, and whether the government could take liberties with the right to privacy, even if the court concludes that there is indeed such a right, on the ground of compelling state interest. After all, the government could argue that no right, including the yet-to-be recognised right to privacy, could be absolute and therefore, reasonable restrictions on it may be justified.