Dismissing applications by Rajeev Chandrasekhar – MP, defence investor and former owner of Republic TV – a Bangalore judge refused to accept his plea that articles about his potential conflicts of interest be taken down. 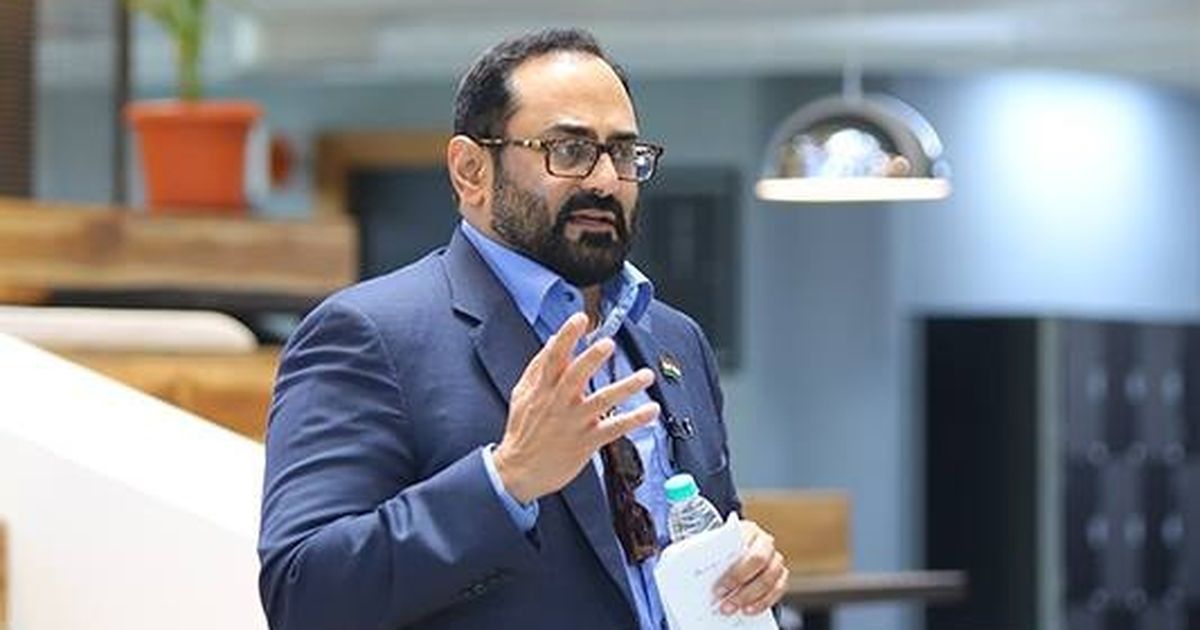 New Delhi: “The press is functioning as the watchdog of the constitution. It is the duty of the press to create public opinion about the policy of the government… If the press is restrained from publishing any information about the public or public servants, it amounts to curtailing the right of media persons from discharging [their] duties.”

These are observations by sessions judge Ravindra Joshi of Bangalore, in a pair of orders favouring The Wire in a Bengaluru sessions court.

The orders, given on February 26, dismissed applications by Rajeev Chandrasekhar, a businessman and BJP MP, for a permanent injunction against The Wire publishing or sharing two articles – titled ‘Arnab’s Republic, Modi’s Ideology‘ and ‘In Whose Interests Do Our Soldiers March?’

The articles were originally published on January 25 and February 17, 2017. Chandrasekhar secured an ex-parte injunction two years ago, which The Wire complied with but immediately challenged.

As a result of the court’s ruling last month, both articles are now up on The Wire’s website after two years of being withheld from the public.

This week, Chandrasekhar appealed against the two orders in the Karnataka high court. He is represented by the senior lawyer Udaya Holla, who also happens to be the state’s attorney general.

Both articles examine the role played by Chandrasekhar as politician, ideologue and MP on the one hand, and businessman with interests in the media and defence sectors, on the other. These interests included being a director of ARG Outlier Media Asia News Pvt Ltd (he has since resigned, in April 2018), which owns Republic TV, a notedly hawkish TV channel.

Chandrasekhar’s response to the articles was to sue the authors – Sandeep Bhushan and Sachin Rao, respectively – and the founding editors of The Wire for defamation.

This was the first major defamation case against The Wire, but was followed over the next year or so by multiple SLAPP suits filed against the portal by Jay Amit Shah,  son of BJP president Amit Shah, Gautam Adani group companies, entities  owned by the Zee Group’s Subhash Chandra, Anil Ambani groupup companies and the godman Sri Sri Ravi Shankar. The total value of damages sought by these plaintiffs is over Rs 11,000 crore.

In the sessions court, The Wire wanted the existing injunction against the two articles lifted while Chandrasekhar wanted the ex-parte injunction, which is meant to be temporary, converted into a permanent one.

Rejecting the MP’s plea, the judge said, “On considering the materials on record, this court finds that at this stage, there is no prima facie material to show that the article contained defamatory material.”

Chandrasekhar’s petition against The Wire highlights what he claimed were objectionable excerpts from the articles. From ‘Arnab’s Republic, Modi’s Ideology’, these excerpts include:

1. Will Arnab’s claim of editorial ‘independence’ hold out in the face of  his own biases, and the political and business interests of his largest investor, Rajya Sabha MP Rajeev Chadrashekhar?

2. His proximity to the BJP’s B.M. Yedyurappa when he was Karnataka chief minister resulted in a recommendation for the Padma Bhushan honour.

3. In addition he has raised a large number of questions relating to the army in the Rajya Sabha. Critics allege that his new found love for the military is rooted in his business interests.

4. Jupiter Entertainment Ventures Private Limited, through which Chadrashekhar has made his media investments, is part of Jupiter Capital, that is the holding company of Axiscades Engineering Technology Limited – a company that “provides technology solutions to aerospace, defence, heavy engineering, automotive and industrial production sectors”.

5. Apart from Chandrasekhar’s business interests, his track record as a media owner – especially his guidelines for editorial recruitment – do not inspire confidence about the ‘independence’ of Republic.

6. The ‘ideological alignment’ sought by the Jupiter group’s chairman presumably has more to do with aligning the start-up news network to the BJP’s political objectives. These are wide ranging but its key elements include sharp anti-Pakistan rhetoric, essentially a metaphor for Indian Muslims; putting non-BJP ruled states under constant camera glare; a muscular state; and endless air time and no journalistic scrutiny for Modi, Arun Jaitley and Amit Shah. And on all these issues, Chandrasekhar has an editor/anchor who is perfectly aligned.

From ‘In Whose Interests Do Our Soldiers March?’, the excerpts highlighted by Chandrasekhar include:

1. There is clear conflict of interest in Rajeev Chandrasekhar being part of the parliamentary committee on defence and investing in private defence manufacturing.

2. Rajeev Chandrasekhar stands to profit from an expansion of Indian military spending.

3. Irrespective of how he got where he is, Chandrasekhar has done us a service by demonstrating just how frail and vulnerable are the doors that guard the nation’s interest.

Chandrasekhar’s application described these statements as “vexatious, fraudulent and defamatory”, and said they “caused untold pain, agony to the entire family.”

The Wire stands by its authors

In response, The Wire’s advocates observed that the pieces only offer bona fide opinions about the conflicts-of-interest of a person holding an important public office, using facts in the public domain.

The articles never ventured into the private life of the subject. The Wire also argued that reporting and commenting on the ownership and structure of media companies – “and also the possible interference in editorial contents of such media houses” – is “not only a fundamental right, but also a solemn duty of an independent media in a democratic society.”

Agreeing with The Wire‘s arguments, the sessions court judge noted:

14. The plaintiff sought for injunction restraining defendants from directly and by innuendo, making publishing, disseminating, communicating, distributing exhibition, circulating, uploading, twitting either in print or electronic or social media or providing access to or sending in any form or manner whatsoever any information statements, assertions, caricature, allegations, audio, video recording, posts, uploads, whatsoever that may be seen or understood as derogatory, false defamatory or likely to cause harm to the reputation of the plaintiff. The relief sought by the plaintiff at this stage cannot be considered, because press is considered as 4th pillar of constitution. The press is functioning as watch dog of the Constitution. It is the duty of the press to create public opinion about the policy of the Government etc., The right of the press is protected under Article 19(1) (a) of the Constitution of India. Unless the act of the press is held to be derogatory, malicious, defamatory, the press is having right to fair report, comment on the matter having public concern. If the press is restrained from publishing any information about the public or public servants, it amounts to curtailing the right of media person from discharging his duties.

15. On considering the materials on record, this court finds that at this stage, there is no prima facie material to show that the article contained defamatory material. Further, the article published is in the online media publication, which is having accessibility to all.. The defendants have no control over the published article since any one can access to this article by social media platform such as twitter, face book etc., The plaintiff has not made out any prima facie or balance of convenience in his favour for grant of injunction as prayed…” (emphasis added)

While The Wire has won this case, it is still fighting a number of others who do not want certain stories to be told and are using defamation suits to try and intimidate independent media.

The best way for you to ensure that press remains free and independent is to support the news organisation of your choice, because no matter how powerful, there is no power strong enough to suppress a billion voices.

If you wish to support The Wire, you can click here.