The bench said Bhushan would be jailed for three months and barred from practising for three years if he failed to pay this fine by September 15. 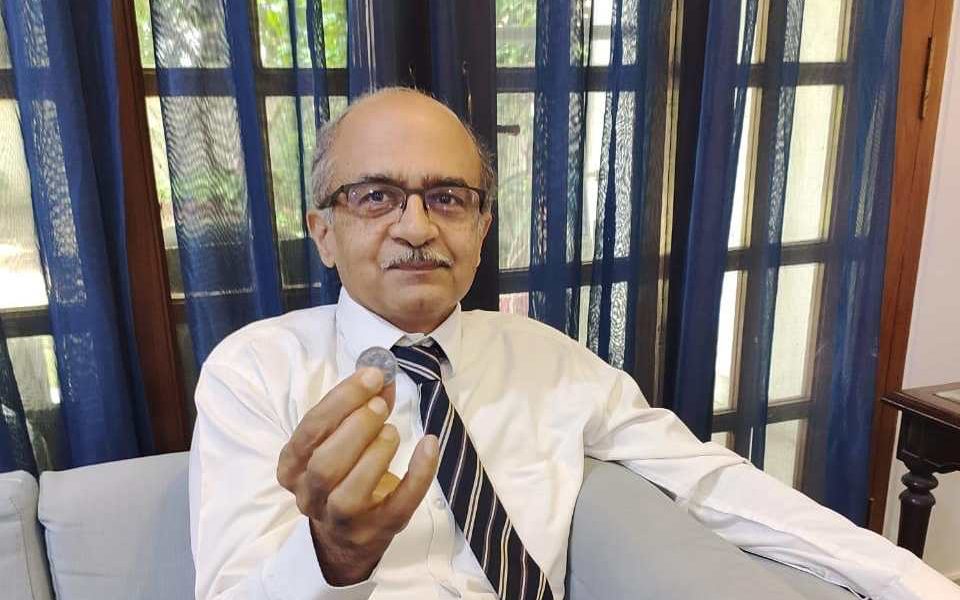 New Delhi: The Supreme Court on Monday sentenced lawyer and activist Prashant Bhushan to a Re 1 fine in the contempt of court case, and said he would be jailed for three months and barred from practising for three years if he failed to pay this fine by September 15.

“SC precedents say that the in-house procedure should be adopted for complaints of corruption against judges,” Justice Arun Mishra said while reading the sentencing order.

After the decision, Bhushan said on Twitter that he and his lawyer Rajeev Dhavan had “contributed 1 Re immediately”.

My lawyer & senior colleague Rajiv Dhavan contributed 1 Re immediately after the contempt judgement today which I gratefully accepted pic.twitter.com/vVXmzPe4ss

Later in the day, Bhushan released a detailed statement on the verdict, where he says that he will, while reserving his right to seek a review of the conviction, “respectfully pay the fine just as” he would have submitted to any other lawful punishment.

My Statement on my Contempt order today: I am grateful for the support of countless people: activists, lawyers, judges and fellow citizens who encouraged me to stand firm. I am gratified that it seems to have given strength to many people to stand up &speak out against injustice pic.twitter.com/CvfWIPl1sr

The bench of Justices Mishra, B.R. Gavai and Krishna Murari had reserved its judgment on August 25, after asking Bhushan multiple times to apologise for his tweets. Bhushan said he could not, in good faith, apologise, since he believed he had done nothing wrong, and his criticism was constitutional and valid. The bench was not satisfied with this response, with Justice Mishra saying, “Tell us what is wrong in using the word ‘apology’? What is wrong in seeking apology? Will that be reflection of the guilty? Apology is a magical word, which can heal many things.”

Attorney General K.K. Venugopal had asked the bench not to punish Bhushan and instead be “compassionate” in their treatment of him.

The bench had held Bhushan guilty of contempt of court on August 14. The court had taken suo moto cognisance of two of Bhushan’s tweets after a complaint by one Mahek Maheshwari. The tweets in question were critical of the top court and posted by Bhushan on Twitter on June 27 and June 29. The June 27 tweet said, “When historians in future look back at the last 6 years to see how democracy has been destroyed in India even without a formal Emergency, they will particularly mark the role of the Supreme Court in this destruction, & more particularly the role of the last 4 CJIs.”

The bench argued that these tweets were “serious contempt of the court”.

Also read: ‘Contempt’ Has a Hierarchical and Monarchical History Which Now Has Implications for Citizen X

The Supreme Court’s decision to hold Bhushan in contempt has been widely criticised by retired judges of the Supreme Court and high courts, lawyers, politicians, members of the civil society and others. It is being seen as an attempt to quash reasonable dissent.

Meanwhile, a new Supreme Court bench will hear the 2009 contempt case against Bhushan and journalist Tarun Tejpal next month, with the Justice Mishra bench noting that there are “broader issues” which need to be deliberated at length. Justice Mishra is scheduled to retire on September 2.