By charging him with contempt, the Supreme Court has given the lawyer-activist an opportunity to revisit recent controversies over its functioning and draw renewed public scrutiny of them.

New Delhi: The Supreme Court’s suo motu contempt notice to lawyer Prashant Bhushan for two tweets which he posted in June has elicited a detailed reply from him. With his reply, the stage appears set for a detailed hearing of the case by the bench of Justices Arun Mishra, B.R. Gavai and Krishna Murari on August 5.

To begin with, Bhushan has questioned the issue of notice to him without the original contempt petition of Mehak Maheshwari, which was converted into a suo motu petition. He has also questioned the non-annexation of the copies of the administrative orders along with the notice, which enabled the placing of  Maheshwari’s petition on the judicial side. Maheshwari’s petition seeking initiation of contempt proceedings against Bhushan for his tweets was filed with an accompanying application for exemption from taking permission of the attorney general, as required under the rules.

Bhushan has brought to the notice of the bench that the secretary general of the Supreme Court has not provided him with these documents, as requested by him, and in the absence of that, he is somewhat handicapped in dealing with the contempt notice. However, he has gone ahead and filed his “preliminary reply” to the contempt notice without prejudice to his protest at not being supplied with the necessary documents. While explaining both the tweets, Bhushan says anyone may disagree with his views, but that would not render his bonafide opinion to be contempt of court. 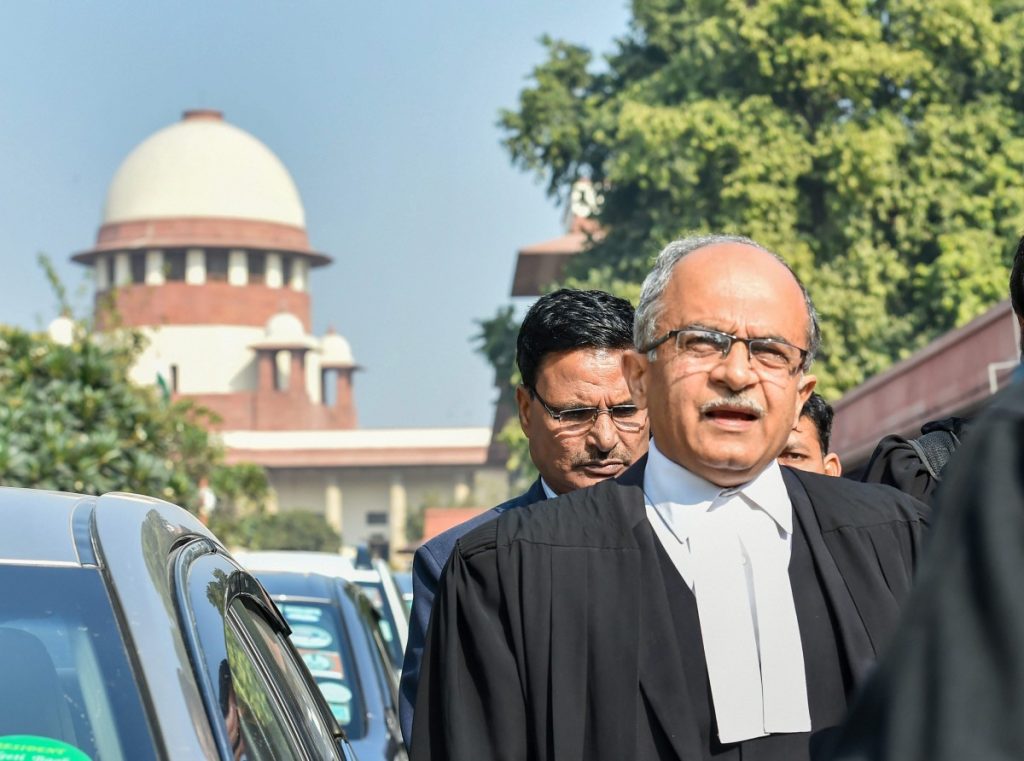 Bhushan clarified his tweet on June 27, referring to Chief Justice of India S.A. Bobde sitting on a motorcycle worth Rs 50 lakh, belonging to a BJP leader, at Raj Bhavan in Nagpur, without a mask or helmet thus:

“At the outset, I admit that I did not notice that the bike was on a stand and therefore wearing a helmet was not required.  I, therefore, regret that part of my tweet. However, I stand by the remaining part of what I have stated in my tweet.”

Bhushan claimed that he tweeted so because after the imposition of the COVID-19 lockdown, he was increasingly anguished by the lack of regular physical functioning of the court that was leading to the hearing of very few matters and that too by the “unsatisfactory mode” of video conferencing.

Bhushan pointed out that many government offices and institutions in Delhi had resumed regular functioning. “While the Chief Justice who has ultimate administrative authority over the Supreme Court was not allowing regular functioning for four months because of COVID pandemic, he was seen on a motorcycle in a public place with several people around him, without a mask. This seemed incongruous to me,” he stated.

He pointed out that in a suo motu writ petition regarding the provision of financial aid for members of the bar affected by the pandemic, the Supreme Court issued an order on July 22, in which it admitted that with the courts being closed, lawyers have been “deprived” of the sources of earning their livelihood.

The tweet on SC’s role in ‘destruction of democracy’

Bhushan’s second tweet, posted on June 27, also forming the basis of the alleged contempt notice, elicited a longer reply from him than his first. In this second tweet, he said:

Bhushan sought to explain that democracy has been “substantially destroyed” during the last six years; and that by its acts of commissions and omissions, the Supreme Court has allowed the “emasculation” of Indian democracy; and that the role played by the last four CJIs has been very critical in this process.

Elaborating his view, Bhushan claimed that the basic judicial checks that must be in place before a powerful executive were completely missing during the tenure of the last four CJIs.

Bhushan writes in his reply:

“The court surrendered while tyranny and majoritarianism gained a deep foothold in the country. All these egregious assaults on civil rights and on institutions have been allowed to go through, without any accountability, under the benign gaze of the Supreme Court. It is in this political climate that most independent regulatory institutions have capsized and even the Supreme Court has not been able to stand up as a check on the excesses of the government.”

Bhushan found support for his view from the manner in which the Supreme Court avoided hearing for months petitions related to the dilution of Article 370 and revocation of Jammu and Kashmir’s special status. He said the court did not urgently hear habeas corpus petitions, the challenge to the imposition of lockdown and the denial of Internet in Kashmir.

“Even when they were heard, they were frequently adjourned without any substantive relief. The Supreme Court also turned a deaf ear to the serious assault on Jamia and JNU. A new jurisprudence of sealed covers was evolved, to allow the court to accept and act upon unsigned notes handed over by the government to the court, without even being shown to the opposite party, in gross violation of natural justice,” Bhushan claimed.

The sealed cover jurisprudence, Bhushan added, allowed the Supreme Court to “put the lid” on the case involving the mysterious death of judge B.H. Loya, who was trying the current Union home minister Amit Shah for conspiracy to murder. “It also allowed them to put the lid on the Rafale defence scam. It was used extensively in the case monitoring the creation of the National Register of Citizens in Assam,” Bhushan contended. 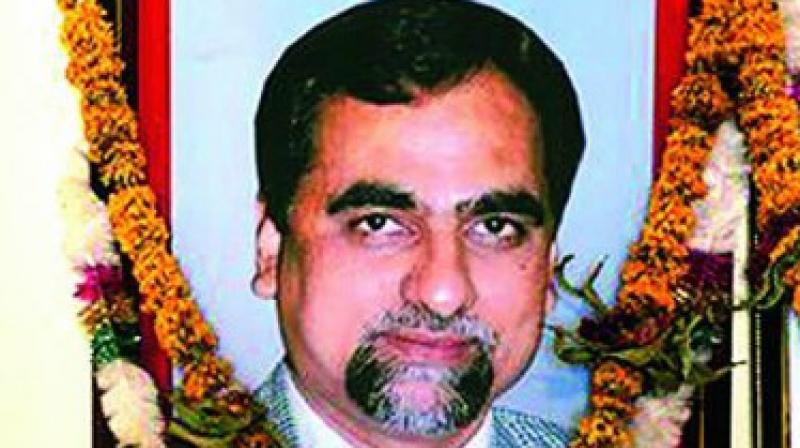 On the issue of the migrant labour crisis after the COVID-19 lockdown, Bhushan alleged that the court just “deferred to the government’s wisdom” without even seriously examining the violation of the rights of people, leading to their destitution, starvation, and forcing them to walk back home, sometimes thousands of kilometres. In all these hearings, curiously, solicitor general Tushar Mehta “who has become the government’s point-man for all such politically sensitive cases, was allowed to be present – even without a court notice to the government or the filing of a caveat by the government – all in violation of rules”, Bhushan added.

“Often, the court had copies of notes and a report handed over by the solicitor general, without any other parties having access to it and which often formed the basis of the orders of the court in these cases,” he claimed.

Bhushan then chronicled the major controversies which shadowed the last four CJIs, starting from Justice J.S. Khehar. He referred to the Sahara Birla case, Kalikho Pul’s suicide note during the tenure Justice Khehar’s tenure and explained why public suspicion would not go away without proper investigation into these cases.

Referring to the tenure of CJI Dipak Misra as “controversial in many respects” and having contributed to the “decline in the reputation” of the Supreme Court, Bhushan recounted in detail the medical college bribery case and the denial of permission to the Central Bureau of Investigation to register an first information report (FIR) against Justice Narayan Shukla of the Allahabad high court (who retired recently), who was accused in the PIMS scandal.

Bhushan then recalled the famous press conference held by the four senior-most Supreme Court judges against CJI Dipak Misra’s “arbitrary” listing of cases in January 2018. Several instances of improper listing of cases by the CJI as the master of the roster have been cited by Bhushan. According to Bhushan, certain matters which were politically sensitive and involved ruling party leaders and/or opposition party leaders were assigned only to certain benches. 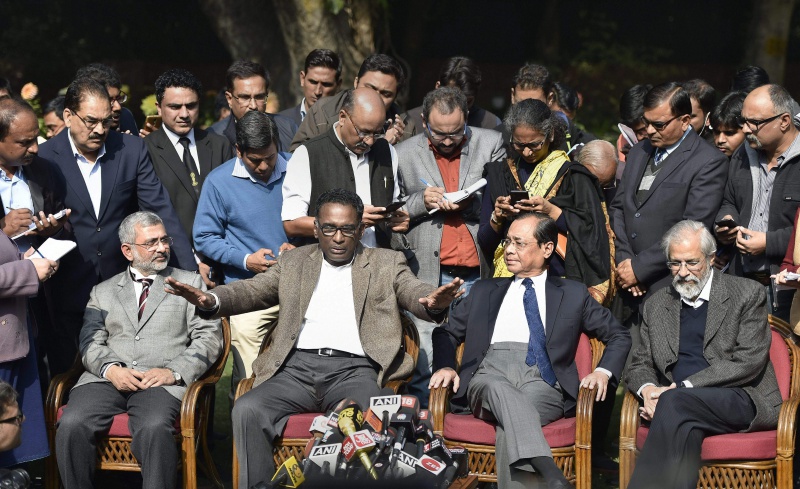 Bhushan alleged that as CJI, Misra was not standing up to the undue pressures exerted by the executive in the administrative affairs of the judiciary. Repeated overturnings of the Supreme Court collegium’s recommendations by the Central government was a regular feature during his tenure, he writes. Chief Justice Misra acted pliant, even in the face of such brazenness, Bhushan alleged.

Raising the Loya and Bhima Koregaon cases, Bhushan claimed that the Supreme Court no longer considers citizens’ liberty as a matter of priority or of grave concern.  “Unfortunately, this leads to development of a belief amongst the well wishers of Indian judiciary that the Supreme Court is increasingly becoming more executive-minded than the executive”, Bhushan observes.

CJI Ranjan Gogoi’s tenure came in for sharp criticism by Bhushan, who claimed it was characterised by “disturbing proximity” to the executive and disregard for fundamental rights of citizens. Questioning the prioritisation of cases by him as the master of the roster, Bhushan has pointed questions on the non-hearing of the cases challenging electoral bonds, reading down of Article 370, arbitrary detentions in Jammu and Kashmir after the August 5, 2019 clampdown, and the curtailment of the then CBI director Alok Verma’s tenure.

Bhushan raised the expeditious hearing of the Ayodhya case during CJI Gogoi’s tenure and claimed that the final outcome in the case served to strengthen the poll prospects of the ruling party.

Bhushan has made the startling allegation that the sexual harassment case against CJI Gogoi raises the possibility of the Supreme Court and the Centre working in coordination to victimise the complainant, and questions his independence from the executive while deciding important cases. It must be recollected here that the woman was reinstated by the apex court after she gave a written assurance that she would not pursue the harassment matter. The assurance was given at the insistence of a “top government functionary“.

Former CJI, Ranjan Gogoi’s nomination as the Rajya Sabha member raises serious concerns of quid pro quo in relation to several important judgments delivered by him in favour of the Centre, Bhushan has alleged. 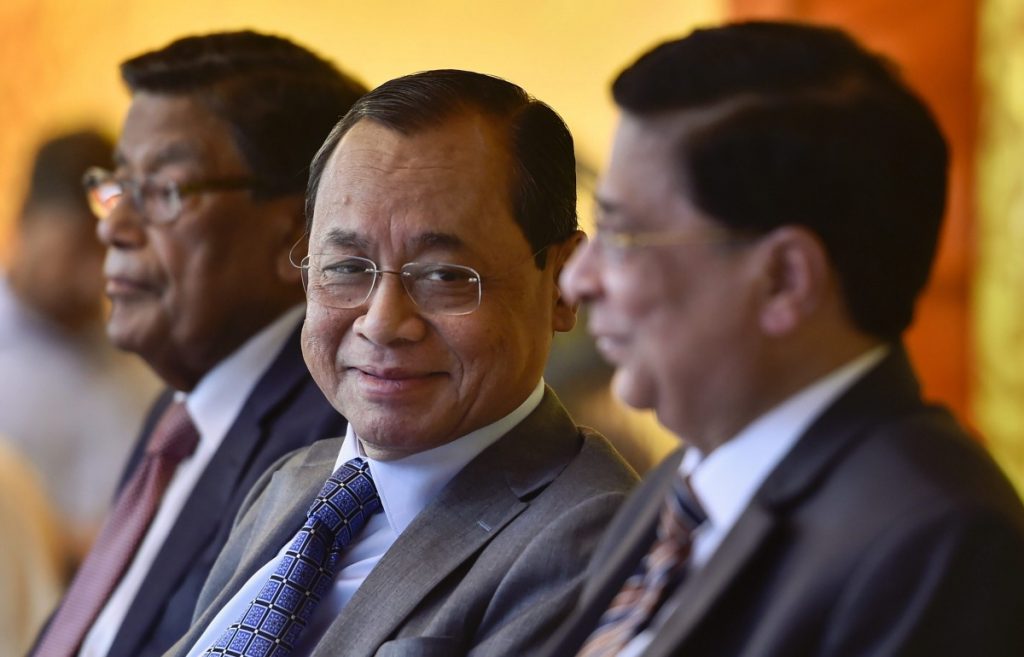 Bhushan deplored the non-hearing of the petitions challenging the constitutionality of the Citizenship (Amendment) Act (CAA) despite the passage of several months after they were filed, the transfer of Justice S. Muralidhar from the Delhi high court to Punjab and Haryana high court after he heard a hate-speech case related to the Delhi riots, and the continued blockade of 4G in Jammu and Kashmir, saying these were enough to form his opinion about the role played by the court in “undermining democracy”.  Bhushan claimed that he is entitled to form, hold and express such a bonafide opinion under Article 19(1)(a).

More important, Bhushan has claimed that his concerns over the tenures of the last four CJIs cannot be a ground for initiating contempt of court proceedings against him, because the Supreme Court, as an institution, cannot be equated with the CJIs alone, let alone their tenures.

Bhushan’s elaborate but pointed reply to the contempt notice issued to him by the Supreme Court would make one wonder whether the court, to use a Tamil proverb, has invited fresh and embarrassing scrutiny of its “omissions and commissions” in recent years by invoking its contempt powers against what many would consider as two innocuous tweets.