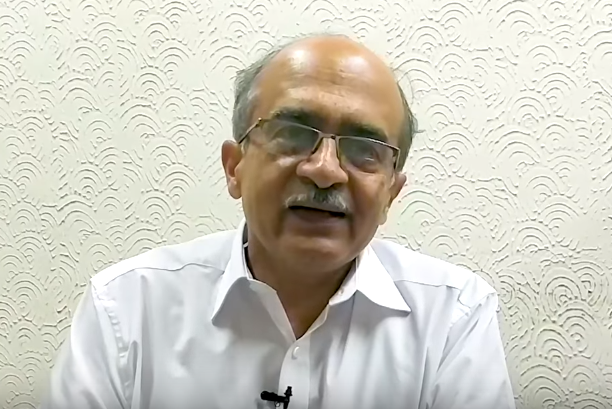 Read the full transcript below.

An extra-ordinary development took place in the Supreme Court today (Friday, 10 November 2017). On 19th September this year, the CBI had registered a very serious FIR, alleging that there was a conspiracy to bribe judges of the Supreme Court, in connection with a Medical College case which was going on before the Supreme Court. Immediately after that FIR, the CBI conducted raids and arrested some people, including a retired judge of the Orissa high court and recovered about Rs 2 crores in cash. They also arrested a middleman from Orissa who had been engaged to influence the Supreme Court Judges. We don’t know what further investigation the CBI has done, but given the seriousness of this matter which affects the independence and integrity of the judiciary, we felt that this is a matter which could not be left in the hands of a caged parrot of the government, namely the CBI. This needs to be investigated by an independent, fair body which will do a thorough investigation and it should be monitored by a former chief justice of the Supreme Court.

So a petition was filed (by the Campaign for Judicial Accountability and Reforms, [CJAR]) seeking an SIT monitored by the Supreme Court and headed by a former chief justice of the Supreme Court. This petition was mentioned for hearing on November 8, 2017, before Court 2 (Justice Chelameswar and Justice Nazeer). The mentioning took place before Court 2 for two reasons. First, Court 1 was in a constitution bench and therefore mentioning for urgent listings were before Court 2; second, the Chief Justice was directly involved in this matter (since he was hearing the medical college case) therefore, he ought not to have heard this matter either on the judicial or the administrative side. Court 2 directed that this matter should be placed on Friday before his bench. But thereafter, at lunchtime, I received information from the registry that the Chief Justice (Justice Dipak Misra) had passed an order listing it before some other bench. Later we came to know it was Court 6 (Justice Sikri and Justice Ashok Bhushan).

Yesterday (Thursday, November 9, 2017) a similar petition was filed by Kamini Jaiswal, in which again, an urgent mentioning was made. It was heard at 12:45 pm (Friday) by Court 2. Court 2 passed an order saying that since this was a very serious matter involving the independence and integrity of the judiciary, it should be heard by a bench of five senior-most  judges of the Supreme Court on Monday the 13th. They also directed that all the material collected by the CBI should be deposited with the Registrar who would then place it before the five judge bench hearing the matter. When our matter came up on Friday before Court 6, I told the judges that there was already an order referring this matter to a constitution bench of five senior judges and therefore it should be tagged along with that. I thought that they had passed an order tagging the two matters (CJAR and Kamini Jaiswal). But thereafter at 2:45 pm I received a call from the registry saying that there was a seven judge bench constituted in the Chief Justice’s court and I should immediately come to Court 1.

When I went there, I found that there were seven chairs and then two chairs were removed and eventually five judges came, which included the Chief Justice but none of the other senior judges of the Supreme Court. The other four were relatively junior judges. When the hearing began, I told the Chief Justice that he ought not to be dealing with this matter because the FIR, though it does not name him, effectively refers to him when it says that there was an attempt and a conspiracy to bribe those judges dealing with the medical college case. Ignoring that, he kept asking other lawyers present in the court to speak. Mostly they started saying that Court 2 ought not to have heard this matter, that it could not have passed an order saying that it should be listed before a bunch of five senior judges etc. and that this prerogative was only with the Chief Justice. I repeatedly told the Chief Justice that I was the counsel for the petitioner (CJAR) and I should be heard so that I could explain what we were saying and why we had filed this petition, what had happened thereafter and why the order passed by Court 2 referring our matter to the five senior most judges should not be undermined. But each time the Chief Justice said, “No no, I don’t need to hear you,” and he  kept hearing other random lawyers. So eventually, in frustration I had to leave the court and said, “alright you pass any order that you want in my absence”.

Eventually, after I left, I believe the order that has been passed really undermines the order of Justice Chelameswar, the number two judge, referring this matter to five senior most judges of the Supreme Court on Monday. The CJ has passed an order saying that this matter will be listed after two weeks before a bench to be nominated by the Chief Justice.

So, it’s really a very very sad day in the history of the Supreme Court – firstly, I have not seen this kind of extraordinary interest being taken by a Chief Justice in a matter which involves him directly, and secondly, because of the kind of unseemly proceedings which took place in the Supreme Court. When I tried to leave the court I was almost manhandled by some lawyers trying to prevent me from leaving the court . Eventually I had to be escorted out of the court. It’s a very sad day in the history of the judiciary which is certainly going to undermine the image of the judiciary and even public confidence in the judiciary. I think the time has come for all concerned citizens, who feel that the judiciary is a very important institution in this country to come together and think of how this institution is to be saved.