Law, Not Emotion, Should Guide Debate Over Reporter's Alleged Role in Soldier's Suicide

The accusations against the Quint's reporter centre around the proposition that she filmed the jawans in an army camp, which is prohibited by law. 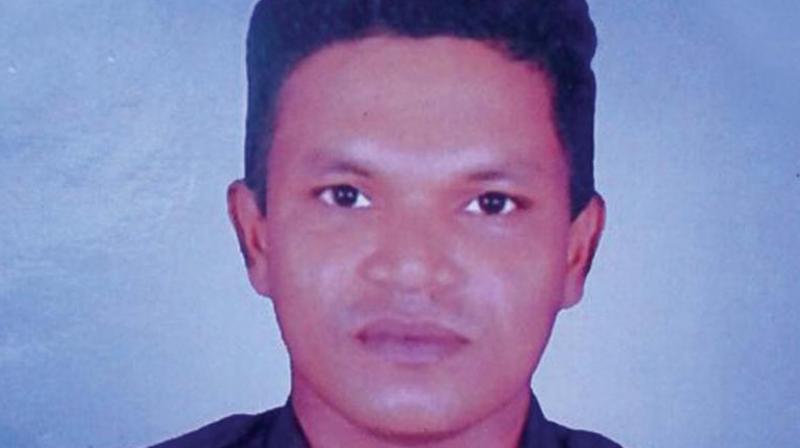 The death of Lance Naik Roy Mathew at Deolali at the end of February was and remains a national tragedy. The impact of this travesty on Mathew’s family, his friends and the country as a whole cannot be overstated. As with any national tragedy, it is essential to examine the context in which it occurred, with full regard to the events that led up to it, so that we can understand why the event occurred and try to make sure it does not happen again.

In the latest development, a case was filed against Poonam Aggarwal, associate editor at The Quint, in Nashik on March 28, for offences under the Official Secrets Act (OSA), and for abetment of suicide and criminal trespass under the Indian Penal Code (IPC). On February 24, The Quint published a video story by Aggarwal in which a number of jawans at the Deolali Cantonment (their faces blurred to preserve anonymity), including Mathew, discussed the treatment they faced under the ‘sahayak‘ or ‘buddy’ system.

The issues in this case are troubling, and not easy to assess either way. However, even if one were to find that Aggarwal could have approached her investigation and exposé in a different way (a judgment that I do not think myself in a position to pass), legal culpability is an entirely different matter.

To help inform the debate on this issue going forward, I seek to analyse the provisions on which the case against Aggarwal is based, and examine if the charges can be made out against her, on a prima facie basis.

Much of the condemnation against Aggarwal, in various online media outlets and now in the form of the charges under the Official Secrets Act (OSA), centres around the proposition that she filmed her interactions with the jawans in an army camp, which is prohibited under the OSA. The statements made in this regard would have us believe that taking photographs or videos of an army establishment is absolutely prohibited, and is an offence.

However, even if Deolali Cantonment is a “prohibited place” as per Section 2 of the OSA, this does not mean that taking a video (even if without permission) is automatically an offence under the OSA. At any rate, the provisions of the OSA under which Aggarwal is allegedly charged do not cover such a situation. The first charge under the OSA is under Section 3 of the OSA, which prescribes the penalties for spying. The offence of spying covers entering a prohibited place, or making a model or sketch of it, or collecting and publishing information from that prohibited place. However, for an offence under this section to be made out, the action must be “for any purpose prejudicial to the safety or interests of the state”. The information collected must be “directly or indirectly, useful to an enemy” and “or which relates to a matter the disclosure of which is likely to affect the sovereignty and integrity of India, the security of the state or friendly relations with foreign states”.

While the OSA expressly accepts that circumstantial evidence of a purpose prejudicial to the safety or interests of the state would also be sufficient to prosecute someone for this offence, it remains absolutely essential that such a purpose be proved. Aggarwal’s actions do not seem to betray any such purpose, nor do the circumstances behind them. She was, at the behest of a retired army source, trying to bring about awareness of the plight of jawans under the sahayak system, and verify the claims made in a previous video by a jawan. This hardly admits to any purpose prejudicial to the safety and interests of India, though a full assessment of the merits of the claim would require access to the chargesheet and arguments of the investigating officers.

The second charge under the OSA is under Section 7 of the OSA, which penalises interfering with officers of the police or members of the armed forces of the Union. This section says that no person shall “obstruct, knowingly mislead or otherwise interfere with or impede” any police officer or member of the armed forces in a prohibited place. Crucially, however, such personnel must be “engaged on guard, sentry, patrol or other similar duty in relation to the prohibited place.”

According to the complaint by Lance Naik Jatav on March 27, 2017 (on the basis of which the FIR against Aggarwal is reported to have been lodged), none of the jawans who spoke to her were on guard, sentry, patrol or other similar duty at the time. At best, some of the jawans were on “adam duty”, which is the term used by jawans for their duty under the sahayak system. As a result, it is difficult to see how a case under Section 7 of the OSA can be made out against Aggarwal on the basis of the complaint filed with the police. Of course, this charge can also only be fully assessed on the basis of the chargesheet, which would need to contain some other information to bring about this charge.

Interestingly, even though Aggarwal had sent the video to the army public relations officer on February 27, 2017, their extremely civil and reasonable response to her on February 28, 2017, made no mention of the video or her actions contravening the provisions of the OSA.

This charge against Aggarwal under the IPC is more emotive, and so it is perhaps understandable that there has been a sense of agreement with the allegations of abetment of suicide in some spheres of social media and public opinion. There can be no doubt that there should have been genuine concerns about disciplinary action or other punitive consequences for any jawans in the video who could have been identified. Whether Aggarwal could have made greater efforts to make their identity more anonymous in the video, or whether she should have informed the jawans that they were being recorded, is also a matter to be assessed further.

However, a criminal charge of abetment of suicide under Section 306 of the IPC is a matter which cannot be approached emotively. The legal position on abetment of suicide is clearly articulated in M. Mohan v the State represented by the deputy superintendent of police (2011) 3 SCC 626, where Justice Dalveer Bhandari summarised it as follows:

“The intention of the legislature and the ratio of the cases decided by this court are clear that in order to convict a person under Section 306 IPC there has to be a clear mens rea to commit the offence. It also requires an active act or direct act which led the deceased to commit suicide seeing no option and this act must have been intended to push the deceased into such a position that he/she committed suicide.”

To break this down, it means that, for the police to successfully charge Aggarwal under this section, they would need to prove that Aggarwal had a clear intention to instigate Mathew to commit suicide (mens rea); and her action of publishing the video led Mathew to believe that he had no other option but to commit suicide (actus reus).

The requirement of an intention to instigate the suicide is extremely important to a case under Section 306, and has proved the basis of acquittal in numerous cases, even where the victim claimed in a suicide note that they felt they had no other option. The threshold for conviction is thus very high. According to Jatav’s complaint, Mathew was stressed about the fact that he could be court martialed in relation to the video, and this is consistent with the alleged suicide note prepared by the victim.

Nevertheless, there is nothing on the facts of the case, whether those in the public domain or alleged in Jatav’s complaint, to indicate that Aggarwal intended to instigate Lance Naik Mathew’s death. Such an allegation is in fact remarkably perverse, and it is extremely disturbing that persons with legal knowledge should have filed complaints against her alleging this.

The only comfort Aggarwal can perhaps draw is that the Supreme Court has previously held, in V.P. Shrivastava v. Indian Explosives Limited and Ors. (2010) 10 SCC 361, that when prima facie no such case is made out against the accused, the charges against them can be quashed under Section 482 of the Code of Criminal Procedure.

The final charge against Aggarwal is of criminal trespass. According to Section 441 of the IPC, a person commits criminal trespass if they enter the property in possession of another person in order to commit an offence or to intimidate, insult or annoy that other person.

Thus, for Aggarwal to be successfully charged with criminal trespass, it must be shown that she entered the cantonment with the intention of committing an offence. As there appears to be no prima facie basis for any of the other offences she has been charged with, it would be extremely difficult for the prosecution to successfully establish this offence.

It must be reiterated that we can only truly assess the charges against Aggarwal once the chargesheet against her becomes available, and it is understood on what basis the police have decided to file the case against her. The analysis above is on a prima facie basis, based on available information at this point.

However, when discussing the case, as we are all certainly wont to do, especially on Twitter where everyone is an armchair expert, it would be better if we are all better armed with the knowledge to do so in a manner that is not prejudicial to Aggarwal or Lance Naik Mathew. While there may certainly be those who feel the legal case against Aggarwal is strong, it is hoped that they engage with legislation and judicial precedent when taking such a view publicly.

It is also important to not necessarily let a purely legalistic assessment of this matter stifle debate. Journalistic ethics and responsibilities in such situations need to be constantly evaluated and there is an important conversation to be had about these in relation to this matter. We must also be careful not to automatically assume that the army or any of its personnel had anything to do with the death of Lance Naik Mathew, though it is hoped that there has been a proper investigation into this potential aspect of the matter.

Vakasha Sachdev is a lawyer in Bangalore.

Note: The Wire competes with Quint