The petition alleged that to ensure a higher profit margin, the company manufacturing Dolo tablets distributed freebies to doctors to prescribe the 650 mg drug. 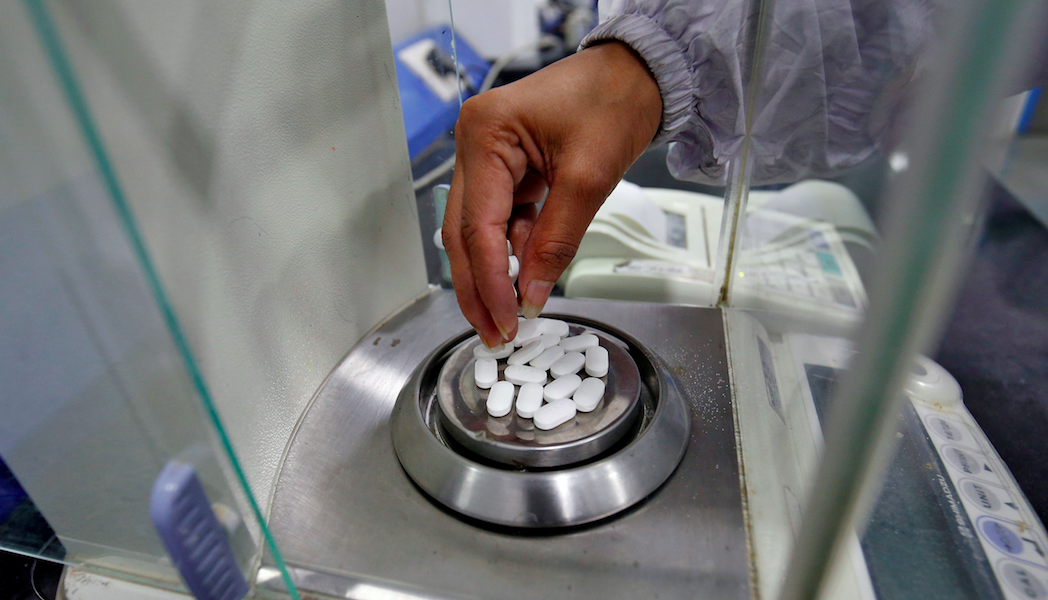 Representative image. A pharmacist checks weight of Paracetamol, a common pain reliever also sold as acetaminophen, tablets inside a lab of a pharmaceutical company on the outskirts of Ahmedabad, India, March 4, 2020. Photo: Reuters/Amit Dave/Files

New Delhi: The Supreme Court Thursday, August 18 was told by an NGO that the Central Board of Direct Taxes (CBDT) has accused the pharma company manufacturing paracetamol drug ‘Dolo’ of distributing Rs 1,000 crore freebies to doctors for prescribing a dosage of its 650 mg tablets.

The petition was filed by the Federation of Medical and Sales Representatives Association of India.

Senior advocate Sanjay Parikh and advocate Aparna Bhat, appearing for the petitioner, told the apex court that the market price of any tablet up to 500 mg is regulated under price control mechanism of the government. However, the price of the drug above 500 mg can be fixed by the pharma company concerned.

Parikh alleged that to ensure a higher profit margin, the company manufacturing Dolo tablets distributed freebies to doctors to prescribe the 650 mg drug. The advocate also said he would like to bring more such facts to the knowledge of the court after a response is filed by the Union government.

A bench of Justices D.Y. Chandrachud and A.S. Bopanna asked the Union government to file its response on the matter within 10 days. It gave one week time thereafter to the petitioner to file his rejoinder.

“This is not music to ears. Even I was asked to have same medicine when I had COVID. This is a serious matter,” said Justice Chandrachud.

The matter will be heard next on September 29.

The CBDT had on July 13 accused the makers of the Dolo-650 tablet of indulging in “unethical practices” and distributing freebies worth about Rs 1,000 crore to doctors and medical professionals in exchange for promoting products made by the pharmaceutical group. The freebies included travel expenses, perquisites and gifts to doctors and medical professionals.

The claims were made after the income tax department had on July 6 raided 36 premises of the Bengaluru-based Micro Labs Limited across nine states.

The Economic Times had reported that the CBDT detected a tax evasion of Rs 300 crore during a search conducted on the pharma company.

After the hearing, Parikh told India Today that the Dolo case was cited as an example, since it is the most recent issue. “For 500 mg paracetamol, pricing is prescribed by the drug pricing authority. But when you increase it to 650 mg, then it goes beyond the controlled price. That’s why it is being promoted so much. This was an example of freebies. There are more antibiotics in the market that are being promoted in different combinations even when they are not required. There must be a statutory framework to control drug formulations,” he said.