Three Cheers for the Pakistan SC, Where Judges Have Looked a General in the Eye at Last

Some people may criticise General Bajwa's extension, but in my view this avoids an unnecessary confrontation, and gives adequate time to the concerned authorities to decide on his replacement as Chief of Army Staff. 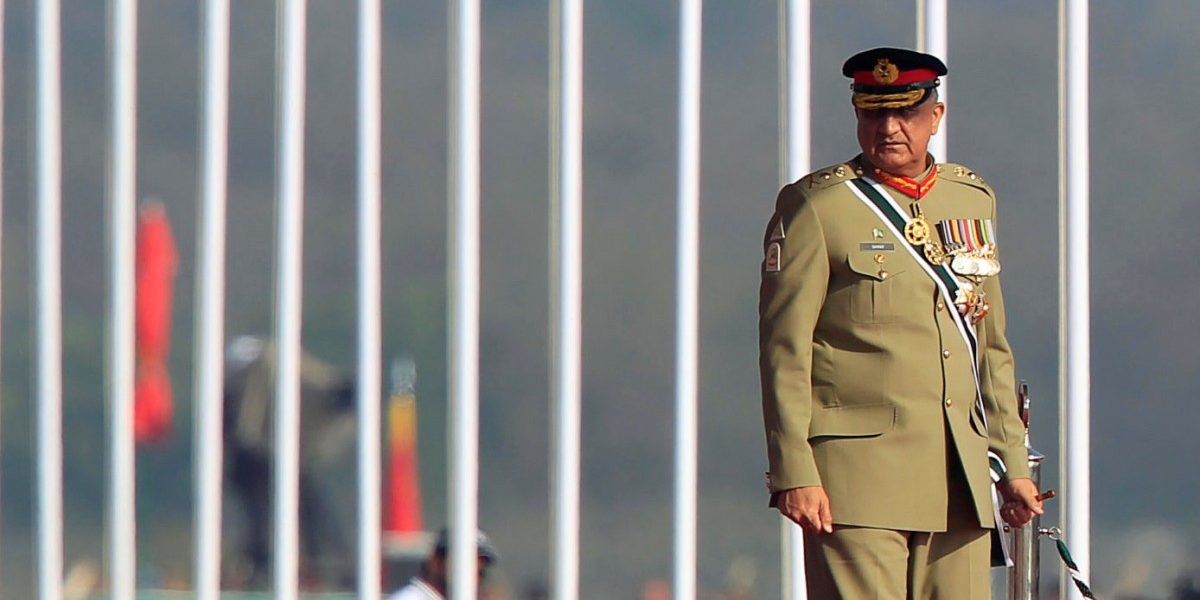 I am still marvelling at what the Pakistan Supreme Court led by Chief Justice Khosa has done by its order dated November 28, 2019, in the case of Jurists Foundation vs Federal Government.

I confess, I simply could not believe they had the guts to do it, for the reason that the past record of the court has been very shabby.

It has often kowtowed before the Pakistan Army, which is perceived as the real ruler of Pakistan.

For instance, at the diktat of General Zia it committed the ‘judicial murder’ of Bhutto, and propounded a novel ‘doctrine of necessity’ to validate army coups. This latest order of the Supreme Court is therefore akin to Chief Justice Coke’s act of courage in the Commendam case of 1616 in opposing King James 1 of England, who claimed the right to pronounce judicial verdicts.

“Power grows out of the barrel of a gun,” said Mao Zedong, and this doctrine was seemingly adopted lock, stock and barrel by the army generals after General Ayub Khan staged his coup in 1958.

For 30 years the army ruled directly, and for much of the remaining period, indirectly, through the cover of a civilian government.

The real seat of power in Pakistan is widely believed to be the Corps Commanders Conference.

When Roman general Pompey the Great went to Sicily, the people of Sicily questioned his jurisdiction on the ground that it was against an ancient law of Rome, to which Pompey replied, “Don’t quote the laws to us, we carry swords “.

General Ayub, General Zia, and General Musharraf were worthy successors of Pompey the Great, as they believed in the same philosophy, and the Pakistan Supreme Court dutifully validated their coups, even though this was in flagrant violation of the then Constitution.

I have earlier written that through the Fauji Foundation, Army Welfare Trust, Shaheen Foundation and other devious organs, the Pakistan military has infiltrated into almost every sector of the Pakistan economy (there is more on this in Ayesha Siddiqa’s book Military Inc).

It was therefore an act of real courage on the part of the Pakistan Supreme Court to question General Bajwa’s extension of term as Chief of Army Staff by three years.

Who could have imagined unarmed judges to stand eyeball to eyeball with the generals?

Even the petitioner, after having filed the petition, later lost courage and backed out by filing an application for withdrawing his petition. The judges could have easily dismissed the petition as withdrawn, but it must be said to their credit that they did not.

The time has surely come in Pakistan to tell generals where they get off, and it was only a courageous Supreme Court bench which could do so.

I have read the short order of the court, and was surprised to read in Paragraph 2 that neither in the Pakistan Constitution, nor in the Pakistan Army Act, Rules or Regulations is there any provision about the tenure of the army chief, or whether he can get an extension or reappointment.

The court, therefore, rightly directed Parliament to legislate on this matter. The court also displayed pragmatic wisdom in granting General Bajwa a six-month extension, by which time the parliament must legislate.

Some people may criticise this extension, but in my view this avoids an unnecessary confrontation, and gives adequate time to the concerned authorities to decide on General Bajwa’s replacement as Chief of Army Staff.

Indeed, if General Bajwa has any self respect, he should himself refuse a further extension beyond six months and should gracefully retire.