The Bill will nullify the Assam Accord and render the current update of the National Register of Citizens (NRC) meaningless. 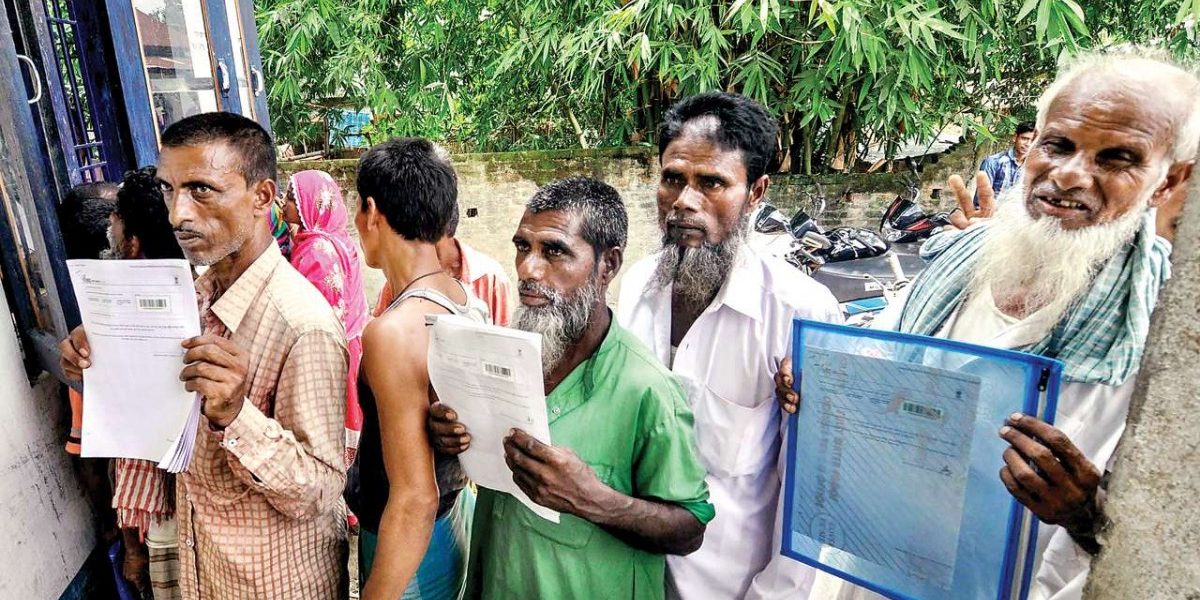 Declaration of religion in citizenship application will render the task of segregating the applications of Muslims from the applicants of the six other groups easier. Credit: PTI

Guwahati: As many as 70 organisations in Assam protesting against the proposed Citizenship (Amendment) Bill 2016 have decided to approach the Supreme Court to challenge the government’s recent notifications on citizenship rules.

“The petition to be filed in the Supreme Court is currently being prepared by Prashant Bhushan, and it will challenge all the notifications by the government on citizenship rules since 2015. It is expected to be filed at the earliest,” said Akhil Gogoi, adviser to Krishak Mukti Sangram Parishad (KMSS), which heads the 70 organisations spearheading the agitation against the Bill.

These groups believe that the notifications by the Modi government have fulfilled the objectives of the proposed Bill to grant citizenship to a section of non-Muslims from neighbouring countries. It was tabled in the parliament two years ago and subsequently referred to a joint parliamentary committee (JPC), which is yet to submit its report. There was no consensus among the members, who suggested 13 amendments to the Bill.

‘Bill will nullify Assam Accord’

The Bill has sparked large-scale protests in the state since it will nullify the Assam Accord, which lays down that foreign nationals would be identified and expelled from the state irrespective of religion. Besides, the current update of the National Register of Citizens (NRC) will also be rendered meaningless if a section of illegal migrants who are left out of the list are granted citizenship. There are unconfirmed inputs that a large chunk of the four million people excluded from the register consist of Hindu Bangladeshis.

Delegates of these groups were on a three-day hunger strike at Jantar Mantar in New Delhi from December 9-11 to register their protest against the Bill. Besides these organisations, another 30 groups led by the All Assam Students’ Union (AASU) have also launched an agitation against the Bill. They have also briefed leaders of other political parties about the adverse implication if it were to be passed in the parliament.

On December 21, the Forum against Citizenship Act Amendment Bill led by Hiren Gohain and other prominent intellectuals from Assam filed a petition in the Supreme Court, making a case for repealing the notifications since they contravene not only the Assam Accord but several articles of the constitution.

The battle against these rules had begun early in 2016 with the AASU approaching the apex court, which, refused to admit a petition. Subsequently, the students’ orgnisation decided to ‘intervene’ in another case being heard by the court on the same issue which has been referred to a constitution bench.

“Our petition was dismissed by the Supreme Court, which is why we decided to intervene in the other cases. Since 2016, the AASU has filed petitions in three cases against these notifications on the citizenship rules including one that has been referred to a constitution bench,” explained AASU adviser Samujjal Bhattacharyya.

On September 7, 2015, the Centre issued two gazette notifications – Foreigners (Amendment) Order, 2015 and the Passport (Entry into India) Amendment Rules, 2015 – to exempt from the application of Foreigners Act, 1946 six non-Muslim minority communities from Afghanistan, Bangladesh and Pakistan who were compelled to seek shelter in India due to religious persecution or fear of religious persecution and entered the country till December 31, 2014. These communities are Hindus, Sikhs, Buddhists, Jains, Parsis and Christians.

Again in 2016, the citizenship rules were amended which stipulated that applicants belonging to these six communities from the three neighbouring countries will be required to pay Rs 100 for application of citizenship and Rs 100 for grant of the certificate of registration. For other applicants, the fee is Rs 500 with application and Rs 5,000 under the Citizenship Act, 1955 for grant of certificate of registration.

Last October, the Ministry of Home Affairs notified the Citizenship (Amendment) Rules, 2018, making it mandatory for a person applying for Indian citizenship to declare his or her religion. Observers are of the view that declaration of religion will render the task of segregating the applications of Muslims from the applicants of the six other groups easier.

Sudden activity on the Bill

After months of uncertainty on the Bill, a meeting of the joint parliamentary committee will be held on December 31 to discuss the amendments proposed by the members. The decision comes two days after a meeting was held between Prime Minister Narendra Modi and Assam chief minister Sarbananda Sonowal which was also attended by BJP president Amit Shah and state finance minister Himanta Biswa Sarma.

It is believed that a strategy has been firmed up at the meeting which also decided that the Bill could be tabled in the parliament before the winter session draws to a close. According to media reports, there is a possibility of the bill being tabled in the Lok Sabha early next month if the committee is able to submit the report by then.

The recently held panchayat polls in Assam, where the BJP emerged as the single largest party, seem to have convinced a large section of the the party’s state leadership that tabling the Bill in the parliament would not fuel large scale protests.

Meanwhile, the JPC’s decision to convene the meeting has activated the organisations leading the protest to plan a renewed phase of agitation next month. Addressing the media, KMSS adviser Akhil Gogoi minced no words to denounce the BJP-led government’s decision to support the Bill and said that representatives of all the 70 groups would assemble on January 2 to decide on the next course of action. On Saturday, the AASU called on chief minister Sarbananda Sonowal to reiterate its demand of repealing the Bill.

Rajeev Bhattacharyya is a senior journalist based in Guwahati.